Previous post
9/11: We collectively said, "We will never forget." We haven't. [LINKS] 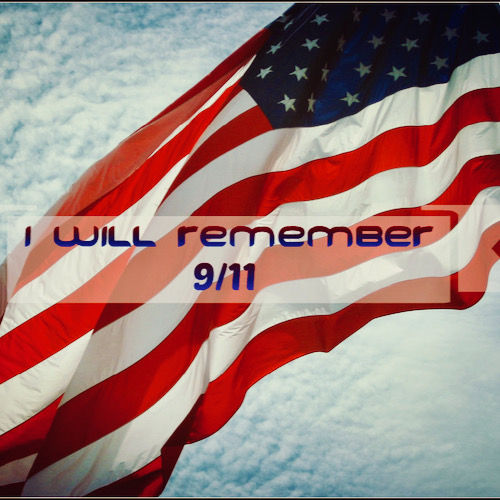 Superman. That’s who we want our heroes to be all day every day. 9/11 brought that into sharp focus. Five For Fighting’s John Ondrasik eloquently sang of them during the Concert for New York on October 20, 2001.

The years after showed how many Supermen we’d need.

From our Horse Soldiers in the mountains of Afghanistan, to our infantry in Iraq, far too many had to deal with house to house situations, got blown up, or lose their lives, most recently during the time of the last evacuations from Kabul just a few weeks ago,

Superman. We expected much and still do so of so few. I am, as all our readers know, a prominent supporter of our military. However, I am ALSO a supporter of so many of our other unsung Superman heroes!

It’s Chuck with Hero Labradors, who got blown up in Iraq, recovered after multiple and I mean multiple surgeries and went back to work. Now retired, he breeds lab puppies that are then GIFTED to organizations who train the dogs to be service dogs for soldiers and first responders.

It’s people like our 68W medics (including my husband) who ran hospitals, participated in surgeries, and made sure our wounded soldiers were cared for and headed home to be with their families.

It is the soldiers who’ve had multiple and I mean NINE or more, deployments since 2001, who stand for us at the tip of the spear every day.

It is the soldiers who, after we lost thirteen brave men and women last month, picked themselves up and kept at their job in Kabul even as their hearts were aching.

Just after 9/11 we heard the amazing stories of those who saved us all. The ones who readied coffee pots and shouted “Let’s Roll!” along with those such as Rick Rescorla, after surviving Vietnam, broke into song and led hundreds to safety.

It is the story of the man who, after being diverted to Omaha, rented a van and helped seven other Coloradoans get home free of charge.

On September 11th, 2001 my dad caught a flight in Ohio to fly home to Denver. He was there on business and was anxious to get home to see his family. (1/11)

To him, seeing those people make it to their families when the country was being attacked was the only thing that mattered to him. Many of those people kept in touch with him for several years after 9/11/01. It warmed his heart. We were so proud of him. We still are. (8/11)

Today, let’s look at what the terrorists didn’t take away from us.

Children of those we lost that day are grown and have now gone on to become firefighters, and police officers.

Sixty-five on-duty members of the FDNY lost their first-responder fathers in the Sept. 11 terror attacks, or watched them die of diseases caused by toxic smoke and debris at Ground Zero.

These young Bravest — including three women — decided to honor their fathers’ courage and sacrifice by following in their paths.

Children who lost parents on 9/11 and through a strange quirk of fate, found each other and years later are getting married.

The first time they met, Edward Seaman and Julia Coombs were attending a camp in Belfast, Ireland, for teenagers who had lost parents to terrorism.

The second time they met, Mr. Seaman saw Ms. Coombs walking toward him at orientation at Loyola University Maryland. To his blushing dismay, Mr. Seaman promptly spilled his Diet Coke all over the lunch table.

Within a year they had fallen in love. Now they are planning a wedding by the ocean in Newport, R.I., in October.

The ceremony will include tributes to their fathers, both killed in the Sept. 11, 2001, terrorist attacks on the World Trade Center. Ms. Coombs and Mr. Seaman say they feel grateful to have found a partner who knows what it is like to endure sudden, lasting heartache from such a public tragedy. On the 9/11 anniversary, they often walk across the Brooklyn Bridge together to see the lights shining from the Manhattan memorial.

Children in the daycare at the Pentagon on that day are now serving our country.

Since 9/11, twenty years ago, there are many who have been and are the Superman Five For Fighting’s John Ondrasik sings of.

We don’t know them all, but as we look around, we realize we see them every day. It is the families of our service men and women who kept the home fires burning bright while they were on deployment. It is the Gold Star families who continue on and have helped teach so many about grace and strength while dealing with the loss of a loved one on the battlefield. It is our first responders, and the members of the military. It is ALSO you and I, AMERICANS who strive to keep the flame of freedom burning bright.

As we remember the beauty of that Tuesday morning,

I was asked to cut new live performances of Superman and Tuesday for 20th anniversary of 9-11 music special. Here is "Tuesday". #NeverForget https://t.co/wPG9uh0CFZ

Let us never forget that from tragedy came strength, grace, purpose, and multitudes of Supermen. All whom are America at its bravest and finest.