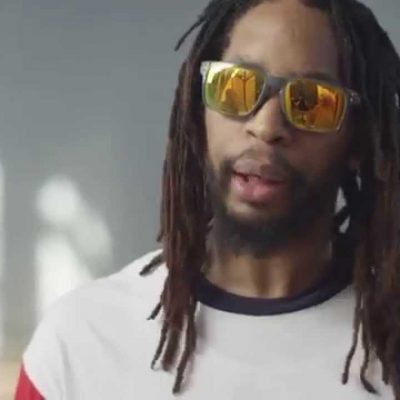 Next post
Quote of the Day: Trump Supporters and Willful Ignorance 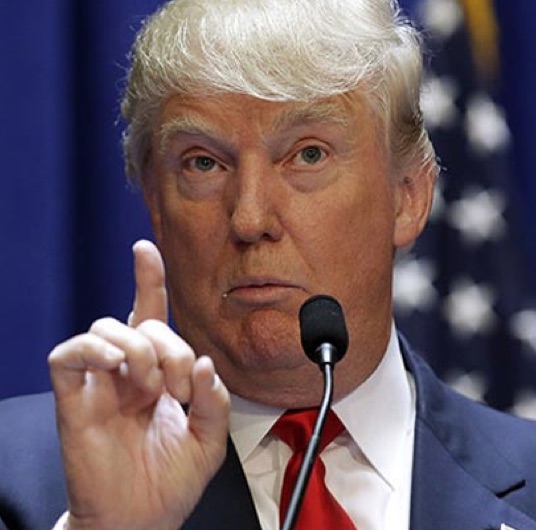 Donald Trump reportedly announced yesterday that he’ll hold a press conference from Florida following this evening’s Super Tuesday returns. No doubt words like “loser,” “leightweight (sic),” and “chocker (sic)” will be invoked. He’s also reportedly said he’ll sweep, declare the race over, and won’t participate in further debates. How convenient, given the debate scheduled for Thursday evening on FOX that includes—drumroll, please—Megyn Kelly. Newsflash, Donald: You’re not a King, and you don’t get to decree the nomination won. This is still America, where we have free and open elections, oft tainted as they are. And many of us find the debates quite eye-opening, like last week when the Cuban Sandwich ate your lunch. So why might The Donald skip Thursday’s FOX Debate from Detroit? Methinks these five reasons might be of concern:

Unless you’ve just returned from Siberian exile, you’re aware of the month’s-long, one-way faux feud Donald Trump has waged with Megyn Kelly after she had the audacity to do what the liberal media will do en masse should he become the nominee: Ask him about his history of tasteless remarks about women. A refresher:

Will Donald have the cajones to show up and face mean ‘ol Megyn, or will he hide in his mansion like he did pre-Iowa, and cede the debate to the other four contenders?

How difficult is it to kick white supremacist David Duke, the KKK, and racism to the curb? Well, apparently it’s not that easy if you’re Donald Trump:

.@AriFleischer: "[Trump] does reach quick conclusions about other groups…but the KKK, he needs more time to study it. That gives me pause"

Twisted pretzel, anyone? Then he offered this excuse:

Ah, yes. The ‘ol “my earpiece was defective” excuse. That’s like a six-year-old claiming the vizsla devoured his homework. Lame. Do I think Trump supports racists? No. But why not just say that, clearly and without the unnecessary gibberish? Next thing we’ll hear is that a hard drive over at the New York Times is conveniently fried, along with all of its contents. To what am I referring, you ask? Well, seems The Donald may have his own secret-tape transgression:

It’s a mushrooming story that originated on BuzzFeed, and has caught the attention of Ted Cruz and Marco Rubio:

After a dispute over Trump’s suggestion of tariffs on Chinese goods, the Times released a portion of the recording. But that was from the on-the-record part of the session.

On Saturday, columnist Gail Collins, one of the attendees at the meeting (which also included editor-in-chief Dean Baquet), floated a bit of speculation in her column:

“The most optimistic analysis of Trump as a presidential candidate is that he just doesn’t believe in positions, except the ones you adopt for strategic purposes when you’re making a deal. So you obviously can’t explain how you’re going to deport 11 million undocumented immigrants, because it’s going to be the first bid in some future monster negotiation session.”

Sources familiar with the recording and transcript — which have reached near-mythical status at the Times — tell me that the second sentence is a bit more than speculation. It reflects, instead, something Trump said about the flexibility of his hardline anti-immigration stance.

Mr. Art of the Deal, who frequently boasts that his expertise is in getting exactly what he wants from his opponents, would never schmooze Republicans into nominating him by telling us exactly what we want to hear, sans sincerity, would he? No. Never! It’s an easy fix: Ask for the tape’s release, Donald.

4. SHOW US THE TAX RETURNS

During last week’s debate, Trump gave this excuse as to why he hasn’t released his tax returns:

…and continued with that narrative post-debate:

Why has Trump been audited every year for the past twelve years, and why can he not simply release the returns that have already been audited? Even a former IRS agent says it’s unusual:

“If the IRS examines your tax return and finds no issues they will not audit your return again for two years,” Alan Olsen, managing partner of accounting firm Greenstein Rogoff Olsen & Co., told Bloomberg. “If returns are properly prepared, the IRS typically goes away.”

Thus, he said, it would be “very unusual” for the IRS to audit Trump 12 years straight.

Donald Trump has a documented history of making threats to those whose speech he dislikes, and as recently as this past weekend has promised, if elected, to “open up” the libel laws making it easier for people like him to sue journalists whose speech he finds false or defamatory:

Sounds eerily familiar to Eric Holder abusing his power by subpoenaing FOX’s James Rosen. Seems Mr. Trump should first take a class in libel law 101, and then pick up a Constitution. You see, Donald, we have this little thing called the First Amendment that protects freedom of the press, and free speech. You may like the way England punishes its citizens for speaking their minds, but that’s not what we do here in America. It’s called a constitutional right. I suggest you familiarize yourself with it, and stop threatening those whose job it is to scrutinize our elected officials. Learn it. Love it. Or move to England.

He’d best put on his big-boy britches should he become the nominee, because if Rubio is right, and he likely is, the media is patiently waiting to unleash the hell hounds on the likes of Donald Trump. Here’s a preview of what awaits The Donald, from Ben Shapiro over at the Daily Wire:

And you can bet that’s just the tip of the cavernous oppo research file the media has amassed on Donald Trump. It wouldn’t be at all surprising if he suddenly falls ill come Thursday morning.