Next post
Biden Tries For Happy Face On Afghanistan Chaos 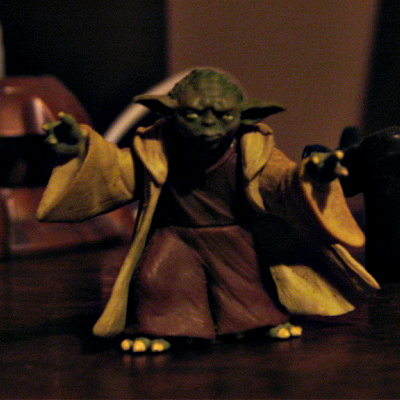 On the ABC program “This Week” with substitute host Martha Raddatz, Lloyd Austin said that the United States would “try” to get everyone who wanted out of Afghanistan out. In my head, I heard Yoda say “Do or do not. There is no try.”

Here, ladies and gentlemen, is your Secretary of Defense:

"We're going to try our very best to get everybody—every American citizen who wants to get out, out."

EXCLUSIVE: @MarthaRaddatz presses @SecDef Lloyd Austin on whether Americans and Afghan allies will be evacuated by the Aug. 31 deadline. https://t.co/w2SQReUj8X pic.twitter.com/dIlvuByyVz

I know that Yoda is a fictional character in the Star Wars universe, but Yoda sounds a lot like my Marine Corps father, currently on a Heavenly deployment. Growing up, I didn’t know any military officers, but I did know lots of enlisted. I thought that doing, not trying, was every day thinking. As the mother of an Army officer, I have never seen my son try. I have only see him do. He has his Rigger Tab, and I love the Rigger Creed. There is no try in the Rigger Creed, there is only do.

I will remember always that the other man’s life is as dear to him as mine is to me.

I will never resort to guesswork, as I know that chance is a fool’s gold and that I, a rigger, cannot depend on it.

I will never pass over any defect, nor neglect any repair, no matter how small, as I know that omissions and mistakes in the rigging of a parachute may cost a life.

I will keep all parachute equipment entrusted to my care in the best possible condition, remembering always that little things left undone cause major troubles.

I will never sign my name to a parachute inspection or packing certificate unless I have personally performed or directly supervised every step, and am entirely satisfied with all the work.

I will never let the idea that a piece of work is “good enough” make me a potential murderer through a careless mistake or oversight, for I know there can be no compromise with perfection.

I will keep always a wholehearted respect for my vocation, regarding it as a high profession rather than a day-to-day task, and will keep in mind constantly my grave responsibility.

The brutal incompetence of Lloyd Austin just keeps getting worse. We were always told that the Pentagon and plans for every contingency. But, in his interview with Martha Raddatz, Lloyd Austin came off as knowing nothing about anything:

From the ABC article about the interview:

Austin said early U.S. intelligence estimates varied widely as to how long the Afghan government could last against the Taliban after a U.S. military withdrawal.

“There were assessments that ranged initially from one to two years to, you know, several months, but it was a wide range of — of assessments,” Austin said. “As the Taliban began to make gains, and then we saw that in a number of cases, there was less fighting and more surrendering and more forces just kind of evaporating, it was very difficult to predict with accuracy.”

Maybe the SecDef was too busy looking for extremists in the military to read any newspapers. Also, our military personnel taught the Afghan National Army to fight with close air support and then removed the crews that work on the planes. So, um, we abandoned the Afghans and then wondered why they wouldn’t fight. This withdrawal from Afghanistan that Austin’s Pentagon had to ask for help from the U.S. corporate airlines, as Nina wrote today.

The great Brit Hume tweeted this out:

Not sure I agree with calls for firing of Biden advisors Sullivan, Blinken, Austin & Milley. What good would a new set of advisors do when it's increasingly evident he did not listen to those he has? Too bad for them the now have to try not to contradict his lies too obviously.

Oh, I totally disagree. They have to go now. They have all violated their oaths of office. They cannot remain. A totally new set of advisors is necessary. If Biden tries to order them to do something, they can refuse and grab the nearest television camera.

After Austin resigns, he can go to Dagobah and learn from Yoda. 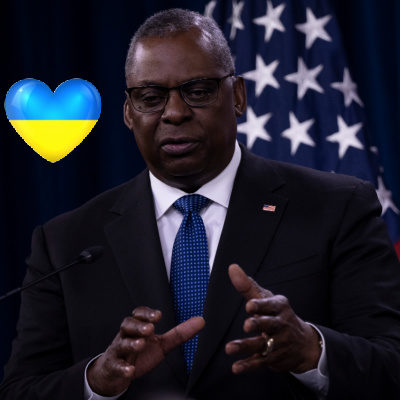