Previous post
#ProtestPP will be in action on October 10, 2015

Why Is The Chairman Of Google’s Parent Company Trying To Get Hillary Clinton Elected?

Why Is The Chairman Of Google’s Parent Company Trying To Get Hillary Clinton Elected? 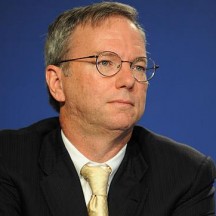 The links between the worlds largest online search engine company, Google, and the Democratic party are stunning when you know where to look for them. The head of the Clinton campaign’s technology arm is former Google Executive Stephanie Hannon. There are many former Google employees at the higher strata of the White House’s technology staff as well.

Michael “Mikey” Dickerson is the head of the U.S. Digital Service and was recruited from Google when the Obamacare website, healthcare.gov was floundering. The former manager of Google Finance and co-creator of Google Moderator, Katie Jacobs Stanton is the former head of citizen participation for the White House.  But none of these are as close to those working to put Hillary in the White House as Eric Schmidt. If you are not familiar with Mr. Schmidt let me acquaint you. This is the executive chairman of Google’s parent company Alphabet. He is worth approximately $10 billion according to Forbes.com and he is the head of a company called The Groundwork.

What does The Groundwork do? That is unclear at this point, but it is what they are capable of doing that should make everyone sit up and take notice. Obama’s 2012 technology team likes to downplay their role in his re-election, but not many people will argue with the fact that they played a major part in it.

“The 2012 campaign’s analytics team constructed a complex model of the electorate to identify 15 million undecided voters that could be swayed to Obama’s side. They drew on databases which compiled a comprehensive record of voters’ interactions with the campaign—Facebook pages liked, volunteer contacts, events attended, money donated—and assigned them a score based on how strongly they supported Obama.”

The 2012 election cycle is where technology and politics converged for the first time to create a major force multiplier.  With the help of technology the team was able to save the Obama campaign $40M in their ad buys and allowed them to target hard to reach voter demographics. After the Obama re-election campaign wound down, Schmidt moved to finding talent and building his start-up, The Groundwork.

The Groundwork is the Clinton campaigns largest vendor. In just the second quarter of 2015 they billed the campaign $177,000. Schmidt also sees an opportunity for The Groundwork to help utilize technology and algorithms to help private companies more effectively allocate their marketing budgets. But in the political sphere, they are another way for technology to help shape the future of American politics. Much like Customer Relationship Management (CRM) software has revolutionized the sales process, The Groundwork seeks to do the same with voter information.

“…the Groundwork has been tasked with building the technological infrastructure to ingest massive amounts of information about voters, and develop tools that will help the campaign target them for fundraising, advertising, outreach, and get-out-the-vote efforts—essentially to create a political version of a customer relationship management (CRM) system, like the one that Salesforce.com runs for commerce, but for prospective voters.”

This is where 2016 will be won folks, in the land of technology and across social media. The political consultants have met their match in the technologists. 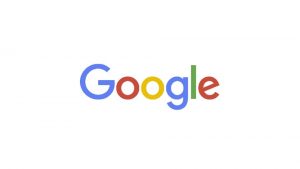 Big data will win the next election, and so far, the big players are on the opposite side of the fence.