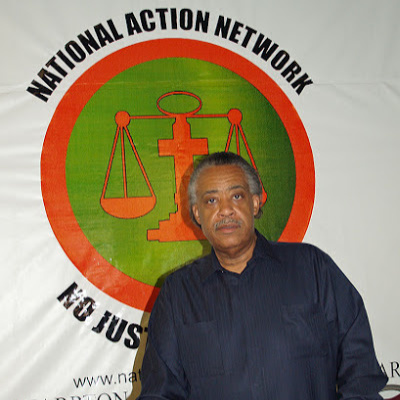 Previous post
Salon; Who Is The White Al Sharpton?

When Everything is Racist, Part Deux 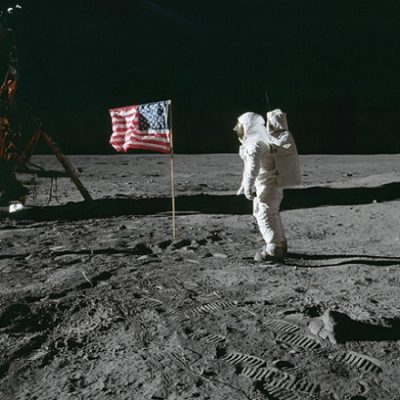 Next post
Apollo 11 Celebration Brings Out Inner Soviet In Media

When Everything is Racist, Part Deux

A couple of years ago, I wrote that when everything is racist, nothing is, pointing out that “racism” has become a form of mass hysteria that describes everything with which the wokies (worshipers of the “woke” culture) disagree. Little did I know how much worse that trend would become!

Racism is no longer just the magical shield of the incompetent and ignorant that protects them from criticism and from exposure to new ideas. Racism is now the puppet of the absurd who are vying for the coveted prize of “Biggest Victim” or the title of “Best Ally to Victims,” probably in hopes that the wokie mob eats them last.

And make no mistake, they will gobble up allies who don’t toe the most absurd of claims by pointing to them as racist!

Remember when “The Walking Dead’s” Negan was branded as a racist using the old rhyme “Eeny, Meeny, Miney Moe” to choose which victim would meet his beloved Lucille – bat wrapped in barbed wire? That one prompted my husband to immediately purchase a T-shirt with “Eeny, Meeny, Miney Moe” on it and wear it in public as much as possible to give the wokies the vapors.

Well, the racist theater of the absurd is just getting started, boys and girls.

It’s en vogue to condemn white people – completely unironically – for things so completely human, one has to wonder if the wokies are simply misanthropes who hate everyone for the sake of signaling their virtue. Judging by their push to abort as many new humans as possible and bizarre death cults such as the unhinged Church of Euthanasia, which seeks to restore “balance between Humans and the remaining species on Earth” by encouraging frothing lunatics to off themselves to reduce the earth’s population, that’s not an outlandish analysis.

But the wokies are worse than just simple misanthropes. They don’t merely hate humans. They worship the open, oozing sores of victimhood. They genuflect at the altar of incompetence and bathe in the most creative excuses for failure. And in their frothing zeal to validate failure, ignorance, and entitlement to other people’s means, the wokies are working to destroy anyone who has achieved anything in their life while at the same time sporting an insufficient amount of melanin in their skin by claiming they’re either racist, or have accomplished what they have because of privilege or racism.

The most absurd thing I’ve seen all week is this gem from a very white Twitter wokie who suggests that the reason white people own dogs is because they miss having slaves. No, this is not a joke. This is coming from a very white person, who claims to be an equestrian, and who is obviously in competition for “Most Woke” this week.

Unpopular opinion: white people love dogs so much because deep down they miss owning slaves. They love the owner and master dynamic, desperate for something to control.

So apparently, having a dog, cuddling, loving, playing with, and spoiling your dog is racist (but being an equestrian, riding an animal for your own entertainment and forcing it to carry your woke, entitled ass on its back) is perfectly OK.

But if you think she’s the only wokie nutjob on Twitter vying for the “Biggest Virtue Signal” prize, you haven’t seen Twitter lately. It’s a cancer riddled with such complete insanity, that one feels the need to take a shower in boiling Listerine and scrub with Brillo pads after delving into that malignant cesspool.

From the “What the Fuck Did I Just read” files, comes “Hitler was a woke ally of the black people” crowd, who claim that Der Fuhrer was simply trying to cleanse the world of the evil white Jews to usher in an era of the “true,” Hebrews of color. Yeah, here’s derp I was never taught in them evil, white, racist schools!

Any attempt to educate or contradict this genius in comments has been met with the ever so erudite “you’s a dumb mothafukka” rebuttal.

In May, some white wokie claimed that states that are working to ban abortions have the highest concentration of white women living there, and therefore, banning abortion must be… uh… RACIST! Damn those white people and their efforts to ensure more black babies are born into this world! We can’t possibly have that! Another wokie twisted itself into a pretzel trying to justify this bizarre contradiction. You see, if black women are forced to have more black babies, they’ll become black adults, who will then be crammed into for-profit prisons in which white people own stock.

But if you think that’s absurd, your efforts to communicate properly are a “tenet of white supremacy,” according to this… uh… activist. Apparently, she believes black people should be given special dispensation when they butcher the English language. Because it isn’t racist to imply that people of color are less literate and less able to learn effective communication than whites are, right?

A Dutch wokie (a very white professor at the University of Utrecht) has recently written an op-ed for the Washington Post, claiming that the Lion King – yes, Disney’s Lion King – is fascist. Not based on Shakespeare’s Hamlet, but racist, ableist, and fascist.

The author and the Washington Post got rightfully castigated for the complete stupidity of this piece.

In the article, Utrecht University media studies professor Dan Hassler-Forest argues that the “nostalgic”-feeling Circle of Life scene is “a painful reminder of the film’s ideological agenda: It introduces us to a society where the weak have learned to worship at the feet of the strong.”

“‘The Lion King’ offers us fascist ideology writ large, and there is no obvious way out for the remake. … With the lions standing in for the ruling class, and the “good” herbivores embodying society’s decent, law-abiding citizens, the hyenas transparently represent the black, brown and disabled bodies that are forcefully excluded from this hierarchical society,” Hassler-Forest wrote.

And Knowles is correct. The left is so culturally illiterate, that they have elevated the craziest and most ignorant among them to positions of authority – both moral and cultural.

The fact that Hassler-Forest is allowed anywhere near a classroom to warp young minds is an abomination!

The fact that anyone takes Occasional-Cortex seriously when she claims that House Speaker Nancy Pelosi is targeting her and the other Sows of the Derpocalypse because of their color is mind-numbing.

The fact that no one has throat punched Beto O’Rourke for denigrating our nation’s founding, while running for the highest office in the land is surprising.

When the left studiously ignores Ilhan Omar’s evil anti-Semitism, panders to her hatred of our nation because somehow it’s our fault for disappointing that malignant cuntsore, and then claims that any condemnation of her pestilential hostility toward the very country that saved her life is connected to her skin color, it’s abhorrent to the very concept of morality and ethics and denigrates and erodes the very real experiences of many people who were real victims of hatred, not the contrived victims of alleged hatred because someone challenged their worldviews.

When the left unironically seeks the “white Al Sharpton” (because obviously one lying race huckster is just insufficient for their needs), it’s quite clear that they’re so far removed from real racism that they’re simply inventing grievances.

And when the unhinged leftists claim that any criticism of a person of color or a female must be connected to racism, misogyny, or bigotry, they ignore the plight of the Yazidi women at the hands of ISIS. They diminish the abuses against Jews by Labour in the UK. They defecate on the violence against women in South Africa.

They become blind to very real abuses that still exist in the world in their zeal to direct attention on those who simply seek to appropriate grace – much like they work to steal means they haven’t earned.