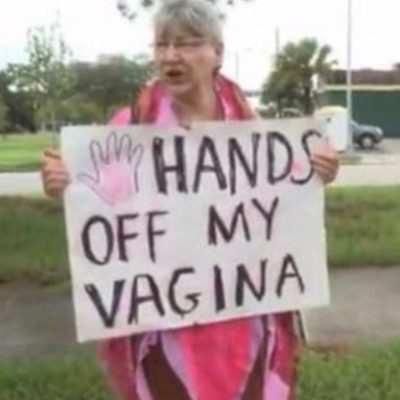 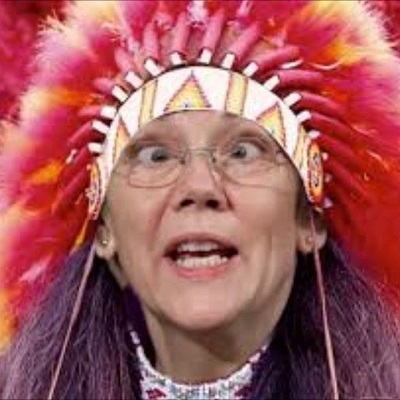 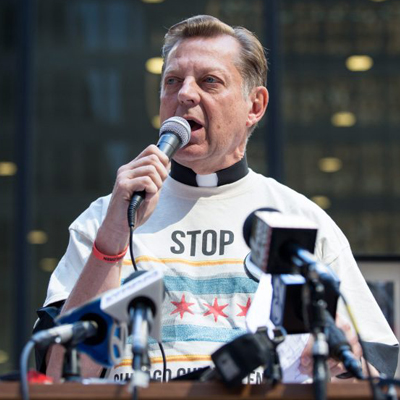 If you’ve ever lived in or around Chicago, you know that the traffic is fierce. You also know that the Dan Ryan Expressway is a major north-south artery in a spaghetti-bowl of urban highways that runs through the city. 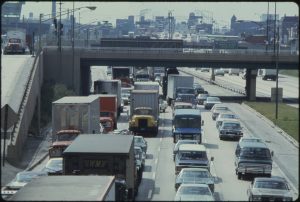 . . . was totally blocked by over a thousand protestors.

That’s what happened in Chicago on Saturday, when marchers completely shut down five northbound lanes of the Dan Ryan. Why? Because they were protesting Chicago’s high crime rates, especially on the city’s south side.

At first city officials decided to let the marchers take up two lanes of the Dan Ryan. But that wasn’t good enough for Fr. Pfleger. No, he and his band of merry marchers shut down the entire five lanes of highway, for a stretch of  1.5 miles. 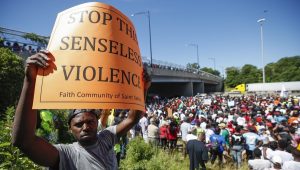 The Guv was not amused at Pfleger’s shut down tactics, and especially with Emmanuel giving in to his shenanigans. So he tweeted:

“I am calling on the Mayor to take swift and decisive action to put an end to this kind of chaos. I will work with him in good faith and urge him to do his job so that the people of Chicago feel safe.”

To which Emmanuel replied:

Now if the name “Father Pfleger” rings a bell with you, but you just can’t place who he is, perhaps his antics from ten years ago will jog your memory:

Yeah, racist outrage is his modus operandi, isn’t it?

And, ever the huckster, Fr. Pfleger claimed victory for screwing up a Saturday for Chicagoans who just wanted to travel about the city.

In fact, he even claimed that “the people won today.”

Oh really? And tell me, good Father, just how do you propose ending the cultural decay which infests the high crime areas of Chicago? By taking away guns? And who will still have guns? Bingo! the criminals, of course.

Because it’s the collapse of the family structure which leads to gangs and drugs and murder.

Consider this: Just last month, during June, Chicago experienced a total of 57 homicides, with 289 people shot and wounded. And in 2017 the Reaper’s bill came to 681 bodies.

Even more shocking is this: in Chicago, here in July, someone is shot every three minutes, and someone is murdered every 16 1/2 minutes.

So how will Father Pfleger’s band of protestors stop that carnage? Because it wasn’t the gang bangers or the drug lords who marched in that parade on Saturday, was it?

It breaks my heart to see the decline of Chicago. It’s because I grew up near the city, in northwest Indiana.

Now Chicago has always been a cold and gritty place, to be sure, but I have fond childhood memories of Chicago — like the Art Institute, the Museum of Science and Industry, and Marshall Field’s on State Street. The city still has first class attractions and marvelous restaurants. And how about those Cubs?

But all of Father Pfleger’s marches and all the shut-down highways will do nothing to stop the rampant violence in Chicago. Because none of those stunts can cure the rot in Chicago’s soul.