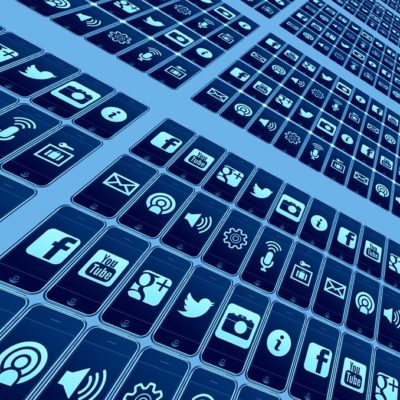 Next post
From The VG Bookshelf: Thank You For My Service 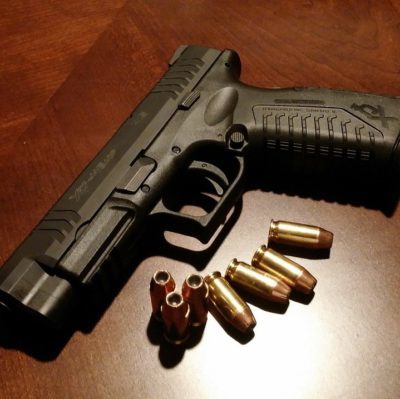 Like it or not, our country is at a crossroads. With increasing pressure from the media, liberal politicians and all those vocal Hollywood so-called stars, our Second Amendment rights are under assault. The slow erosion faces the very real potential to become a landslide that will see the federal government seizing our weapons and telling us it’s all for our own good. It doesn’t help when venerable corporations like Walmart and Kroger succumb to pressure and fall in line like good little sheep to insure the only people with access to weapons are those who shouldn’t have them.

The short version of what the two “stores” are planning is this: Walmart will no longer sell handgun ammunition once its current supply is gone. It, along with Kroger, are also asking people not open carry on their premises. You see, apparently there are folks who are “uncomfortable” at the just thought of someone legally carrying a weapon in the same large store they might be in.

The longer version is even more chilling for supporters of the Second Amendment.

This is from Walmart head, Doug Macmillon, to the company’s “associates”:

Today, we’re sharing the decisions we’ve made that go further:

But he hopes the “inconvenience” this will cause its customers is something “they will understand.” The new focus is supposedly only hunting guns and apparel. Riiight. This is all about knee-jerk reactions to terrible events without waiting for the full reports to come out from the law enforcement agencies involved in the various investigations. It is all about giving in to the pressure of the anti-gun crowd.

Macmillon does admit, although not in these words, that the “request” customers not open carry in their stores is because there have been a few folks who weren’t comfortable seeing a gun being carried by someone legally allowed to do so. Oh, then there are those instances where people legally carried into the store and someone overreacted and caused stores to be evacuated.

But this is all for the safety of its customers. Stop selling ammo, stop people from open carry and no one would dare come into their store with ill-intentions. At least not with a gun.

Sure, that’s going to work.

So what is the real reason behind this latest move by Walmart? The New York Times nails it, in my opinion.

And while it remains a dominant force in rural America, Walmart is betting much of its future on growing its e-commerce business in East and West Coast cities and suburbs, where potential shoppers tend to hold more liberal views, including on the need for more gun restrictions.

That certainly makes more sense than cutting out a solid income stream when other actions could be taken to help prevent repeats of the shootings in El Paso and elsewhere.

Not to be outdone, Kroger has also announced that it is “asking” its customers not to open carry in its stores.

Kroger is respectfully asking that customers no longer openly carry firearms into our stores, other than authorized law enforcement officers,” Jessica Adelman, group vice president of corporate affairs, said in an emailed statement. “We are also joining those encouraging our elected leaders to pass laws that will strengthen background checks and remove weapons from those who have been found to pose a risk for violence.”

At least their request for expanded background checks includes the proviso that a person be “found to post a risk for violence” before being denied the right to own a gun. Of course, as with Walmart, Delta and other companies urging much the same thing, there is no explanation of what sort of evidence will be necessary for such a finding or who would make it. The potential for abuse is high and if it doesn’t scare you, it should.

So, how are Walmart and the others going to deal with open carry where it is legal without actually banning it?

According to the New York Times, Walmart associates will be trained to approach those who enter the store while openly carrying and in a “non-confrontational” way ask the customer to either hide the weapon or remove it from the premises. Pardon me while I laugh hysterically. What is going to happen is something very different. In fact, it is something Dan Bartlett, Walmart’s executive vice president for corporate affairs, laid the groundwork for.

In some cases, the store may say nothing to customers with weapons if they seem innocuous. If customers or employees feel unsafe around someone openly carrying a gun, the store will contact the authorities.”

What this means is someone can be minding their own business, doing nothing to bring undue attention to themselves other than carrying a gun on their hip and have the cops called on them because someone doesn’t feel safe. It doesn’t matter if the person is being reasonable in their “feeling”. Their feelz will trump the other customer’s legal right to carry a weapon.

I don’t know about you, but this new policy does not make me want to visit the local Walmart or neighborhood Kroger. While telling customers who want to avail themselves of their legal right to open carry they aren’t welcome to do something that is legal, they are also announcing to the criminal element that they are open for business. Come inside and help yourself because no one here is going to be in a position to stop you.

Yes, it will become that bad. Once we go further down the slippery slope of gun control, it isn’t long before law abiding citizens will not be allowed the right to carry concealed. How long after that will it be before we will no longer be able to buy a gun for protection or for hunting?

Remember, Beto O’Rourke has said he will force us to turn in certain firearms if he’s elected. Other Democratic candidates have said the same and have even gone further.

The Kroger statement about its new policy mentions “the growing chorus of Americans who are no longer comfortable with the status quo and who are advocating for concrete and common sense gun reforms.”

Most Americans agree there needs to be common sense gun reform. But that doesn’t mean further restricting our right to bear arms. It doesn’t mean letting cops break down our doors and confiscate our guns on the suspicion that we might, at some future time, commit an act of violence because we said we wished ill on someone. It certainly doesn’t mean “keeping firearms out of the hands of those at risk for violence.” Why? Because who is “at risk for violence” and how is that determination made?

What none of those advocating for stricter control refuse to admit is that stripping weapons out the hands of citizens who respect the law will not stop gun violence. Those intent on getting a gun for evil purposes will find a way. If they can’t, they will resort to other means of doing violence. Look at knife violence in Great Britain. Consider how easy it is to create a Molotov cocktail. The ways to commit violence are limited only by our imagination. Removing guns from the equation won’t stop what’s happening.

Walmart, Kroger, Starbucks and others have made the decision to prevent Americans from exercising their legal right to carry, wither openly or concealed. That is their right. Just as it is my right to choose not to spend any of my money in their stores. How you decide to respond is up to you. But if we let this latest round of the assault on our right to bear arms to go unchallenged, it will be even more difficult to stop the slide down that proverbial hill when the next onslaught begins.