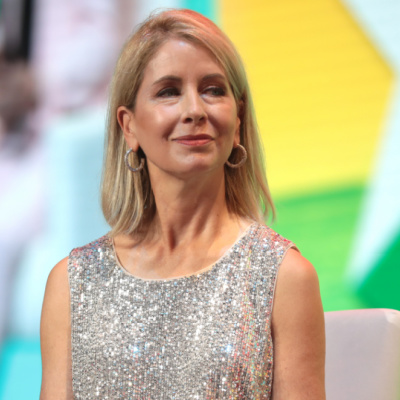 The Republican Party cannot abide the thought of winning. Republicans WERE expected to hand the Democrats a solid thumping in November. “WERE” because there is four months for the Repubs to screw up before Novembe r, AND because there are trifling people like Illinois Representative Mary Miller. Miller, a freshman congresswoman running for reelection, was called up to the stage at the Trump Rally on Saturday. She made a gaffe that is Biden-worthy. She thanked Donald Trump for his Supreme Court picks and said that overruling Roe v. Wade was a “victory for White life”. You cannot make this stuff up, folks. Republicans just don’t want to win.

“President Trump, on behalf of all the MAGA patriots in America, I want to thank you for the historic victory for white life in the Supreme Court yesterday,” Rep. Mary E. Miller (R) said at the rally Saturday night in Mendon, Ill., referring to Trump’s former campaign slogan, “Make America Great Again.”

She began clapping her hands as spectators, some clutching red “Save America” placards, also began to applaud.

Oof! The Left is apoplectic that they won’t be able to murder enough babies to appease Moloch, and now we have given them White Supremacy. Why didn’t Mary Miller offer to drive Pro-baby murderers to the polls in November? She might as well have. Here is the video:

Her remark drew widespread condemnation on social media, and Miller’s team swiftly issued an explanation for what it deemed to be “a mix-up of words.”

Miller’s spokesman, Isaiah Wartman, told the Associated Press that the Illinois Republican misread her prepared speech and was supposed to declare the divisive court ruling a victory for the “right to life.”

Yeah, um, sorry no. She said “Victory for White Life” and it rolled right off her tongue…as if she had said it before. Mary Miller has to be super-extra careful. She is a White woman. Second worst thing you can be, right after a White man. Mary Miller is not a racist. She has 17 grandchildren and not all of them are whiter than white.

Miller has had a gaffe of sorts in the past regarding Adolf Hitler:

Rep. Mary Miller was speaking at a rally in Washington, D.C. when a Twitter user posted video Tuesday showing a portion of her speech.

“If we win a few elections, we’re still going to be losing unless we win the hearts and minds of our children. This is the battle,” Miller is heard saying in the footage. “Hitler was right on one thing. He said, ‘Whoever has the youth has the future.’”

“Hitler got nothing right,” Pritzker said during an unrelated press conference. “This reprehensible rhetoric has no place in our politics.”

Oh spare me the outrage. Miller was right. Indoctrinating the children does run the future, but Mary was on notice. She is in the crosshairs.

I first got notice of the “Victory for White Life” comment when a BLM friend of mine put, “They have taken their hoods off.” as her Facebook status. So I checked twitter. Sure nuff.

Trump at a hate rally with Republican Congresswoman Mary Miller — who says the Roe decision is about protecting “white life.” The crowd cheers.

Again, for the zillionth time, anyone who supports this is a white supremacist. Literally. pic.twitter.com/heS2Gtip9F

Miller NEEDS to be very careful on a go-forward basis. The Republicans NEED to win. We can’t afford any more oopsies.