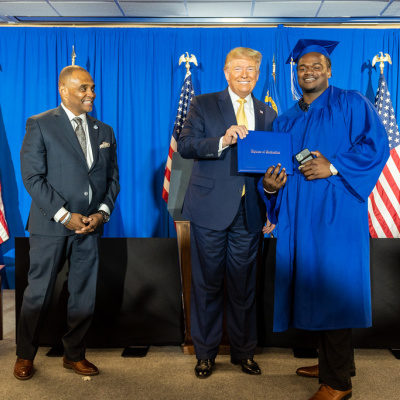 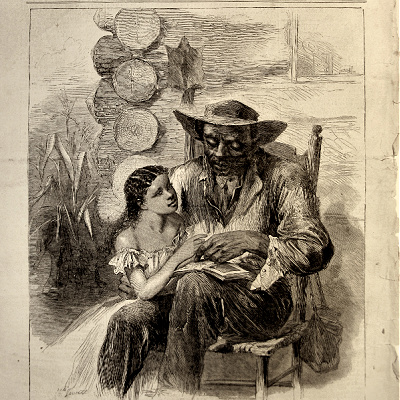 In the latest episode of “How dare black folk think for themselves,” Uncle Tom is trending on Twitter because black voices were heard at the Republican National Convention last night. The sewer denizens and bots of Twitter have picked on Herschel Walker, Vernon Jones and Tim Scott, because they are men. Kim Klacik has not yet been called Uncle Thomasina, but just wait. The mob will call Klacik out of her name because, if you don’t support Joe Biden, you ain’t black.

First, I would like to say to anti-Trumpers like former Senator Jeff Flake and pundits Jonah Goldberg and Bill Kristol, if you think appeasement of or triangulation with the Left works, you are idiots. This is a full, steel cage death match of ideologies. So, bugger off, cephalopods.

Second, I know that Uncle Tom has been a term of derision since I was young. It is a misreading of the Harriet Beecher Stowe book, Uncle Tom’s Cabin. Uncle Tom was whipped to death by Simon Legree because he would not divulge the whereabouts of runaway slaves. He was not a traitor to his race. And, neither are black men and women who follow a different political philosophy.

Now, we turn to Mother Jones writer Tommy Craggs and his waspish How Badly Did They Want to Say the N-Word? RNC, Day 1. The column is billed as “Your nightly guide to racism at the Republican National Convention.” Tommy, bless his heart, is white. He is so fragile in his white privilege that he can divine racism in others. From the article:

Tonight was the “I’m not racist, and my Black friend says so” portion of the RNC, featuring speeches from Tim Scott and Herschel Walker, among others, and a lot of predictable talk about “opportunity zones” and the Democratic “plantation.” For the hard stuff, we turn to the undercard. Here’s Mark and Patricia McCloskey, the St. Louis “gun couple” who famously mounted an armed defense of their topiary from Black Lives Matters protesters.”

How dare Kim Klacik tell the truth about the Democrat run streets of Baltimore. How dare Herschel Walker speak of his 37 year friendship with President Donald J. Trump. Tommy, let me lay a little hard truth on you. You know who wanted to use the N-word last night? You, Tommy, you. You are so indignant that no one at the Republican National Convention stood up and yelled, “I am a racist,” that you wanted (and maybe did) scream the N-word at whatever device you streamed the Convention on.

Uncle Tom, along with House N-word, has become such a common pejorative that Larry Elder produced a documentary about the phrase. You can watch the trailer here. It probably goes without saying that Herschel Walker and Senator Tim Scott have heard it before. For Vernon Jones, it’s probably a fairly new occurrence.

The phrase “All my skinfolk ain’t my kinfolk” works well here. It’s right up there with Joe Biden’s “You ain’t black” statement. Bullying group-think. Which leads us to this Tweet:

Uncle Tom and our other Uncle Tom, tap danced a jig for boss last night like no sell out ever sold out before pic.twitter.com/lyVVvpZs08

To all the #WokeRacists calling the great @HerschelWalker an “Uncle Tom” right now, and all the ones who may not be saying it but are definitely thinking it, y’all have to live with the reality of your racism. Your politics don’t excuse your despicable behavior, you hypocrites.

I am going to leave you with Tim Scott’s speech last night. Pure truth. Pure gold.

From failing Civics to being a Senator, Tim Scott represents the American Dream. We may not be skinfolk but we are kinfolk. No Uncle Tom, but Cousin Tim. And the real racists have revealed themselves.