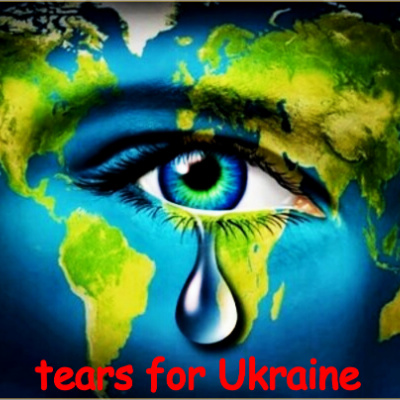 The Ukraine War is unbelievably costly. Our proxy war with Russia is draining our armaments and our tax dollars. Despite promises of accountability for the funds by our elected officials, in a bipartisan fashion, those in power have voted to discontine publishing the World Military Expenditures and Arms Transfers (WMEAT) compilation. So much for accountability. The Black Hole sucking up our dollars just got bigger and there is no way to track it. All those people with the Ukraine flag in there in their social media bios may need to take up a collection for the U.S.

The sentient beings of this nation have been alarmed at the rate of spending in Ukraine. We have no love for Vladimir Putin. We admire Volodymyr Zelenskyy for his courage in the face of the Russian invasion, even while we worry about his fascist tendencies, have fears about the Nazi sympathies of the Azov soldiers, and deep concerns about the corruption of the country, given the Biden family ties to Ukraine, if you catch my meaning.

The money being poured into this proxy war is staggering, and Katie bar the door, if you question it. You will get called an agent of Putin. It just seems like we ought to take a hot minute to look at the spending. Tracking the money is near impossible. From The Intercept:

Keeping track of the numbers is challenging. Since the war started, U.S. officials have announced a flurry of initiatives aimed at supporting Ukrainian defense efforts while keeping short of a more direct involvement in the conflict. On Thursday, on a surprise visit to Kyiv, U.S. Secretary of State Antony Blinken announced a new $675 million package of U.S. military equipment as well as a $2.2 billion “long-term” investment to bolster the security of Ukraine and 17 of its neighbor countries. Weeks earlier, President Joe Biden unveiled a $3 billion aid package, the largest yet, symbolically choosing Ukraine’s Independence Day for the announcement. The administration noted on that occasion that the total military assistance committed to Ukraine this year had reached $12.9 billion, more than $15.5 billion since 2014, when Russia annexed Crimea. And this month, Biden also asked Congress to authorize an additional $13.7 billion for Ukraine, including money for equipment and intelligence.

Because the assistance is drawn from a variety of sources — and because it’s not always easy to distinguish between aid that’s been authorized, pledged, or delivered — some analysts estimate the true figure of the U.S. commitment to Ukraine is much higher: up to $40 billion in security assistance, or $110 million a day over the last year. This assistance is believed to be playing an important role in the advances Ukraine is making in an ongoing offensive to retake territory seized by Russia earlier this year; the cities of Kupiansk and Izium are reported to have just been liberated. What is clear is that the volume and speed of the assistance headed to Ukraine is unprecedented, and that legislators and observers are struggling to keep up.

Given our country is printing money like crazy and we are drowning in debt, I was very interested when I found out that the Congress has voted to stop printing the World Military Expenditures and Arms Transfers (WMEAT), published for the last 50 years in the name of transparency. I found out about this from the most odd source, Comedian Russell Brand. If you can, watch this video where he denounces the new British PM Liz Truss, explains the outrageous spending and tells how former PM Boris Johnson stoppede peace negotiations between Ukraine and Russia.

Yes, it is Vietnam and Afghanistan all over again. But, what I found out next blew my mind. From the U.S. Department of State:

Wait just a gosh darn minute. Section 5114 (b)(4) of the NDAA repealed the provision that the WMEAT must be published every year. So, we won’t know how much we or anyone else is spending on weapons of war. The most transparent administration in history:

We should be crying for US. The Ukrainians are hand tabulating on paper how much aid they are getting in money and armaments. Will they remember that 10% for the Big Guy. No one will ever ask where the money went. And, if our soldiers need them, they will have no weapons. We are so screwed.