Next post
Cawthorn Loses And Concedes Primary Race In NC 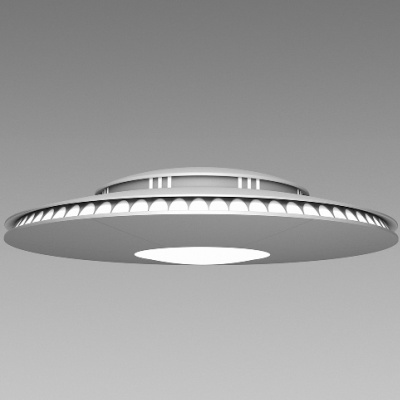 by Toni Williams in Everything Else 2 Comments

Our elected representatives are some of the most useless, feckless and moronic beings on the planet. After Biden’s “Winter of Severe Illness and Death” and ahead of Planned Parenthood’s “Summer of Rage”, we have unsupportable gas prices, parents scrambling to find baby formula, projected food shortages, a broken supply chain and an open Southern border. None, not one of these potential killer catastrophes is on the radar for our Congresscritters. They will hold baby formula hearings in two weeks. Today the priority for these flaming nirmods is a hearing about whether UFO sightings are real. We are so screwed.

The background from Space.com:

Last year, the Office of the Director of National Intelligence submitted to Congress a preliminary report regarding UAP that relayed the progress the Unidentified Aerial Phenomena Task Force has made in understanding the mysterious phenomena. (In the past few years, the term UAP has substituted for the more familiar “unidentified flying object,” or UFO.)

That helped lay the foundation for tomorrow’s hearing on UAP, which will be held under the House Intelligence Committee’s Counterterrorism, Counterintelligence, and Counterproliferation Subcommittee. The two-hour hearing starts at 9 a.m. EDT (1300 GMT); you can watch it live here at Space.com or directly via the House intelligence committee.

UAP doesn’t have the mouth ease of UFO. I don’t think UAP will replace UFO in public vernacular. And, the report was released nearly a year ago, it would have leaked by now.

I was initially impressed with Under Secretary of Defense for Intelligence and Security, Ronald Moultrie. He showed that he is an actual human being rather than a bootlicking twat like Austin, Milley or Kirby. Moultrie admitted that he attends sci-fi conventions, but that he doesn’t necessarily dress up. Score one for the humans.

Democrat Andre Carson of Indiana convened the UFO investigation hearing. Carson began with a warning that UFO’s/UAP’s are a threat to national security. Not as much as our open Southern Border but that’s just me (Toni). His statement:

Democratic Rep. André Carson of Indiana, the chairman of the panel holding the hearing, warned in his opening remarks, “Unidentified Aerial Phenomena are a potential national security threat. And they need to be treated that way.”

He went on to say, “For too long, the stigma associated with UAPs has gotten in the way of good intelligence analysis. Pilots avoided reporting, or were laughed at when they did. DOD officials relegated the issue to the back room, or swept it under the rug entirely, fearful of a skeptical national security community.”
“Today, we know better. UAPs are unexplained, it’s true. But they are real. They need to be investigated. And any threats they pose need to be mitigated,” he said.

Of course, whatever they know they ain’t gonna tell the great unwashed public. Any time anything interesting was asked, the response was that’s best for closed session. I want to believe, I really do but the video that was shown was, um, no.

I don’t mean to kvetch, but I live near the Y12 Nuclear Facility in Oak Ridge, Tennessee. We see green glowing stuff in the sky all the time. Moultrie and the nerds at DOD are gonna have to do better than two flying video game pointers.

And, just in case you believed that Democrats were the ones who wanted to shut down free speech, Darin LaHood of Peoria, Illinois wants to shut down any gossip at all about UFO’s.

Moultrie lost a half point for his answer.

Moultrie: "I don't know, I don't have that answer. That's something that we're welcome to dialogue with Congress to talk about, the members who help legislate those laws, to say what should be the legal ramifications that we could use to potentially hold individuals accountable..

Scratch a useless politician and you will find a fascist. I still like Moultrie from DOD, the rest of them won’t get beamed up. No sign of intelligent life.