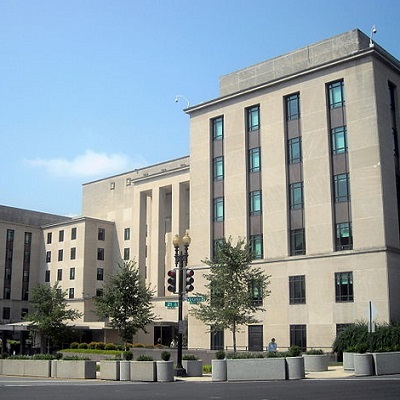 Monday, the State Department was caught lying after claiming credit for rescuing a pregnant American woman and her children from Afghanistan.

Early Monday, American citizens on American soil woke up to some shred of hope that the State Department could do something right in Afghanistan. The headline claimed, “US Facilitates Evacuation of Four Americans….”

Look! The diplomacy the State Department claims works so well with Taliban terrorists is working!

If you believe that, well…keep reading.

“The State Department said it ‘facilitated the safe departure’ of four U.S. citizens from Afghanistan on Monday, noting that the Taliban ‘was aware’ and did not interfere in the evacuation.”

Don’t celebrate too much, it was a lie. As of late Monday night, NBCBS hadn’t figured out it had been gaslit by the State Department.

Before unraveling the hideous lie, let’s not forget, the same State Department recently showed they could load an airplane with Americans in Afghanistan, yet couldn’t get it off the ground because they realized they didn’t control the airspace. Oops, they forgot to ask the Taliban for clearance. Yes, the U.S. State Department must ask terrorists permission to rescue Americans.

It gets better. Those on the ground blame the State Department for blocking chartered flights from leaving Afghanistan.

So not only is the State Department tripping over itself as to what to do with airplanes sitting on a tarmac somewhere in Afghanistan; they are blocking their flights to leave. Are your temples starting to throb knowing a Boy Scout troop, a compass and a fire starter could do a better job at getting Americans out of Afghanistan?

Elected officials, private NGO’s on the ground, and Americans involved in rescue efforts have a far clearer clue what is happening to Americans trying to get out of Afghanistan than the U.S. State Department.

While that stark fact is raising your blood pressure, go back in time to about three weeks ago when the images of terrified Americans and Afghanis were plastered on our screens. While we hoped they would make it out, a headline escaped many of our eyes. The State Department, seemingly doing everything they could to put American lives at risk, was hacked.

The State Department has been hit by a cyber-attack, and notifications of a possible serious breach were made by the Department of Defense Cyber Command.

The State Department said it was no big deal, nobody was at risk, operations were fine, nothing to see here. Revealed in that buried headline, not only does the State Department not withdraw from countries very well, they also stink at cybersecurity.

Now that we’ve been reminded of the State Department’s low bar of standards for success, we also need to realize they are bad liars. The good news we all woke up to Monday was quickly snuffed out by those who actually rescued the trapped family. You guessed it, it wasn’t the State Department, as they claimed.

“The organizer of a private mission to rescue an American mom, Mariam, and her three children from Afghanistan says the U.S. State Department is now trying to insert itself into the story of her evacuation, despite playing little to no role for much of the rescue effort…those actually involved in the dangerous rescue operation say the State Department deserves little to no credit for Mariam’s escape from Afghanistan.”

After 2 weeks & multiple life threatening attempts, I am overjoyed to share that 4 U.S. citizens from #TX13 were part of the first successful ground evacuation since the U.S. left Kabul. Thank you to Cory Mills & the other patriots on his team for saving these BRAVE Americans! pic.twitter.com/1Tv9KRUgcE

Interesting tweet. No military uniforms, no mention of a branch of the military involved, and a successful rescue. Thank the Lord.

The State Department can’t get flights loaded with Americans off the ground in Afghanistan, they actually block rescue flights, they stink at cybersecurity resulting in a serious hack, and they lie badly.

Is it any wonder Americans have trust issues with government?