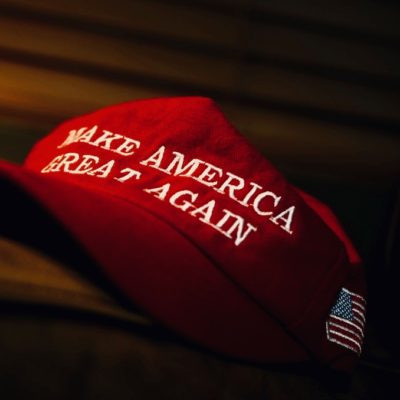 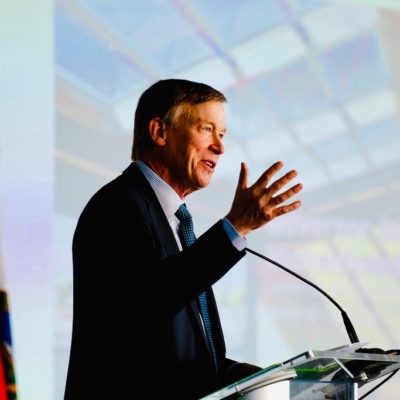 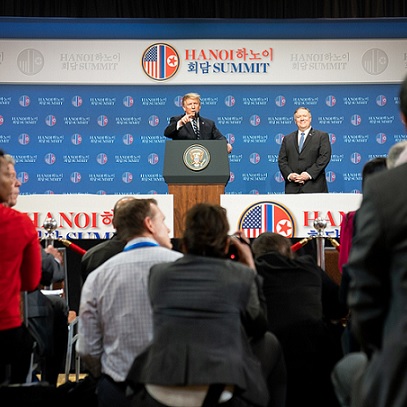 It would have been perfectly fine for President Trump to walk away from the table in Vietnam with no new deal with North Korea. After all, no deal is better than a bad one, right?

It is a legitimate question to ask then why the meeting happened at all, and then why the cancellation of our regular military exercises with South Korea were announced right after the end of the summit. North Korea has had issues with those joint U.S.-South Korea drills for decades. Why end them now, when the optics make that announcement look like a concession?

Well, this is Donald Trump we’re talking about, so there’s a tweet for everything.

The reason I do not want military drills with South Korea is to save hundreds of millions of dollars for the U.S. for which we are not reimbursed. That was my position long before I became President. Also, reducing tensions with North Korea at this time is a good thing!

Yes, but did we get anything in return for reducing tensions with Kim Jong-un and North Korea? Or just a “hey, we’ll call you later” promise?

But then the president offered this new excuse on Sunday night.

For the Democrats to interview in open hearings a convicted liar & fraudster, at the same time as the very important Nuclear Summit with North Korea, is perhaps a new low in American politics and may have contributed to the “walk.” Never done when a president is overseas. Shame!

During seven hours of testimony on Wednesday, Cohen said that Trump manipulated financial records and that the now-president knew in advance about WikiLeaks’ efforts to release damaging information about his Democratic opponent, Hillary Clinton, during the 2016 campaign, among other allegations.

The testimony unfolded as Trump had traveled to Hanoi to try to forge a deal with North Korean leader Kim Jong Un over curbing his country’s nuclear program.

Although Trump, while in Vietnam, said he walked away from the nuclear summit with Kim because of a disagreement about economic sanctions on North Korea, he gave another explanation for the failure of the talks on Twitter on Sunday evening.

While yes, the Democrats knew fully that the testimony was scheduled for the same time as the summit (and the media ran with the testimony coverage), is this really the way that Trump wants to explain the Art of No Deal At This Time?

Some of Trump’s closest allies similarly criticized Democrats for holding a hearing with Cohen while the president was overseas. Sen. Lindsey O. Graham (R-S.C.) called the scheduling a “new low” and accused Democrats’ “hatred of Trump” of undercutting the nuclear talks.

A spokeswoman for the Oversight Committee did not immediately respond to a request for comment Sunday night.

Trump has repeatedly complained about the Cohen testimony and the escalating investigations of him since he returned from Hanoi without an agreement with Kim. He derided “bull—-” investigations and mocked the “collusion delusion” in a long-winded speech at the Conservative Political Action Conference in suburban Washington on Saturday afternoon.

And earlier Sunday evening, he tweeted — as he has done many times before — about “Presidential Harassment” from “crazed” Democrats, calling it at the “highest level in the history of our Country.”

President Trump does absolutely have a point that it was tacky and highly partisan to hold the Cohen testimony during the summit, and GOP leaders agree with him.

I completely agree with Kevin McCarthy.

While @realDonaldTrump was in Vietnam, Democrats were making bogus attacks back in DC. pic.twitter.com/4qJNHVcvs4

But to actually say that Cohen’s testimony actually may have caused the walk away from the table? Seriously? For the love of all that is holy, why can’t the staff lose his phone on the weekends so he can’t tweet?

The Cohen testimony was pretty well pulled apart on Wednesday, and remember – this was the best that the Democrats could throw at him. And it came up short, Cohen came off looking weak, petty, and opportunistic, and now Trump just gave him far more credit that the testimony was worth. And now we will likely get Democrats crowing that if Trump is thrown off by Cohen’s testimony to the extent that it upended the summit, then there’s got to be something that Trump is hiding, right???

It would have been perfectly acceptable – nay, dignified – for the president to ignore the Cohen testimony and leave the explanation for the end of the summit where it was with the comments by both him and Secretary Pompeo. Instead, we get this.

At some point, the results of the Mueller investigation are going to be released, and both sides will have to deal with the fallout. And at some point, President Trump needs to learn that saying less is more, get a thicker skin, and to put down the Twitter.