Next post
Adam Schiff: No Coronavirus Deaths If Trump Had Been Impeached 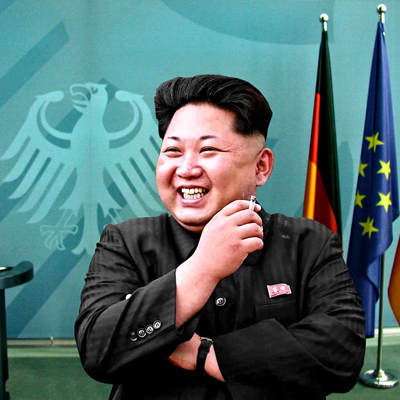 Satellite images revealed that a train belonging to North Korea’s leader Kim Jong Un has been parked at the family’s Wonsan Compound. These images raise yet more questions about what is going on with Kim.

The monitoring group 38 North, which exists solely to provide analysis of North Korea, published commercial satellite views of a train on Saturday, reporting that it had arrived at the Kim family railway station on April 21. It looked like it had been readied for departure on April 23; however, 38 North could not tell when it would. But just because the train was present at Wonsan doesn’t give us any clues as to Kim’s health, although it does indicate that he’s probably at the his compound. Plus, a Pentagon official told Newsweek magazine its presence does add credibility to those rumors of Kim’s ill health.

We also know that China has sent a medical team to North Korea to advise on Kim’s health situation as well, even if for no other reason than to gather intelligence. Richard McGregor, senior fellow with the Australian think tank the Lowy Institute, adds that NK is also very suspicious of China and prefer to keep them in the dark as well.

The Kim family compound at Wonsan would be the perfect place to hide away the ailing tyrant. It’s immense, featuring nine large guesthouses, a recreation center, shooting range, and a dock for Kim’s yacht. NK officials could easily conceal him there until they had all security measures in place should power change in the country.

But the big question looming is this: if Kim Jong Un is close to death, or even dead, what happens then?

First of all, Kim’s demise won’t change anything about NK’s nuclear program. Its foreign policy and paranoia towards the West will continue as before. Plus, the poor nation will still depend upon China for trade and supplies. So it’s not likely that a new leader would change any posture towards the United States.

But the biggest question, especially on social media, is who will run North Korea should Kim die? After all, he’s only 36 years old, and his children are much too young to succeed him.

A successor may be a North Korean field marshal. Or — and this is what has Twitter all a-flutter — the reins of NK may fall to Kim’s sister, Kim Yo Jong.

For a look at Kim’s little sister, here she is meeting President Trump at the Singapore Summit in June, 2018: 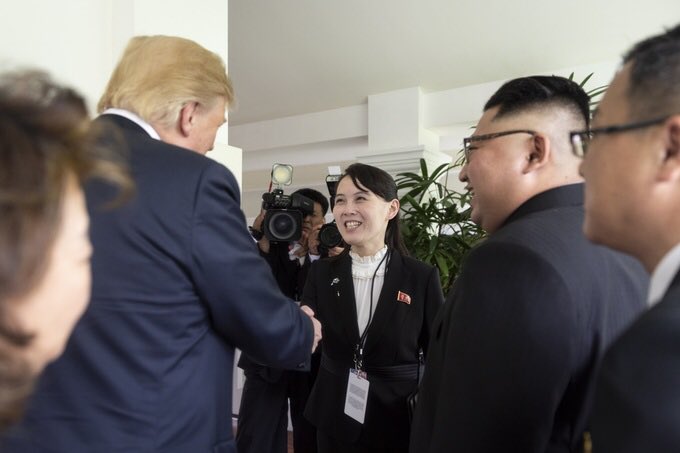 Forbes wrote a glowing report of Kim’s sister. They called her the “Ivanka Trump of North Korea,” noting that she attended school in Switzerland where she took ballet lessons. Plus, earlier this month she was named to the North Korean politburo, which means she’s gaining in power.

“I’ll never forget when she came to the South Korean Olympics and was seated just behind Vice President Mike Pence. Pence was officially and studiously ignoring her, but her eyes! If looks could kill!”

But Straub is not the only one to swoon over Kim Jong Un’s little sister. Lots of the Twitter blue check media types marveled that if Kim Yo Jong became head of North Korea, that nation would have its first woman leader before the United States. Yes, North Korea outdid the US of A! After all, feminist priorities, people!

To which conservative Emily Zanotti responded:

I, for one, am ecstatic that I finally have a psychotic, murderous dictator of my own gender to idolize and emulate. Truly feminism’s pinnacle. https://t.co/cnsPnvKdHG

Lesser lights at Twitter made Kim Yo Jong’s name trend at the social media website. These included idiots who called her “hot,” and “queen.” Others created fan videos of her, set to rap music.

felt like the new girlboss of north korea kim yo jong deserved a fancam so I made her one pic.twitter.com/vNf2dFNWiN

I swear, if Twitter had existed in the 1940’s, these numb nuts would be gushing over Hitler’s mistress Eva Braun.

But back to that train.

What does it mean? We have no answers at the moment, just satellite images and rumors of Kim undergoing possible cardiovascular surgery. Or, perhaps he’s even suffering from COVID-19. We know that Kim Jong Un isn’t the healthiest specimen — he’s overweight and smokes, plus he comes from a family with heart problems.

Or maybe he’s even dead, or in a vegetative state, as some outlets claim. Or just chillin’ at the compound, laughing at us all. Time will tell, though. Meanwhile, there’s a mysterious train at the Kim family compound, fueling even more speculation as to what has happened to Kim Jong Un.