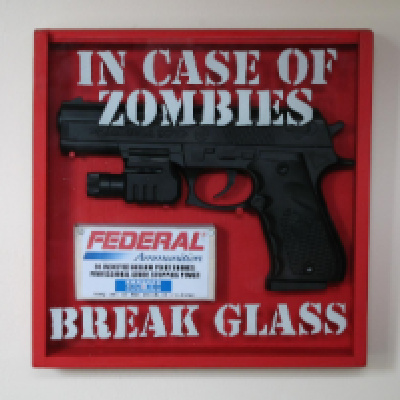 The Covid-19 has driven many people 14k, solid gold, crazy. Now, I have thought those in charge of teaching our children were crazy long before the Rona came from China, but they have gone over the top bigly. A twelve year old boy was suspended from school because he showed his Airsoft Zombie Hunter pistol, a toy gun, during e-learning. Oh, and that’s just the beginning.

Those of us with a working brain cell or two, know for darn certain that boys and girls are different and learn differently. Most girls, but not all, can sit at a desk and quietly raise their hands. I couldn’t, and still cannot, sit still at a desk. Most boys, but not all, cannot sit still. Even The Atlantic has noticed this difference:

According to the book Reaching Boys, Teaching Boys: Strategies That Work and Why, boys are kept back in schools at twice the rate of girls. Boys get expelled from preschool nearly five times more often than girls. Boys are diagnosed with learning disorders and attention problems at nearly four times the rate of girls. They do less homework and get a greater proportion of the low grades. Boys are more likely to drop out of school, and make up only 43 percent of college students. Furthermore, boys are nearly three times as likely as girls to be diagnosed with Attention Deficit and Hyperactivity Disorder (ADHD). Considering 11 percent of U.S. children—6.4 million in all—have been diagnosed with a ADHD, that’s a lot of boys bouncing around U.S. classrooms.

Plus, many, not all, boys love guns. With their index finger as the barrel and thumb as the hammer, boys start the pew pew life as soon as they can. After that, anything can become a gun or rifle. I remember the sheer terror I felt at the middle school parent orientation for my son. The Dean of Discipline was explaining that any weapon or facsimile thereof would be grounds for suspension. I asked if that meant a drawing. The Dean said, “What part of facsimile don’t you understand, Mrs. Williams?” I ran home as fast as I could and had a strict talk with my boy.

That’s why reading the story of seventh grader Isaiah Elliott made me angry and nauseated. Young Mister Elliott has ADHD and his IEP (Individualized Education Plan) is on file with the Grand Mountain School, Colorado Springs, El Paso County, Colorado. The other day, during virtual art class, Isaiah, picked up his Zombie Hunter Airsoft pistol and moved it. His mother received an email from the school after class ended:

After the class concluded, Elliott said that she received an email from her son’s art teacher in which the teacher said that Isaiah had been “extremely distracted,” during the lesson.

The teacher wrote that there had been “a very serious issue with waving around a toy gun,” which she had reported to the school’s vice principal, according to Elliott.

Soon after getting the email, Elliott said that she received a call from Grand Mountain School Vice Principal Keri Lindaman informing her that she had called school resource officers from the El Paso County Sheriff’s Office to conduct a health and wellness check on Isaiah at the family’s home.

The cops showed up at the Elliotts’ home.

After the vice principal’s call, Elliott said that she told her husband, Curtis Elliott, who had briefly left their home, to “turn around and go straight home.”

“I had to logically think out, ‘How do I protect my son, what do I have him do [when] playing with a toy in the privacy of your own home is a threat?’” Elliott said.

When the El Paso County Sheriff’s officers arrived at the family home, they showed her husband footage from the incident that they had seen in the vice principal’s office and which was recorded on their body cameras.

Oh, I forgot to mention a couple of things. Isaiah is black and the family is a military family. That’s just piling on. Here is Isaiah’s brave mother describing the incident to KOAA:

A five day suspension, and the cops called. Isaiah’s Mom is right to be worried after Tamir Rice, a twelve year old Cleveland child was killed for playing with a toy gun. The cops explained to Isaiah that if it happens again he could be charged with interfering with an educational institution. I bet Mrs. Elliott can see the steam coming out of my ears all the way in Colorado Springs. I am fuming.

Schools are a toxic stew. If you thought you could avoid that stew with virtual learning, you were very wrong. Fortunately, for young Isaiah, his mother will not be sending him back to that toxic stew. He is wait listed for a charter school. Keep at it, Mom.