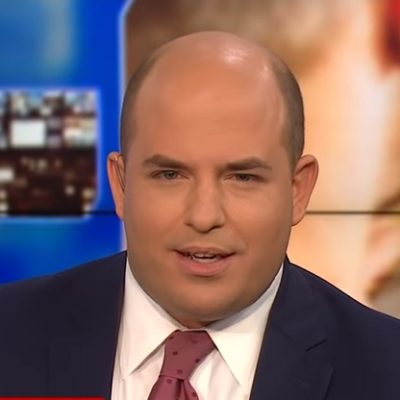 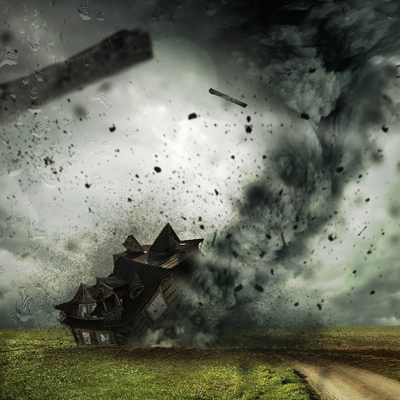 Both my husband and I are native Midwesterners — I grew up near Chicago, he in Wichita, KS. We now live in the Kansas City metro, so we know a thing or two about tornadoes. While I’ve never seen one, I’ve heard plenty of sirens and seen my share of wall clouds, which spawn these storms. I prefer to hit the deck when they happen. My husband, on the other hand, has searched them out and watched them. He says they’re hypnotic.

So you can imagine our eye-rolling when not-yet-30-years-old New York City native Alexandria Ocasio-Cortez lectured the nation on tornadoes. She gravely warned the country that they may be the result of. . . wait for it. . .  climate change!

Of course she did.

Apparently tornado sirens went off in Washington, DC, on Thursday. Now all she would need to do is consult a science website (science!) to see that these storms do occasionally happen in DC. But this is AOC we’re talking about here, so it’s because of “climate change, y’all!”

“The climate change is real, y’all, I guess we’re at casual tornadoes in growing regions of the country.”

Casual tornadoes? I wonder if she meant to say occasional tornadoes, but once again, this is AOC. Brilliant discourse is not in her wheelhouse.

Alexandria Ocasio-Cortez wonders if climate change is to blame for the DC tornado alarm pic.twitter.com/8qgyHC1zK6

Here’s more of her Instagram frenzy, with ALL CAPS! to make her point. 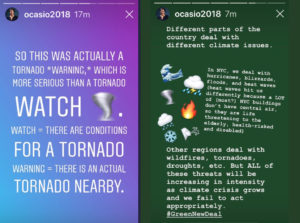 A PBS article, which reported that “tornadoes are sliding into the Midwest and Southeast,” set off her rant. Tornadoes in the Midwest? Well, no shit, Sherlock! I could’ve told her that.

Now the number of twisters in tornado-prone states can change from year to year. Moreover, according to a 2018 study, there has been an increase in tornado activity in the eastern Midwest and the Southeast. However, unlike AOC, scientists don’t know why. They’re scratching their heads over why “Tornado Alley” is shifting from the Great Plains into the eastern half of the US. The Great Plains does appear to be drying out — hence, fewer twisters are forming, since moisture is necessary for them to form.

But severe thunderstorms and resulting tornadoes develop from unique and individual weather patterns, which AOC tends to overlook in favor of her favorite cause. Yes, tornadoes happen due to plain ol’ weather. As the saying goes: Sometimes a cigar is just a cigar.

Ryan Maue, a meteorologist from Atlanta — who holds a Ph.D. in the subject, by the way — deftly explained the difference between weather and climate to the raving Congresswoman:

The Congresswoman @AOC does not know the difference between weather and climate.

Weather is what outfit you wear heading out the door.

Climate is your closet wardrobe. pic.twitter.com/mmdLr6F2mD

To help AOC through her tornado crisis, here’s a handy TED-Ed video that explains just how tornadoes are formed. It’s simple, and has cute cartoons, too.

Meanwhile, we Midwesterners are in the middle of tornado season, which typically occurs in May through June, although they can strike any time of the year. Unfortunately, they’ve long been a part of reality here, as our neighbors in central Missouri recently experienced. But none of us need Alex from the Bronx lecturing us on tornadoes and insulting our intelligence. We want her to stop pissing on our feet and telling us it’s raining. 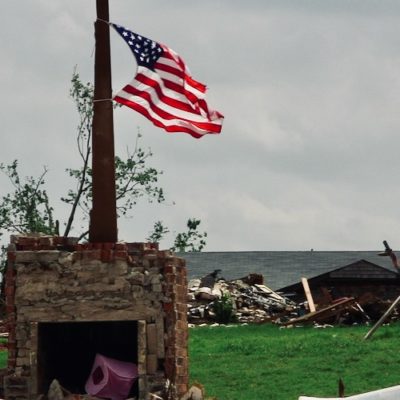