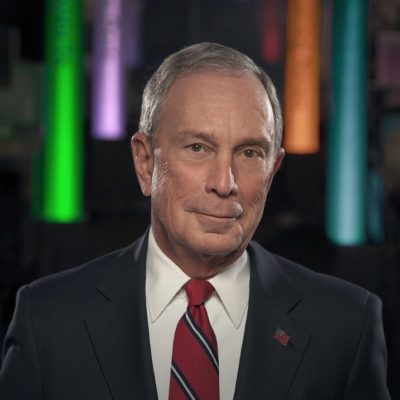 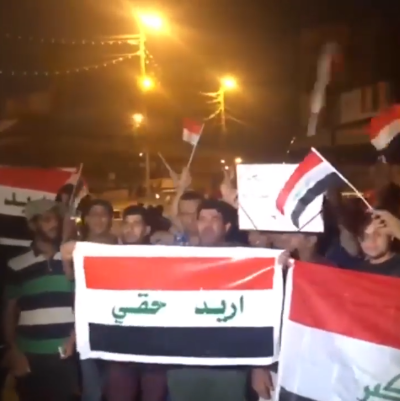 The US Embassy in Baghdad, Iraq was attacked a few days ago by alleged “protesters,” angry because the United States launched air strikes targeting Iran-backed militia Kata’ib Hizballah (KH) after the group launched a rocket attack that killed a US contractor and wounded four troops.

The “protesters” were hardly grassroots Iraqis. In fact, the unrest that resulted in the resignation of Prime Minister Adel Abdul-Mahdi in November, was carefully planned and fomented for months by Iran and its IRGC-QF.

It’s not the first time Tehran has been involved in fomenting unrest and instability in a sovereign nation to further its regional goals.

More recently, the IRGC has worked in Syria to prop up a murderous, anti-American despot in Bashar al-Assad. In Lebanon, the IRGC has supported Hezbollah and its efforts to threaten Israel. In Yemen, the IRGC has fomented instability and supported missile attacks against U.S. vessels and partners.

Iran is pretty smart about using popular discontent to its advantage, and Iraq is no exception. The IRGC (similar to the Russians) justifies its intervention in the affairs of sovereign nations by claiming that it is acting to protect Shia Muslims abroad. In fact, it is acting to counter US and Saudi Arabian influence in the region by advancing the idea that somehow the United States and Saudi Arabia are responsible for the unrest in Iraq.

The IRGC confirmed that it is working with security services in Iraq ostensibly to protect Arbaeen pilgrims. IRGC Spokesperson Brig. Gen. 2nd Class (equivalent to a US brigadier general) Ramezan Sharif *announced that the IRGC Quds Force is cooperating with Iraqi security services and the Popular Mobilization Forces to protect Arbaeen pilgrims “on Iraqi soil” on October 10. Sharif added that the IRGC will provide ambulances and medical services to pilgrims. Sharif’s announcement coincides with large-scale popular protests in Iraq, which have have been primarily fueled by economic and anti-government grievances. Some Iraqis have also expressed anti-Iran sentiments.

Sharif stated that outside intervention from Iran’s enemies is fomenting the unrest to disrupt the Arbaeen pilgrimage and the unity between Iran and Iraq. Iranian officials *have accused the US and Saudi Arabia of instigating the riots. The IRGC Quds Force will likely facilitate or assist the PMF’s violent crackdown on Iraqi protesters under the pretext of providing Arbaeen security and defending Iraq against foriegn [sic] aggression.

Meanwhile Tehran has been mucking about in the affairs of Iraq for more than a decade, backing Shia politicians and Iraq’s Popular Mobilization Force (PMF), funding terrorist militias such as Kata’ib Hizballah, who are only too happy to launch attacks against the United States and its allies at Iran’s behest.

Although the demonstrations are ostensibly about corruption and opposition to the government’s inaction on the lack of infrastructure, unemployment, etc., Iran has been quick to use these protests to its advantage, blaming the United States, and (of course) Zionists for the unrest and claiming we are targeting Iraq.

Meanwhile, we are spending military resources striking back at Iran-backed militia assholes and being super careful to strike only specific targets, because that’s what we do. KH and other Shia militia assholes are not bound by the same kind of honor.

So what to do?

On one hand, we didn’t finish the job the last time in Iraq (as well as made a host of strategic errors) that allowed ISIS to rise – a group so crazy that even al-Qa’ida stepped back and said, “Whoa, dudes! That’s a bit extreme, don’t you think?” How extremist does a group have to be for even al-Qa’ida to back up slowly?

On the other hand, we’ve wasted enough time, resources, and American lives in that shithole.

Mahdi has been speaking out of both sides of his maw since his selection as Prime Minister in 2018, claiming to want an improvement in bilateral relations with the United States, while allowing Iran-backed PMF militia scum to integrate into Iraqi security forces.

On one hand, maintaining a strong US presence in the volatile region is smart, especially given the froggy disposition of Iran as its economy continues to reel as the result of strengthened US sanctions.

On the other hand, Iran doesn’t need a whole lot of resources to direct its militias to attack US interests, and they are more than willing to oblige. Asshole militants like Asa’ib Ahl al-Haq (AAH) and KH provide the perfect opportunity for Iran to assert its dominance in the region, and require few resources from Iran to do it. The rocket attacks against US and allied interests have been steady over the past six months.

The five strikes on both sides of the Iran-Syria border show the extent of the KH network. It has purposely colonized areas at Al-Qaim and Albukamal so that it can control the border crossing that is key to Iran’s “land bridge” or road to the sea. It may be central to Iran’s plans to move ballistic missiles to Iraq, revealed by western intelligence services in August 2018 and December 2019.

Do we really want Iranian missiles inside Iraq?

Do we really want to leave Iraq to the Iranians and their militia goons, when we have an opportunity to support a new, strong leader in the wake of Mahdi’s resignation?

But should the internal affairs of Iran, and the consequent costs we bear for our involvement there, be so important to us?

The Iraqi public is sick and tired of both sides – and they appear to want both Iran and the United States to stay the hell out of their country.

Chances are, a new Prime Minister in Iraq will be the same old mealy-mouthed, indecisive compromise who will not stand up to Tehran, will not move Iraq toward energy independence, and will not take US concerns in the region into any kind of consideration.

So why should we stay?

In my humble opinion, we shouldn’t. Time to give Iraq the finger and unass the AO.

Featured image: Iraq protests in Tahrir Square; Wikipedia; This video, screenshot or audio excerpt was originally uploaded on YouTube under a CC license. 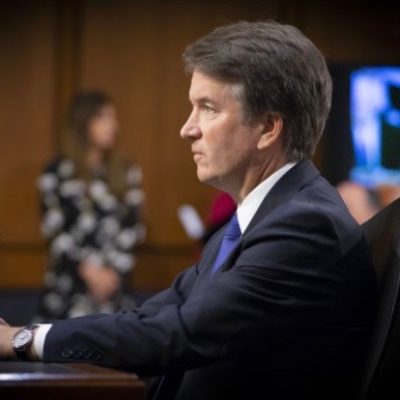