They’re Called Illegals Because They Are Illegal

They’re Called Illegals Because They Are Illegal 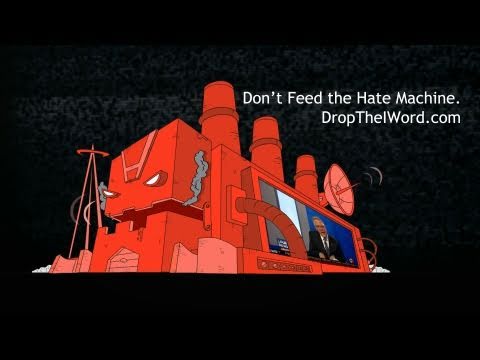 by Cassy Fiano in Headlines 13 Comments

Open borders extremists have started a ridiculous new movement, asking people to sign a pledge promising to stop calling illegal immigrants… illegal. Check out this whiny new video which insists that there’s a new wave of anti-immigrant and anti-Latino violence, all stemming of course from the term “illegal”.

In typical liberal style, we are being asked to throw out truth and reality in favor of protecting people’s poor, fragile, feelings. The reality is that illegal immigration is a crime — therefore, people who commit the crime of coming here illegally are illegals. What a leap of logic, huh? We call them illegals because there is a massive difference between someone who comes here through legal channels, and someone who breaks the law and comes here illegally, leeching off of our law-abiding, hard-working citizens.

As for all of the supposed anti-immigrant and anti-Latino violence, I would be willing to bet any amount of money that it pales when compared to the number of crimes committed by illegal immigrants. Let’s just go down the list here, shall we? There’s Mara Salvatrucha, otherwise known as MS-13. It’s a gang that originated in Central America, but is now the fastest growing and most violent gang in the United States. Some sources have even called MS-13 the most dangerous gang in the world.

There was the murder of a group of college students in Newark who were ambushed by illegal aliens (and MS-13 members) and killed execution style. The male students were lined up against a wall and shot in the back of the head; the females were sexually assaulted, cut with machetes and knives, and shot. One of the women, Iofemi Hightower, had her face cut off. It took the mortician three days to put her face back together for identification purposes. Of the four students, one student, Natasha Aeriel, survived after being shot in the face.

There’s the recent murder of Arizona rancher Rob Krentz by an illegal immigrant.

Or how about the statistics that show that 12 Americans are killed daily by illegal immigrants?

And of course, let’s not forget that Phoenix is now the number two kidnapping capital — in the world.

This is just the tip of the iceberg, sadly. (You can find a list of crime victims of illegal aliens here.) It isn’t a stretch to assume that people who come to our country, willing to break laws, will then break further laws. Thanks to illegal immigrants, we have a lovely increase of drug trafficking, human trafficking, kidnapping, rape, murder, and gang activity in our country. But hey, let’s not call them illegal or anything! It might hurt their feelings, and it makes people attack Latinos!

The worst part, though, is when they compare calling an illegal immigrant illegal to calling a black person the n-word, or other racially motivated slurs for Latinos, Jews, etc. They’re equating slurs based on someone’s skin color, ethnicity, or religion to an action that someone commits. They are two completely different things! Someone cannot control their race or their gender or their ethnic background. Someone can control whether or not they break a law. But it doesn’t keep these open borders extremists from trying to manipulate emotions to get illegal immigrants — criminals — seen in a more positive light, as some kind of innocent victims. It’s a ridiculous play on emotions, and a complete lie at that.

Of course, that’s probably what makes it so appealing to liberals.