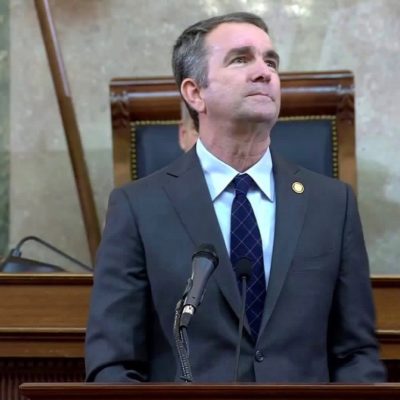 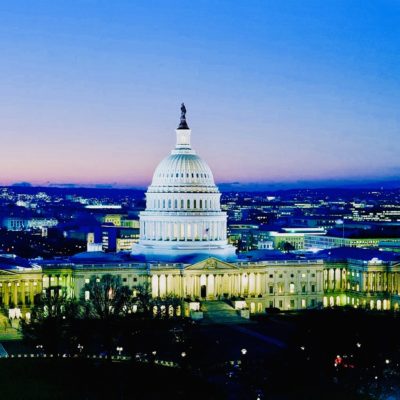 Next post
Theme Of Trump's State Of The Union Speech: "Choosing Greatness"

Well, if you haven’t heard by now, Virginia Governor Ralph Northam (D) is having a horrible, terrible, no good week. First he got eviscerated for his insane comments about his comments on infanticide, which could charitably be called “indelicate,” but were in reality morally reprehensible. And today, an old photo emerged from his 1984 medical school yearbook that showed a pair of men – one in blackface and one wearing a KKK outfit – that forced the governor to issue an apology to… well… everyone!

Now, look. Do I think Northam is truly a racist? He probably isn’t, although there have been smatterings of racial insensitivity over the years, like when he refused to shake the hand of his political opponent E.W. Jackson after a debate in 2013 or when the black face of his running mate Justin Fairfax was conveniently omitted from campaign literature, ostensibly to accommodate a union that endorsed Northam, but not Fairfax in 2017.

But you know what? It no longer matters.

We live in an era of immediate outrage and condemnation that destroys lives and livelihoods without so much as a shred of evidence of racism, bigotry, homophobia, or misogyny. An accusation is enough.

Any Republican – including a kid whose only crime is wearing a MAGA hat – will be condemned, accused of racism, and doxxed. Celebrities will call for violence against the offender, their families will be threatened and doxxed, and their futures will be imperiled by unhinged leftists hell bent on revenge and intent on targeting anyone who gives even the appearance of supporting Donald Trump.

And in this twisted world, the left goes digging through high school yearbooks for proof of serial rape, working to prove that a love of beer and farts is somehow evidence of sexual assault.

Well, I say it’s about damn time we started fighting back.

Whoever at Big League Politics dug up the old yearbook and published Northam’s old photo is a hero.

There. I said it.

It’s high time we started using the left’s tactics against them, ruining their political careers, and challenging them at every turn.

No more turning the other cheek. No more playing fair.

Had someone dug up this yearbook photo of Northam in 2017, Ed Gillespie would be Virginia’s governor – a GOP squish, to be sure – but certainly not one who would publicly applaud legislation legalizing the murder of babies.

But instead, a group supporting Northam ran this charming commercial, accusing Gillespie of racism and insinuating that if he won the election, little kids would be chased down and run over by ignorant Virginia rednecks riding around in trucks with confederate flags.

Yes, it’s time we fought back.

Recently young author and Chinese immigrant Amelie Zhao compliantly pulled her brand new book that was to be published in June, destroying what was her American dream, because a bunch of shrill social justice zealots screeched like banshees about racism without having actually read the book, forcing Zhao to issue a contrite, public mea culpa, succumbing to their clucking grievances, and surrendering her lifelong dream of becoming an author.

Well, guess what? The book, which had positive buzz (Barnes & Noble called it one of the most anticipate YA releases of the year), has been the subject of a massive Social Justice Warrior pile-on on social media, as Jesse Singal discussed in a tweetstorm. Very few people have even read the novel, but the mob attacked it as racist for a variety of reasons, one of them being that Zhao created a fantasy world where “oppression is blind to skin color” (this, from the press release). It’s a fantasy world, and people haven’t even read the book, but the mob was certain that Blood Heir is racist, and that its author — a young woman raised in Beijing, but now living in New York City — ought to be shut down.

Mega-successful author Larry Correia couldn’t stand by and watch this insipid band of perpetually aggrieved parasites destroy a young writer’s dream. He issued a forceful rebuttal condemning the “book community” that smugly and ignorantly accused a young woman who escaped China, where free speech is but a dry, crusty booger in the nose of an authoritarian bureaucrat, and who had the talent and determination to achieve her innermost desire of becoming a published author, of racism because she had the unmitigated gall to write a colorblind universe.

He encouraged her and other young writers to do what they do best: write. Write what they want. Write freely and without fear. Write their dreams. He flipped a large, colorful bird to the horde of ass-chafed snowflakes that somehow experienced “pain” by not reading a book that hadn’t been published yet, but condemning it as “racist” anyway, and his fans responded by preordering Zhao’s books.

Fight back. Fight them in any way you can.

Ridicule them. Show the world just what kind of pathetic, bloodsucking, Marxist wastes of oxygen they are by magnifying the message and spreading it far and wide across social media. Don’t let them get away with their garbage. Force accountability upon them.

Sen. Elizabeth Warren has apologized to Cherokee Nation leaders over her attempt to use a DNA test to confirm her past claims to Native American ancestry, the tribe said.

The presidential hopeful “reached out to us and has apologized to the tribe,” Cherokee Nation executive director of communications Julie Hubbard said in a statement.

And when they are held accountable for their reprehensible, unethical actions, targeting innocent people, publishing lies, and working to destroy their lives for daring to dissent, point and laugh. They will have deserved it.

Fight back. Dig into their past. Find every transgression, every potential embarrassment, and expose it.

It’s time we started beating them at their own game.