Next post
Afghan Refugees Showing Up With Child "Brides" 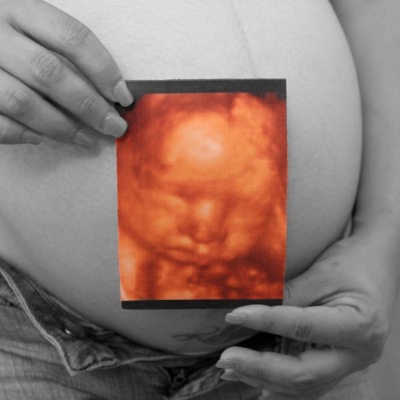 A Texas judge has put a temporary halt to a pro-life law the would have put prohibitions on abortions after six weeks. The loons on the Left are cheering that Democracy has been saved and the Supreme Court is on life-support.

The Loony Left has been in a lather ever since the Hearbeat Bill was passed. Deanna wrote a post on Wednesday about the law and the Loony Left’s reaction, which you can read here. The Supreme Court refused to hear the case that was brought by Texas abortion providers on a 5-4 vote. SCOTUS did not rule on the constitutionality of the law. They only refused to hear it at this point.

On Thursday evening, Texas Judge Maya Guerra Gamble has stepped in (it) and ruled that no lawsuits can be filed against abortion providers. Here is how the ruling was reported in The Hill:

Judge Maya Guerra Gamble’s (D) ruling does not invalidate the new law but rather halts Texas Right to Life and its associates from suing abortion providers and workers at Planned Parenthood clinics under the statute, S.B. 8, that took effect Wednesday.

“The Court finds that S.B. 8 creates a probable, irreparable, and imminent injury in the interim for which plaintiffs and their physicians, staff and patients throughout Texas have no adequate remedy at law if plaintiffs, their physicians, and staff are subjected to private enforcement lawsuits against them under S.B. 8,” Gamble wrote.

Guerra Gamble does not mention the “probable, irreparable and imminent injury” to the babies who are sucked or cut out of the womb.

The Palmer Report (a Loony Left site) went after the U.S. Supreme Court:

There will, of course, be many more court battles and rulings over this anti-abortion law at various levels. And given how badly the right wing Supreme Court Justices appear to have miscalculated when they decided they could get away with this and no one would notice, we’re guessing that they might indeed strike down much of this law once it inevitably makes its way back to the Supreme Court – if only for selfish reasons of self preservation.

SCOTUS refused to hear the case. There is no right-wing cabal on the court. The “selfish reasons of self preservation” comment is a threat for the court-packing crowd to start working again. Abortion is the most important sacrament in the Church of Nihilism where the Loony Left worships. If one doesn’t not kneel before the Abortion Altar, you are part of the American Taliban.

Some Republicans are not helping the case:

Calling pregnant women “host bodies” is not helpful. Because the Loony Left has no self-awareness, they will seize on “host bodies” as a way to say that pro-life advocates do not see women as women per se. They only see women as creatures from the “Handmaid’s Tale”. They are the American Taliban. The Loony Left are the same people who advocated “chestfeeding” instead of “breastfeeding”, “birthing parent” instead of “mother”. Just last year our own Congress issued gender inclusive words:

Let us not be like the Loony Left. Let us use real words like mother to be or pregnant woman. Let us stay focused on the lives of the unborn. We argue from the vantage of religion, ethics, science and morality. Let us educate rather than obfuscate with language. We are on the side of Life. We are not on the side of nihilism as the Loony Left is.