Previous post
Quote of the Day: No, Donald Trump is Not Going to Suddenly Become Presidential 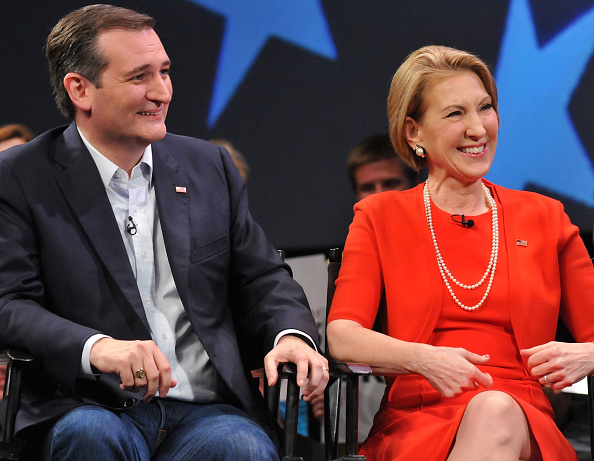 Social media has been all a-Twitter since the Cruz campaign issued a press release about a major announcement planned for this afternoon’s rally in Indianapolis. Would it be an endorsement from Marco Rubio or from Indiana Governor Mike Pence? Or…could it be the announcement of Carly Fiorina as his choice for VP? At that point this morning, it was anyone’s guess, some of which were…interesting.

Some were hopeful for another reason entirely.

Y'all it's over. Cruz is surrendering https://t.co/9hBPVO2RXJ

Nope sorry! Thank you for playing!

Boy that would trump Trump wouldn’t it? Then again, some others came up with a rather unique take on what Cruz will announce.

"I am the Zodiac Killer." https://t.co/9UvCfJWOeI

Alrighty then! Well, as we now know, it is none of the above. Instead Ted Cruz has announced that Carly Fiorina is his choice for Vice President. 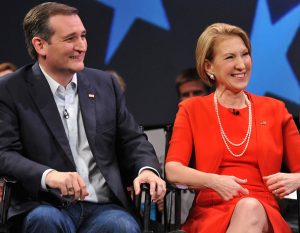 Fiorina endorsed Ted Cruz in early March, and has stumped for him many times since then.

“Ted Cruz is a true constitutional conservative — a real reformer, and a strong leader,” Fiorina said in an email following her endorsement. “And he can and will unite our party, and fix the festering problems in Washington — whether it’s our broken immigration system or the IRS. Ted Cruz is that conservative.”

Is this move, right now, good strategy or bad? Time will tell. While such a move is unusual, its not unprecedented at this point in a campaign. And, it seems this has been in the works for some time given what showed up at the Indianapolis rally this afternoon.

That was quick: New @tedcruz–@CarlyFiorina campaign signs are already being handed out here in Indianapolis: pic.twitter.com/a6myl681qL

Cruz made the formal announcement followed by Carly’s response at this afternoon’s rally.

“Ted could not be more right in what he said: There is a lot at stake, and in fact, this is a fight, this is a fight for the soul of our party and the future of our nation,” Fiorina said. “I’ve had tough fights all my life. Tough fights don’t worry me a bit.”

Of course, you know who had to throw his 2 cents into the fray.

“Cruz has no path to victory — he is only trying to stay relevant,” Trump said in a statement Wednesday. “… Senator Cruz has millions of votes less than me and is being clobbered on the delegate front, this is a pure waste of time.”

Oh but he didn’t stop there. Nope, of course not. Had to take jabs at Carly herself because that’s what he does.

So, I mean, Carly is not going to do the trick,” Trump said, while adding, “I like Carly. Nice person but she never resonated. She didn’t do well. She went — she was very low in the polls and by the end she was an insignificant player.”

This from the guy who called her ugly. Ok then.

Will this move change the landscape of the 2016 presidential campaign? What will it do for the delegate counts and votes in the remaining primaries and at the convention in Cleveland? Who knows. Meanwhile it should be noted that the Democrats are now sharpening two sets of knives. One for Donald Trump and the other for the new Cruz/Carly ticket.