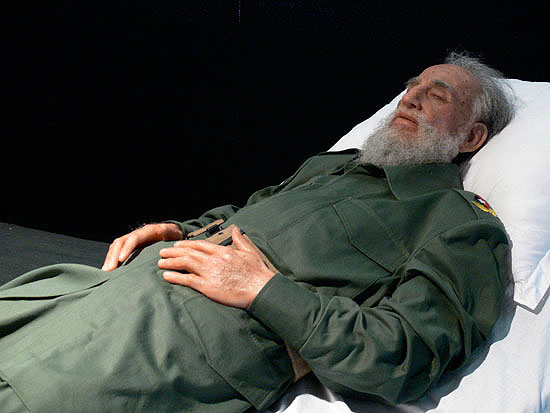 A cavalcade of prominent leftists made use of social and broadcast media to express their statements on the passing of Fidel Castro, who is now taking a dirt, er, ash nap as I write. Who is the worst of this sorry lot?

Fidel Castro was a symbol of the struggle for justice in the shadow of empire. Presente!

“During my presidency, we have worked hard to put the past behind us, pursuing a future in which the relationship between our two countries is defined not by our differences but by the many things that we share as neighbors and friends – bonds of family, culture, commerce, and common humanity.”

“From building a world class health and education system, to Cuba’s record of international solidarity abroad, Castro’s achievements were many.”

“For all his flaws, Castro’s support for Angola played a crucial role in bringing an end to Apartheid in South Africa and he will be remembered both as an internationalist and a champion of social justice.”

“Fidel Castro was a larger than life leader who served his people for almost half a century. A legendary revolutionary and orator, Mr. Castro made significant improvements to the education and healthcare of his island nation.”

“While a controversial figure, both Mr. Castro’s supporters and detractors recognized his tremendous dedication and love for the Cuban people who had a deep and lasting affection for “el Comandante”.

“I know my father was very proud to call him a friend and I had the opportunity to meet Fidel when my father passed away.”

Yes, Justin Trudeau was born to bromance the Cuban dictator, as his father Pierre had done when he was Prime Minister in the in the 1960’s through the 1970’s. Castro even served as an honorary pallbearer at Pierre Trudeau’s funeral.

And now let’s have some tributes from the Where Are They Now Department: