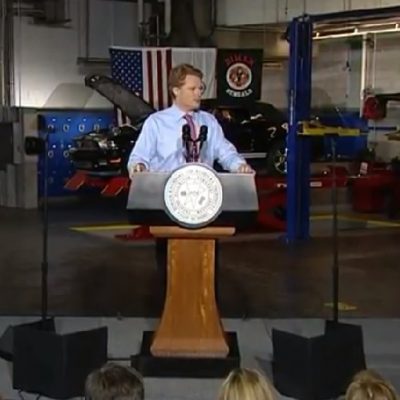 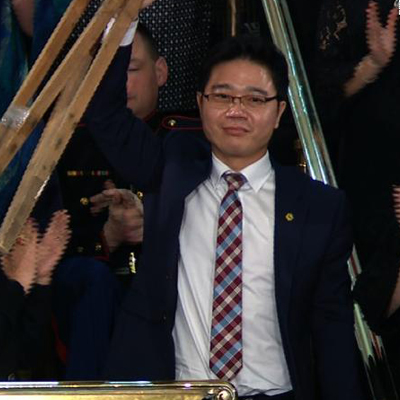 Next post
Ji Seong-ho's Tale of Courage: One of the Finest Parts of Trump's SOTU. [VIDEO] 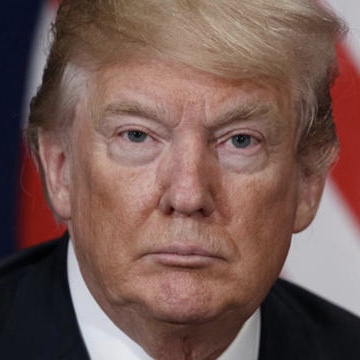 In no particular order of importance.

Melania’s pant suit: It was white and it was rockin’. Melania contrasted nicely with the sour pusses in black, and showed the Queen of Pantsuits how it is done. Melania has a streak of subtle – but classy! – “Take that, bitch” in her. Also, she did not choose to wear anything that makes us focus on her arms!

Every time Trump said something that Democrats would have been going ga-ga over if it had come out of Obama’s mouth, but instead are on camera looking like sulky little loser people: Unity, a path to citizenship, middle class benefits, lower medicine costs, prison reform (Prison Reform??!!), drug rehab, infrastructure, job training, and I could go on. Their behavior proves they aren’t interested in fixing anything. Otherwise what would they have to campaign on?!

The way Trump forced the Democrats to show their true colors: they are loyal to The Resistance and not to their country. Every time they should have been applauding (because they were getting things they said they wanted), they were pouting. Trump did that.

When Trump said we stand for the National Anthem: and the Democrats sat. They are elected officials! One would think they might have some respect for America?! So wrong. And so revealing.

Every single one of the Trump’s recognized guests: Wow. The first to be recognized – a military woman who flew life saving flights during Hurricane Harvey. Bravo, Mr. President. Small business owners expanding and taking care of their employees, parents who lost their daughters to illegal gang members, Otto Warmbier’s parents, the police officer and his wife who adopted a homeless druggie’s newborn baby, a young kid who decided to bring flags to the cemetery, the North Korean defector who remains in Seoul to help others, and many others. And so many shout outs to law enforcement, firemen, border agents, and our military. Seeing these people, the thought became very clear to me: Trump stands up for others, and that’s what people see in him. He will not leave my child behind in some God-forsaken shithole.

Sometimes it takes a non-American to show us our own exceptionalism. Thank you Ji Seong-ho.

When Trump said he is keeping Guantanamo open: the rub is, it never closed! Wasn’t that, like, the first thing out of Obama’s mouth in his first State of the Union? Hahaha!

The way the Democrats wearing African garb looked sitting in the Capital building for the American president’s State of the Union address: like traitors. Well, at least they showed up!

The way Trump is unashamed to be an American. Thank you, Mr. President. #MeToo

Not everything was perfect with the SOTU, particularly with a potential path to citizenship for illegals, but the contrast between the lack of action from the Democrats in the last eight years on issues they said were important, and what Trump has done and has plans to address, is stunning. Overall the speech was quite uplifting, which was emphasized even more by the comically pathetic Democrat response by Joe Kennedy, III. If that doesn’t show how out of touch the Democrats are, then nothing – NOTHING – ever will.

Be well, my fellow Americans. The State of the Union is STRONG!