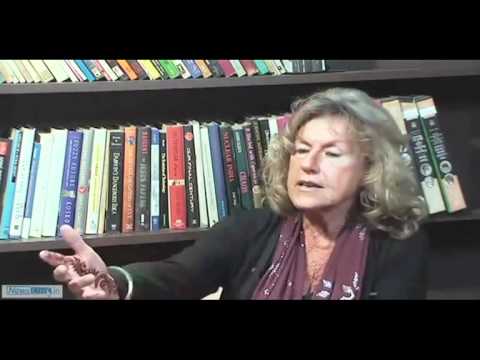 What makes someone a terrorist? According to former terrorist Bernardine Dohrn, planting bombs and attempting to kill Americans doesn’t cut it. Participating in your Second Amendment right to bear arms, however, does, especially if you’re one of those evil, racist, extremist tea partiers! In a recent interview, Dohrn hypocritically labeled tea partiers as violent terrorists, conveniently forgetting the litany of terrorist activities she participated in as one of the leaders of the Weathermen, an underground terrorist group in the late 60s and 70s. Watch the video:

While Dohrn might like to pretend that tea parties have been filled with violent terrorists just waiting for the opportunity to assassinate President Obama, reality just doesn’t quite agree with her. Tea parties have been amazingly non-violent, and certainly less violent than the far Left anti-war protests that permeated the eight years of the Bush presidency. The fact that tea partiers are allowed to bring guns to their protests is a testament to just how comfortable most police departments are with them.

Left-wing protests, on the other hand, are no strangers to violence. Riot police are frequently required, with protesters often throwing rocks, garbage, bottles, and in more extreme cases, Molotov cocktails.

And Bernardine Dohrn, terrorist extraordinaire, would know all about that. She showed violent tendencies at a Weathermen war council in 1969, where she reveled in the brutal and horrifying Manson slayings.

Holding her fingers in what became the Weatherman “fork salute,” she said of the bloody murders recently committed by the Manson Family in which the pregnant actress Sharon Tate and a Folgers Coffee heiress and several other inhabitants of a Benedict Canyon mansion were brutally stabbed to death: “Dig it! First they killed those pigs, then they ate dinner in the same room with them. They even shoved a fork into the victim’s stomach! Wild!” The “War Council” ended with a formal declaration of war against “AmeriKKKa,” always spelled with three K’s to signify the United States’ allegedly ineradicable white racism.

If that talk had never led to action, it would still be outrageous and offensive. Unfortunately, for Dohrn, this was just the tip of the iceberg.

On October 5, 1969, the Haymarket Police Statue in Chicago was bombed. A Weathermen riot in the same month left a Chicago district attorney, Richard Elrod, paralyzed for life. Dohrn celebrated this man’s paralysis. A bomb was planted in San Francisco in 1970 that killed a police officer, and the FBI believed that Dohrn built and planted that bomb. Another officer was seriously wounded and partially blinded in the same bombing. A fire bomb was thrown at a judge’s house.

It didn’t stop there. The Weathermen were very busy.

The National Guard Association building in Washington, D.C., the New York City Police Headquarters, the Pentagon, the Capitol building, The United States Army base at The Presidio in San Francisco, the Bank of America headquarters in New York City, the Marin County Courthouse, a Queens traffic court building, a Long Island courthouse, the Office of California Prisons in Sacramento and San Francisco, The New York Department of Corrections in Albany, the 103rd Police Precinct in New York, the Dept. of Health, Education and Welfare offices in San Francisco, The Office of the California Attorney General, the Anaconda Corporation, offices of Department of Defense in Oakland, and the Kennecott Corporation were all bombed by Weathermen Underground.

In 1974, Praire Fire was published, written by Dohrn, her future husband and Obama pal William Ayers, Celia Sojourn, and Jeff Jones. In it, they call for violence and dedicate the manifesto to terrorists and murderers, including Sirhan Sirhan, the assassin of Robert F. Kennedy. The FBI ultimately placed Dohrn on their Top Ten Most Wanted list, and she was known as the most dangerous woman in America. She eventually married fellow terrorist and Weathermen leader William Ayers.

Remarkably, when the two turned themselves in to authorities in the 1980s, they somehow were able to escape prison time. In fact, Dohrn is leading a pretty cozy, comfortable life. She is currently an professor at Northwestern University, where she is also Director of the Legal Clinic’s Children and Family Justice Center. Neither Ayers nor Dohrn have expressed any remorse for their actions; Ayers famously proclaimed that he wished they had done more in an article published on September 11, 2001.

Considering all this, does Bernardine Dohrn really feel that she has any room to call people who have not participated in any acts of violence whatsoever terrorists? The hypocrisy is sickening and astounding. The fact that Dohrn, a former terrorist, still sees herself as an anti-American revolutionary fighting The Man is both pathetic and disturbing, especially when you take into account that Dohrn and her husband helped to launch the career of our current president.

But don’t worry about her. It’s those violent extremist tea partiers who have never shown any violent tendencies that you’ve got to worry about.