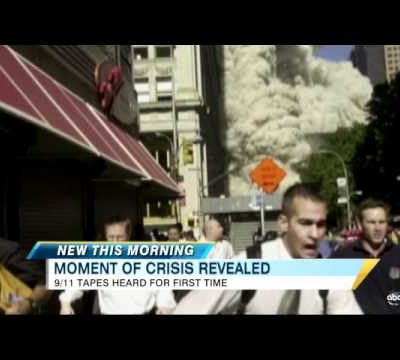 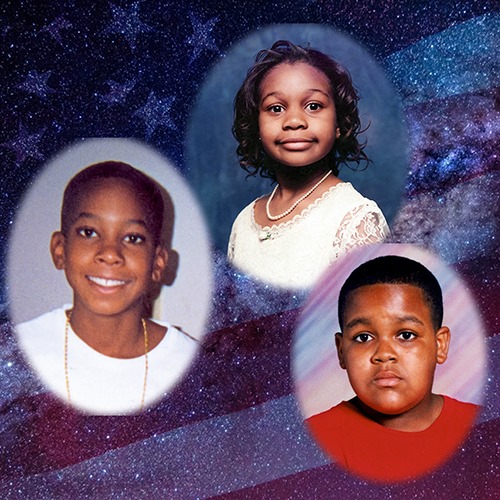 by Deanna Fisher in Headlines 110 Comments

Their names were Bernard C. Brown II, Asia S. Cottom, and Rodney Dickens. They were all eleven years old. They were in sixth grade. They were headed for a special field trip to California with their teachers, which was being put on by National Geographic. And they all died aboard Flight 77 when it slammed into the Pentagon on September 11th.

Bernard was remembered as “clever, a quick wit, the kind of boy who kept his teachers on their toes” who loved basketball. Asia was called “kindhearted” and helpful, who loved school and Tweety Bird. Rodney “loved reading, playing computer games, and playing with his siblings” as well as being a huge fan of professional wrestling. All three were good students, which is why they were chosen to take this special field trip. Teachers Sara Clark, Hilda Taylor, and James Debeuneure were going along as chaperones. National Geographic employees Ann Judge and Joe Ferguson were also on board Flight 77, accompanying the students and teachers to California.

And this special field trip, a reward for these three bright 11 year olds, ended in the most horrible way possible. Bernard’s death was particularly terrible for his family, as his father worked at the Pentagon.

“Everybody was calling me at my job because they knew my husband worked at the Pentagon,” Sinita Brown told NBC News. A golf outing had Bernard Sr. out of the office that day. But Sinita Brown’s relief quickly turned to grief when she learned it was her son’s flight that hit the Pentagon.

Back in 2014, my husband, daughter and I all stood within the Pentagon at the memorial chapel, which is placed at the exact spot where Flight 77 hit the building. In that sacred, sad place, the lives of these three bright children were cruelly ended. As I write this now, my daughter is the exact same age as Bernard, Asia, and Rodney – an eleven year old sixth grader. I cannot imagine putting her on an airplane for a school trip, all happy and excited and nervous, only to have the airplane hijacked and used as a weapon.

Remember these three sixth graders, and the other children, and the intelligence and potential and futures that were lost to due to a monstrous evil. Remember their faces. Never forget.