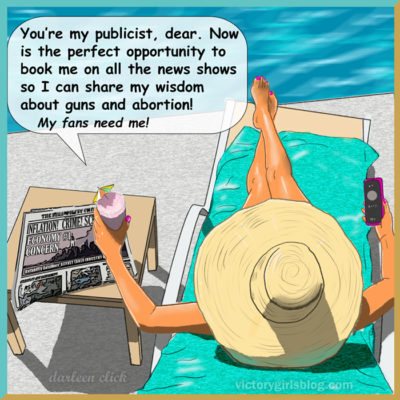 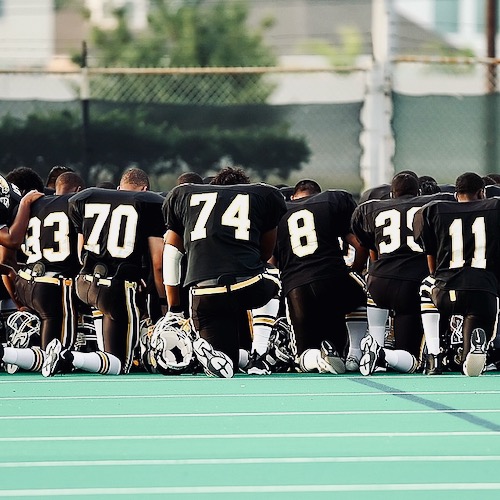 The Supreme Court’s conservatives ruled on Monday for a high school football coach who was reprimanded for leading postgame prayers on the football field’s 50-yard line.

The 6-3 decision marked a win for coach Joseph Kennedy in his dispute with the Seattle-area school district that placed him on paid leave for violating a policy that bars staff from encouraging students to engage in prayer.

Of course, The Hill and all the other national media get everything about this case wrong, deliberately because narrative and reasons.

First, its well known that Kennedy would pray BY HIMSELF on the 50-yard line after a game. It was never a team-mandated activity. In fact, he never mentioned or even discussed with players. However, once he was asked if players could join him, he left the decision UP TO THEM.

Then, after seven years of this, someone complained and the school decided they had to do something. Thus, after much back and forth, Kennedy was told he couldn’t pray after a game and most certainly couldn’t allow players to join him. Thus, he waited until everyone had left the premises and prayed alone.

Well, that was not allowed to stand either, so Kennedy was fired. He decided to appeal, which has led to a four year battle culminating in the case landing at the U.S. Supreme Court.

Just the other week, Sports Illustrated ran a very long story about Kennedy and the case. A story that was rife with innuendo and snide mockery.

“human embodiment of a country that’s deeply divided; a religious movement that’s surging with momentum, even as organized religion becomes increasingly less popular; and, most of all, a powerful right-wing machine many say is employing a timeless division tactic: us vs. them.”

Supposedly Kennedy is being used as a pawn to further destroy democracy by forcing religion on everyone.

If/when SCOTUS rules for him, it will add steam to a movement that threatens to force religious views—no matter how unpopular or ethically dubious—and alter the lives of those who don’t practice that specific faith.

Does Kennedy know? Does he care? Or did he evolve to embrace playing the “hero,” and having this large of a purpose? Maybe the political operatives who stood with him found the perfect mark, a man in search of a calling, a grand stage. They gave him the biggest theater imaginable—the Supreme Court—to further their agenda, while groups fighting for their own aims joined in. After all, football never drove Kennedy, nor did faith, until more recently. But this saga of faith-and-football now reads like Kennedy’s own Christian football movie. He’s the hero. He wins, and for everyone on his side.

Needless to say, I’m sure everyone at Sports Illustrated are gnashing their teeth in anger right now.

Here is part of Justice Gorsuch’s opinion, which can be read in full here.

“Joseph Kennedy lost his job as a high school football coach because he knelt at midfield after games to offer a quiet prayer of thanks. Mr. Kennedy prayed during a period when school employees were free to speak with a friend, call for a reservation at a restaurant, check email, or attend to other personal matters. He offered his prayers quietly while his students were otherwise occupied,” Justice Neil Gorsuch wrote in the majority opinion. “Still, the Bremerton School District disciplined him anyway. It did so because it thought anything less could lead a reason- able observer to conclude (mistakenly) that it endorsed Mr. Kennedy’s religious beliefs. That reasoning was misguided.”

“Both the Free Exercise and Free Speech Clauses of the First Amendment protect expressions like Mr. Kennedy’s. Nor does a proper understanding of the Amendment’s Establishment Clause require the government to single out private religious speech for special disfavor. The Constitution and the best of our traditions counsel mutual respect and tolerance, not censorship and suppression, for religious and nonreligious views alike,”

Of course, there are folks out there who are offering …interesting takes now that the ruling has been made public.

As a youth football coaching legend, I am disturbed and infuriated by this coach’s actions.

I get the Declaration of Independence gives us free speech, but the post-game is for belittling and intimidating your defeated opponent. This coach embraced mediocrity.

Well, that’s one way to interpret things. In light of the ruling, I agree with these two.

Three Supreme Court justices found that you don't even have a right to pray by yourself on public property. Take that in and understand, even with today's win, how screwed we are.

The System made a high school coach go all the way to the Supreme Court just to be able to kneel and say some words on a football field https://t.co/crJf2p7ayk