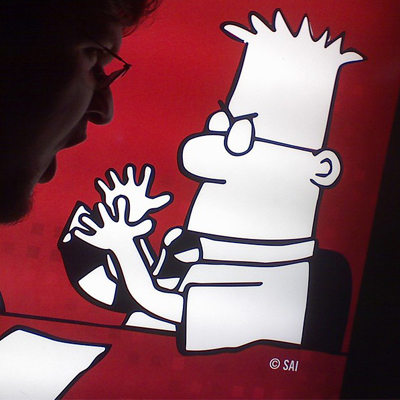 You probably already know Scott Adams as the “Dilbert” cartoonist. Besides that, he’s also whip smart (he is a member of MENSA), and delves into current events on his podcast. I don’t listen to it, but I follow him on Twitter. While his politics often seem to be all over the place, I would describe him as libertarian.

So you can imagine my surprise when he showed a cavalier reaction to the idea of vaccine passports.

This is what he said about them on his Monday podcast:

“It discriminates against your freedom, but that’s not a reason [not to have it]. We do that all the time. All of civilization is built on restricting your freedom, that’s what it is. You don’t build a civilization to give people freedom… but it is designed to be a wise restriction. This is just another one of them.”

Now Naomi Wolf is not the person whom you would expect to champion the Constitution, especially during this pandemic. After all, she’s best known as a feminist author who also was a political consultant to Bill Clinton. But because she has also opposed government overreach on Covid, and has appeared on (gasp!) Tucker Carlson’s Fox News show, the Left has flipped out. Angry liberals even edited her Wikipedia page to call her a “conspiracy theorist.”

But Wolf carries on. On Sunday she appeared on “The Next Revolution” on Fox News with Steve Hilton and declared that mandatory vaccine passports could lead to “the end of human liberty.”

“Vaccine passport” sounds like a fine thing if you don’t understand what these platforms can do. I’m the CEO of a tech company, I understand what this platform does. It is not about the vaccine or the virus, it is about your data. What people need to understand is that any other functionality can be loaded onto that platform with no problem at all.”

She also warned that the US could become like Communist China:

“The CCP can find any dissident in five minutes, and that can happen here literally within months.”

Here is her full appearance:

But Scott Adams doesn’t see a problem with vaccine passports. Besides, he says, we already have plenty of constraints in our lives.

Just think of this as another restriction, he says. They’re everywhere, anyway. Like prohibitions against driving your car on the sidewalk.

“You can’t drive your car on the sidewalk. They built a road to restrict where you can drive the car. It is all restrictions.”

And don’t worry about those social credit scores. You’ve already got one, says Adams.

“Did you know you’re already in a social credit system in the United States? One of them is your credit score. We have that, it already exists. We also have this thing called the internet. . . . So you’re worried about a thing that is already here.”

But Scott Adams doesn’t understand that the restrictions he cites are those that communities have established at the local level. For example: driving on the sidewalk. Unless I miss my guess, I would venture to say that all American communities — be they large or small — have decided that such an action should be illegal. But they have decided — not the federal government.

As for traveling with a passport: once again, Americans have been using them for decades. You also voluntarily apply for one — the Feds don’t force you to get a passport. Plus, data from 2019 show that only 42% of Americans have a valid passport.

Also, your state issues your driver’s license, not the federal government. When you apply for a loan or a credit card, you provide information voluntarily — it’s a contract between you and a private company, the lender. Once again, the Feds aren’t forcing you.

Oh, but computers, says Scott Adams. Your information is already there.

“If we have computers, someone is going to put information in those databases and we’re not going to like it.”

And that is true. But why should we allow the Federal government to have unauthorized access to our medical history?

The Biden administration, however, has already looked into one such app that would track that information.

Developed by the University of Illinois, this app would allow businesses to deny service to people based upon their medical history. It resembles a tracking app used in China. And, according to the Free Beacon, the university already uses it. 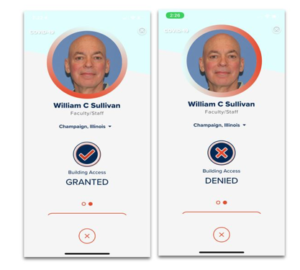 I don’t know why Scott Adams is so sanguine about a Covid passport, especially after his tweet from Tuesday morning.

I'm just going to say it:

If CDC guidelines had told us to socially distance from obese people over the age of fifty, the pandemic would already be over.

And they fucking knew it.

But they couldn't say it.

So Adams recognizes that the Feds mucked up the pandemic response, yet thinks there would be no problem with them issuing mandatory Covid passports while working hand-in-hand with Big Tech, no less. Go figure.

I read “Dilbert” every morning, and I will continue to do so. But Scott Adams is wrong here, and Naomi Wolf has the correct take on this issue.