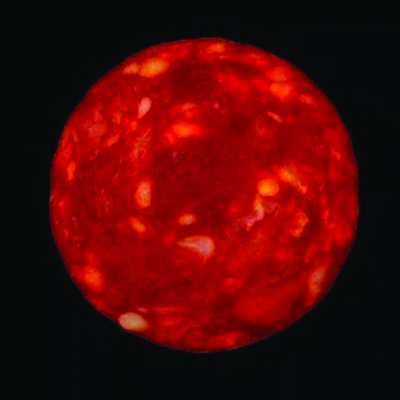 The United States is becoming a post-Christian nation, since polls show that fewer Americans see themselves as members of that faith. Or any faith, for that matter. But mankind needs something to worship, and science has become the new religion for progressives.

In their view, those of us who practice a religion are Neanderthals, knuckle-draggers who still believe in an imaginary sky fairy who doesn’t exist. Moreover, we’re responsible for keeping other people from the new enlightenment which teaches that there is more than one sex, that boys can become girls, and unborn babies aren’t alive.

In other words, we’re ignorant kooks.

Ah, but Science! is not as infallible as progressives would have us believe. In fact, it’s often wrong, and if Covid has taught us anything, it’s that terrible things happen to a society when junk science rules.

That’s not to say that scientific discoveries haven’t improved lives immensely, of course. Consider the progress that medicine has made over the past 100 years, and the lives which have been saved by new procedures and new vaccines.

But now we’re living in the age of the internet and its politics. Scientific research has to fit into a particular confirmation bias to be accepted.

“Do facemasks work in preventing COVID transmission? Short answer: I don’t know with certainty and neither does anyone else.”

The problem, writes Franklin, is that mask studies are tricky — they depend upon the mask type, the population, where they’re worn — you get the picture. But these days it also depends upon the bias of the researcher.

Franklin cited a recent study from Hofstra University in NY, which claimed to have reviewed 1732 mask studies. They concluded that yes, indeed, masks prevent the spread of Covid.

However, the research was garbage. Of the 1732 studies, the reviewers cherry-picked only 13, some of which had no relation to Covid whatsoever. In other words, the conclusion resulted from the confirmation bias of the writers. The science was junk.

But the damage was done. Writers from a lab in the US, an activist group in the UK, plus a European health minister, a former WHO director, and a Pulitzer-prize winning journalist all cited the study to their followers on social media. See, they all said, masks do work.

“When scientists and journalists, especially those with a large public following, don’t perform even the most elementary vetting of what purports to be an important scientific review that happens to contain obvious errors, how can they be trusted in other matters they report on?”

Common wisdom tells us that scientists are such geniuses that no fraud would ever get past them.

But in July, we found out differently, and scientists had egg their faces.

A French physicist, Étienne Klein, posted a picture at Twitter of a red dwarf star more than four light years from the sun. This brilliantly-hued star was Proxima Centauri, and the world was finally able to view it, thanks to the James Webb space telescope.

The Twitterverse oohed and ahhed. They liked and retweeted the image thousand of times. This was science at its apex!

Except it wasn’t. Klein admitted that he had photographed a slice of chorizo sausage. He had trolled social media, but said he was trying to educate people about fake news online.

Cory Franklin wrote that in the days before the internet, his father, a pathologist, pranked a convention with a fake slide of human tissue. Instead it was a slice of kosher salami. The “experts” couldn’t figure it out.

“The next time someone tells you, with unmistakable conviction, that he believes in “the science,” gladly offer to discuss science with him over a sandwich. Give him a choice, chorizo or perhaps kosher salami.”

So now the big news in Covid World is the imminent arrival of a new booster, specific to the Omicron strain. Both Pfizer and Moderna won fast approval from the FDA and the CDC. The boosters should be ready for arms after Labor Day.

This new booster is supposed to give twofer protection against Covid — protecting the recipient from both Omicron variants of BA.4 and BA.5. The Biden administration fears a fall Covid wave, and is asking for another $22.4 billion to maintain its vaccine programs. It appears that funds for vaccine programs are set to run out by January, 2023, so of course they have their hands out for more.

Are you excited for another jab? Or are you asking yourself if it’s really necessary?

Bad science, bad research, “experts” who promote their own bias rather than consider views of other scientists, social media that controls what you’re supposed to read — after seeing this for play out for almost three years my response to the new booster is this:

How does anyone know what’s true anymore? Furthermore, when will this circus ever end? When the “experts” say it’s over?

Progressives may snicker at those of us with religious faith. But it appears that their hidebound belief in Science! isn’t quite as infallible as they think it is.