Previous post
Rush Limbaugh: A Voice, A Patriot, A Legacy

Next post
Cuomo Covid House of Cards is Collapsing 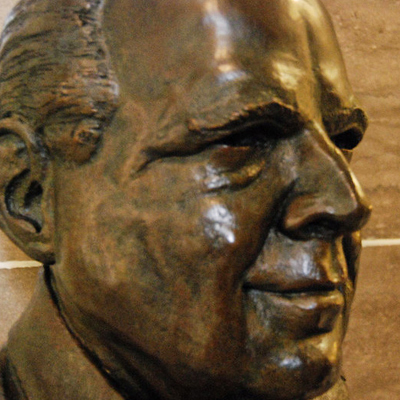 I always was a conservative. But it took Rush Limbaugh to flesh out just why I thought as I did. Because of him, I learned how to think like a conservative, rather than just operate on knee-jerk feelings.

I first heard of Rush in the late 1980’s, while we were living in Wichita, Kansas. A man in our young adult church group had talked excitedly about hearing someone whom I thought was “Russ” Limbaugh. However, I didn’t seek out his program; my radio habits leaned towards FM rock stations.

But then my parents came to visit, and my mother raved about this guy on the radio named Rush. I couldn’t refuse my mother, so I turned on the radio. And there he was: the voice saying stuff that I had believed all my life, but no one else was saying. 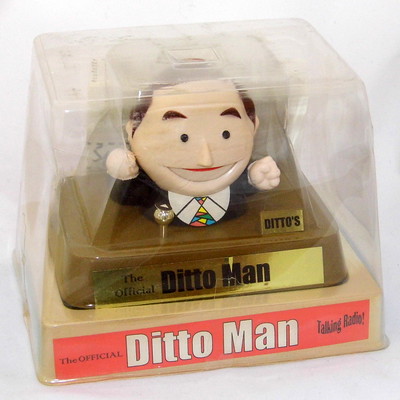 Growing up in northwest Indiana, the child of conservative Lutheran parents from the “greatest generation,” I believed all The Conservative Things. Things like pro-life, pro-military, love of America, respect for family and God and the church. Those values stuck with me, even through my college years. But I didn’t know exactly why I believed them, nor the underpinnings of conservative thinking.

Then Rush taught me why free-market economics, smaller government, and traditional values serve the nation the best — concepts which undergird Reagan’s three-legged stool. And why not? “El Rushbo” loved The Gipper.

So I began to search out other sources of conservative thought. There was no internet back in that day, so I read print sources. I gobbled up National Review, the American Spectator, and First Things, to name a few. So between Rush, William F. Buckley, Reagan, and others, I learned how to think politically. I didn’t rely on feelings for my opinions anymore. Instead, I knew how to think like a conservative.

As a fellow Facebooker, a Lutheran pastor, posted: “Rest in Peace, Maha Rushie. You were a Warrior Poet. See you at the Feast of the Lamb.”

Victory Girls’ Toni Williams here. I echo much of what Kim has written. Here is my story:

I remember the very first time I heard Rush Limbaugh. It was election day 1992. I was a Corporate wife, young mother and fish out of water living in Westport, Connecticut. They walked alike and dressed alike and I just didn’t fit it. We all knew on that day that Bill Clinton was going to win. From the moment GHW Bush looked at his watch in the pony-tail guy debate, the election was lost.

On election day, I hired a babysitter and signed up to drive the elderly to the polls. It was raining and miserable. I did my shift, came home, paid the sitter, and turned on WABC radio. I was gutted even though I knew the outcome weeks before.

It was then I heard Rush behind the Golden EIB microphone. He was saying things that I had believed for years but only talked about to my husband. I became an instant dittohead.

Rush talked me off of the metaphorical ledge. I listened for the next two hours and pretty much every day since then I have listened to a least part of the show. It didn’t matter that I didn’t fit in in Connecticut, because I wasn’t alone. There was a voice every day that expressed Conservative First Principals.

When my husband got home from work on election day 1992, he expected to find me in tears. Instead, I was a happy warrior. He had been listening to Rush Limbaugh for a few months and hadn’t told anyone. We had so much hope that night. Yes, Bill Clinton would be our next President, but we had hope. No. Not Bill Clinton style hope. Hope in Conservative Principals.

To honor Rush Limbaugh, I promise I will fight for Conservative First Principals until I draw my last breath.

I too stumbled across Rush Limbaugh in the early 1990’s. I grew up politically active in Wyoming, yet it never seems our voice was heard on the state and national level. Suddenly, here was a guy who was giving voice to what so many conservatives, so many AMERICANS were thinking yet didn’t have the words nor the reach. Rush gave us that reach. He gave us that time to air our concerns, tell OUR stories, and opine about issues and elected officials.

Rush was not only a voice, he was a LISTENER. Everyone who called in and was given a voice on his show, he LISTENED to. Our politicians – even on the Republican side – have forgotten that. To me, Rush with his voice and the rattling of the papers, was a man who happily engaged in pushing back against the Democrat, left and cancel culture narratives. He did so with humor, with FACTS, and with TRUTHS. Rush taught me to always dig deep as the narrative peddled by politicians and the media is never what it seems. His insightful commentary and wit will be sorely missed.

To Rush, our Republic and our Principles needed to be preserved, safeguarded, and defended. I pledge to continue to do the same.

Once upon a time, I was a young college co-ed. I bought into all of the liberal buzz-words and ideals of the university crowd in the ‘90s. Those ideals were tame when compared to what we see today.

I interned and later worked at a group of radio stations. The news affiliate ran Rush’s show daily. Back in the day, I did not listen. I was convinced that the old retirees who went to Old Country Buffet during rush Hour were Rush Limbaugh’s target audience. It wasn’t until a few conservative-minded friends (who tried to convince me that I was actually more Conservative than I was liberal) dared me to listen that I did.

Rush was instrumental in bringing me to the “other side”. I still stomped my feet for a year or so after I first heard him on the golden EIB microphone, I was in the closet trying to hold on to a career that was largely made up of liberals. Face it, Conservatism was not popular. And I was not getting ahead. I couldn’t be part of the “unpopular ones” with unpopular opinions. I needed to fly low on the radar.

Chalk things up to sheer immaturity. Conservatism still isn’t the popular choice. Conservatism is not the easy choice for most of us. I may not have always agreed with Rush, but Mr. Limbaugh was unapologetic in his stance and unwavering in his dedication in calling the left out on the carpet. His critiques of the drive-by media, his constant skepticism and questioning of their motives made me discover as a young, journalism major that being “unbiased” was only a one-way street. Rush asked the hard questions and challenged the status quo in American political commentary, culture and in his broadcasting profession. You don’t snatch up a Marconi Award four times in a radio career by being mediocre. You don’t pull something like that off without ruffling some feathers.

Driving in my car this morning, I tuned in at 9:00am to hear Katherine Limbaugh’s voice after Rush’s iconic “My City Was Gone” bumper music and I just knew…a legend was gone.

The sorrow yet profound strength in Katherine’s voice made me think of something Rush said once:

The truth does not require a majority to prevail, ladies and gentlemen. The truth is its own power. The truth will out. Never forget that.-Rush Limbaugh

The truth is out there, ladies and gentlemen. Amidst the cacophony.

Thank you, Rush, for being the outstanding, outspoken patriot and American you were.