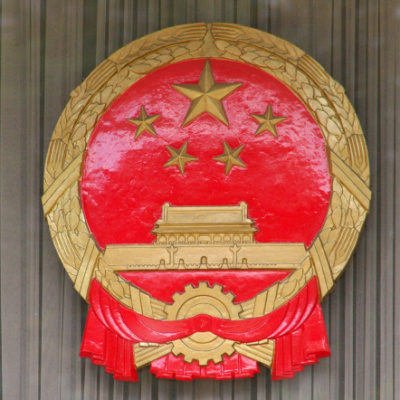 Each time the rational adults in the room say That’s it; we’ve reached peak Leftwing crazy, the Left says hold my beer. And while the writing has been on the wall for 40+ years, the last six or seven have truly turned into Robert Heinlein’s Crazy Years.

The Crazy Years, in Heinlein’s timeline, were when rapid changes in technology, together with the disruption those changes caused in mores and economics, caused society to, well, go crazy.

And, boy howdy, our society has gone “crazy”, much of it a top-down imposition of radical Leftism that has moved from captured institutions into wider society via ubiquitous social media.

USA Gymnastics from Pedophiles to Pro-abortion

What was the head of USA Gymnastics thinking?

In an interview Wednesday, the president of USA Gymnastics announced plans to boycott states that have limited abortion because pro-life views do not align with USAG’s values.

Speaking with the Associated Press, USAG president Li Li Leung said abortion laws will be a major factor in whether a state is chosen to host future events.

“We want to be able to align with cities and locations that are also aligned with our value system,” Leung said.

She actually brought up value system when her organization is neck deep in a decades-long coverup and enabling of widespread sexual abuse of gymnasts, some as young as six-years old. Then again, abortion-on-demand-no-questions-asked has long been a backup plan for pedo and ephobe philes to help hide their criminal behavior. So Li Li may have been inadvertently stating a truth. Any genuine reporters left out there that might like to ask her a question or two?

Male is thrilled to earn $$ as Lady Golfer

Trans golfer Hailey Davidson has targeted the LPGA to become the next battleground in the radical transgender agenda. (snip)

Davidson has already begun earning checks from the game after winning $2,250 in a tournament in January and another $2,000 check by beating a biological female golfer in March.

Davidson is not just giddy from taking money from women golfers, he can’t wait to do “find a way” to make sure any law that protects the rights of women and girls to their own space is gone.

In 1973, activist Sacheen Littlefeather (real name Marie Cruz) was one of the early adopters of the “let’s politically grandstand at a non-partisan event” schtick. Let’s just say the industry audience at the Oscars back then were not standing on their hind legs clapping their flippers like their brethren at De Niros F**k Trump tirade at the 2018 Tonys. But no moment of discomfort to a person holding a BIPOC-privilege card is to ever go away. So bring on the groveling.

Now, almost 50 years later, the Academy of Motion Picture Arts and Sciences has offered her a formal apology.

“The abuse you endured because of this statement was unwarranted and unjustified,” wrote former Academy President David Rubin in the note. “The emotional burden you have lived through and the cost to your own career in our industry are irreparable.

“For too long the courage you showed has been unacknowledged. For this, we offer both our deepest apologies and our sincere admiration,” he continued.

And the violins swell as Rubin slits a wrist to fall at Cruz’s feet to lick them as he bleeds out. But, wait! There’s more!

The Academy also announced a “program of conversation, reflection, healing and celebration” honoring Littlefeather. The event, which will take place on September 17 at the Academy Museum of Motion Pictures, will feature a conversation between Littlefeather and producer Bird Runningwater, co-chair of the Academy’s Indigenous Alliance. Per CNN’s Scottie Andrew, the evening will also include performances by Native American artists. Virginia Carmelo, a descendent of the Tongva people, will lead a land acknowledgment.

Isn’t that special? Another crazy Leftwing genuflection for all manner of institutions and public gatherings is a semi-religious offering of how one is standing on “native land” no matter how tenuous or tortured the connection.

Yes, it’s Berserkeley but you know this kind of blatant, illegal racism is pretty acceptable across the university system in the nation.

White guests are banned from the common spaces at the Person of Color House, an off-campus housing option for Berkeley students, according to a photo of the guest rules recently posted on Reddit.

The great American experiment is one of a Republic chartered (because that’s what the Constitution is) on a set of Western enlightenment and religious principles. Individual rights that needed to be protected by, and from, the government. Leftism is, at its core, a religious movement that rejects the whole concept of individuals. Its primary focus was on class, but now they’ve substituted in melanin levels to divide the groups and this race-obsession is so prevelant that even the Smithsonian succumbed to the idea that American values of goal-oriented hard work and individual responsiblity is nothing more than white supremacy.

We are living The Crazy Years.