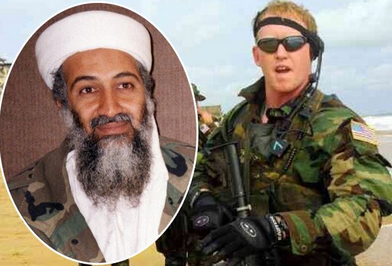 Publishing “kill lists” to social media with names and addresses of U.S. military personnel and their families is nothing new for the fundamentalist Islam terrorists know as ISIS. Or as we like to call them here, Daesh. Earlier this year, it published a lengthy list, encouraging lone wolf-types to target those on the lists for assassination. Most service men and women say they are “un-fazed” by the mentions, and that it’s little more than an intimidation tactic. And now, a very famous Seal Team Six member has reportedly made their hit list: The man who slayed Osama Bin Laden, former SEAL Team Six member, Rob O’Neill. From NewsMax:

A British Islamic State (ISIS) sympathizer has published what he says is the address of former Navy SEAL Rob O’Neill, who has publicly claimed responsibility for killing al-Qaida leader Osama bin Laden, the Mirror reports.

The unnamed ISIS supporter calls on Islamic extremists in America to kill O’Neill and the information has been repeated on social media sites despite efforts by those sites to take it down, according to the Mirror.

“I leave this info of Robert O’Neill for my brothers in America and Al Qaeda in the U.S, as a number one target to eventually hunt down and kill,” the original message reportedly read.

The Mirror said it found the post by monitoring jihadi online chatter, and several posts linked to the original information.

According to The Montana Standard, O’Neill and his family are aware of the threat and are taking “proper precautions.”

Of course, threatening tweets like this tripe soon followed. (Note: The original tweet is no longer available but, oopsie, screenshots are forever):

Pretty chilling stuff. And there are hundreds of similar followers with equally disconcerting tweets and bios.

Now this specific call to jihad against a former member of SEAL Team Six may sound far-fetched, but given our wide open southern border, and Obama’s planned influx of hundreds of thousands of “Syrian refugees,” if Islamic extremists of all types aren’t already here, Barry’s hung a giant “Welcome!” sign on every downed fence post along the Texas border. And Steven McCraw, director of the Texas Department of Public Safety, is very concerned about just that:

“[I]ndividuals that come across the Texas/Mexican border from countries with a known terrorism presence and the answer to that is yes,” McCraw stated over the weekend when asked if any suspected ISIS terrorists had yet infiltrated the border.

“We have individuals that we’ve needed to debrief in Pashto/Dari,” the director said, referring to two languages spoken in Afghanistan. “Not a lot of Pashto and Dari speakers around.”

“But you can’t think about the last attack; you have to think of the next attack and where our vulnerabilities are,” the director added. “So, we’re concerned about that.” (You can read the full TDPS report here.)

And no one knows the threat of importing ISIS disguised as “refugees” into America better than Rob O’Neill himself:

These 'refugee' men might turn into a problem. Thank you political correctness!

And O’Neill has pointed out that terrorists have already been caught posing as “refugees:”

Meanwhile, Barry has jumped, once again, on to the Gun Control Bandwagon, last week citing Australia’s confiscation of guns as a model to which we could follow. Oh, yes, he did. And not to be outdone in the Petty Tyrant Scepter-Wielding Department, Hillary said this about how she’d impose gun control if elected POTUS:

Aside from her fact-challenged rhetoric, and proposals that clearly infringe on our natural right to self defense, here’s the most chilling part of her plan:

Clinton also said that “if Congress won’t act,” she will take “administrative action to close” the so-called “gun show and internet sales loophole” and require that anyone trying to sell a significant number of guns be deemed “in the business” of selling firearms.

Yep, she’ll go around Congress, following in the precedent-setting footsteps of King Barry the Lesser. Make no mistake: She’s given us a clear picture of what a Clinton Do-Over presidency would look like.

Something tells me, whether or not this Daesh threat is accurate, Mr. O’Neill can handle himself. Either way, this should be a wake up call to all of us. ISIS will get in, if they haven’t already, so we’d best be prepared, because Mr. Obama and his minions aren’t going to stop them. Seems his ultimate daydream is to see us completely disarmed, even in the face of the metastasizing threat that is Daesh, and its determination to infiltrate “Syrian refugees” and southern border crossers. Thankfully, millions of great Americans like Rob O’Neill will die before they let that happen.