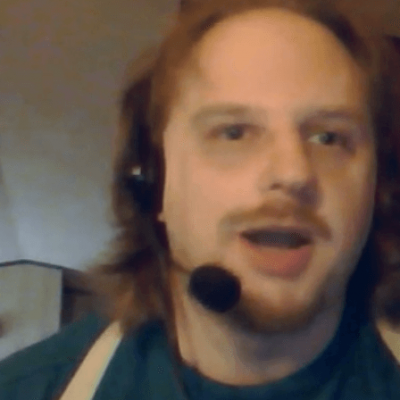 Previous post
In The Liberal Land of No Boundaries, Pedophilia is Okay

Quote of the Day: Trump Says Model “Looks Like a Third-Rate Hooker” (AUDIO)

Next post
Bergdahl Court-Martial Delayed Until After Election [VIDEO]

Quote of the Day: Trump Says Model “Looks Like a Third-Rate Hooker” (AUDIO) 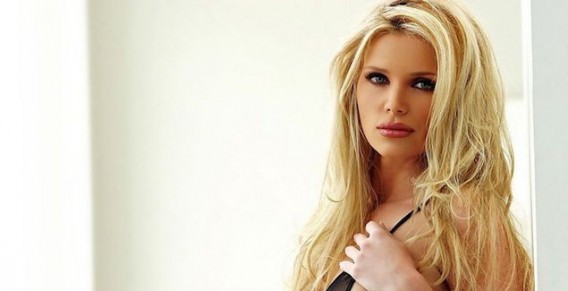 Donald Trump loves to brag about the many women he’s dated and bedded. He’s also seemingly obsessed with appearances. It doesn’t matter how accomplished a woman might be; if she doesn’t meet Trump’s standards for physical perfection, then she’ll be publicly trashed. It’s why he fit right in with Howard Stern; Stern is known for being crude and disgusting, and openly objectifying women… but Stern isn’t running for president. He can think whatever he wants about women and their appearances, but a man who is going to represent the most powerful nation in the world should have the self-control to behave in a manner befitting that role. Trump seems either unwilling or uncapable of doing this.

12 years ago, Playboy model Victory Zdrok gave an interview to Chaunce Hayden about her time with Donald Trump. According to Zdrok, he contacted her bosses at Playboy and requested a meeting with her, purportedly to use her for an ad campaign for one of his casinos; they ended up going on four dates. And she didn’t paint the most flattering portrait of him, either.

First of all, he’s really arrogant. He’s really into himself! On a date all he does is talk about himself. He loves himself! The first thing he says to me on our date is that he’s taller and better looking than what he looks like in pictures, and that people don’t realize it. He said, ‘People don’t realize how handsome I am!’ He actually loves himself! I never met a more narcissistic person than Donald. You feel just like a piece of jewelry when you’re with him. For him it’s all about looks, appearances, and signing autographs. He just loves it.

The Daily Beast has more from Zdrok:

Zdrok also told Hayden that all Trump did on their dates was “talk about his ex-girlfriends. He couldn’t stop talking about Ivana [his first wife] and Marla [Maples, his second wife] and how skinny and horrible Marla looks now and that she looks like shit since she cut her hair off.

“He just loves to talk about which women are in love with him and always calling him. He loves to talk about how women are chasing him all the time, which doesn’t make a girl feel special on a date. The other thing he talks about is what a great lover he is. He said to me, ‘Once you made love to me, you’ll never be able to make love to anybody else.’”

Zdrok, who told Hayden she had not slept with Trump (she did not want to be “another notch on his belt”), accused him of being racist.
“He would always talk about this one girl, a supermodel, and how he would give her the best orgasms of her life. And how she misses him so much. He told me he really likes this girl but he would never go out with her because he found out she was half-black and that would be bad for his reputation. I thought that was very racist.

“He didn’t like that she was some weird ethnic mix so he wouldn’t go out with her publicly, but that he really missed her and she was wonderful in bed. He needed somebody more mainstream.”

This characterization didn’t sit well with Trump, naturally. So he went out of his way to call Hayden himself and said that Zdrok, the woman below, looks like a third-rate hooker, so naturally, he would never date her. 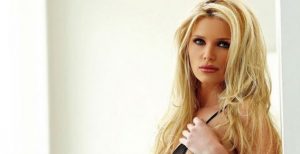 The audio is still there for anyone to hear (caution for language):

This person? I don’t even know who the hell she is. I never took her out. I don’t know who she is. And by the way, based on her picture, I would never take her. She looks like a fucking third-rate hooker. I mean, give me a break. I never took this girl out. I never took her out. She’s full of shit. Take a look — Chaunce, look. I have good taste in women. Take a look at her picture. First of all, she’s not a Playboy — she’s like a, a Playboy something girl, is what, number one. Anything, it’s all bullshit. I never took her out. When did this — how long ago was this? Ten years ago? That’s bullshit. That’s just total bullshit. And, and number one. Number two, who the fuck? I use models for that, I don’t use Playboy people for that stuff. But I don’t use Playboy people for that. We use models. It’s total bullshit, Chaunce. It’s total bullshit. I have no idea — except — I know one thing. She called up the office like ten different times, years ago. This was like five years ago. That’s the only reason — because it was an unusual spelling. I never took her out. She wanted to go out. Did Norma tell you she used to call? Yeah, and that’s the only reason that I recognize the name. That was like five, six, seven years ago. You’re talking about — you’re dealing with ancient history, number one, and you’re dealing with a person I never took care of. And, based on her picture, I would never take care of her. I don’t — she’s not even attractive. She’s not a good-looking girl. Penthouse. Who the hell wants a Penthouse Pet? Penthouse is gone, it’s bankrupt, it’s over. I mean, Penthouse — she’s a 35-year-old Penthouse Pet, that’s pretty pathetic. Hey Chaunce, give me a break. You shouldn’t write a story like that. It’s bullshit. You think I would go out with a Penthouse Pet? Penthouse — I thought it was Playboy. She’s, she’s — forget it. I, I never took her out. Hey, excuse me. This is the fourth time that this has happened to me in the last two weeks. The show went to number one. I don’t know, you just saw that, I guess. Well, at least two of them, I actually did date. Actually, they were very nice. They said great things about me. And another one who said terrible things about me, but I never even heard of her. At least this one, I heard of because she used to call the office. And I didn’t speak to her. But look, it’s total bullshit, and you know, it’s not right to have somebody ride the coats. The only reason I call you about it — it’d be easier just not to call you though, nobody gives a shit — the truth is, it’s just so fucking false. I don’t like to let ’em get away with this crap.

So in the span of one conversation, Trump goes from having no idea who the girl is to knowing exactly who she is. Interesting.

Zdrok, for her part, appeared in both Playboy and Penthouse; in 2004, the year that this took place, she was named the Penthouse Pet of the Year. Zdrok also got her juris doctorate and a PhD in clinical psychology. Most people would likely not only call her attractive, but accomplished… except in Donald Trump’s strange little world. And while he slammed Zdrok for her age in the interview, for being an old, worn-out, washed-up 35-year-old, Trump himself was 57, and he’s not exactly winning any awards for being super attractive himself… well, unless you really, really like Cheetos and cotton candy-style comb overs.

We can also see from this conversation that the Donald Trump of 2016 is exactly the same as Donald Trump of 2004. He reacts the same way now anytime someone criticizes him. He explodes, insults them, belittles them, derides them, and uses every immature taunt he can think of. He lies about what happened and blames the person who exposed his fault. Is Trump lying about Zdrok here, or is Zdrok making the entire thing up? There’s no way of knowing. But considering how often Donald Trump lies, that many other women have echoed similar sentiments about Trump, and how he lied in that one conversation about her, it looks a lot more like Zdrok is the trustworthy one.

But still… what does any of this matter, one might ask? Who cares if Donald Trump insulted a former Playboy Playmate and Penthouse Pet? Well, for starters, lashing out and criticizing a woman’s appearance as “looking like a third-rate hooker” simply because she committed the cardinal sin of speaking about Trump in a less-than-flattering manner shows how very not presidential he is. So she said some things about him that are not nice. So what? To most public figures, they would ignore it, or maybe just issue a denial through their P.R. rep, and then just move on. But not Trump. No, Trump sought out the reporter who did the interview, lied during his explanation, and insulted Zdrok as means for his denial. That’s not normal for any public figure, whether they’re a celebrity or a politician. And it’s certainly not what we need in a president. Because guess what? He’s going to get criticized as president. He’s going to get criticized a lot. Some of the people who criticize him will undoubtedly be women. So what is he going to do when a female world leader like, say, Angela Merkel criticizes him? He has a history of horrifying sexism and misogyny, coupled with ridiculous levels of egotism and very, very thin skin. That is worrying when it comes to a person who very well could be the next leader of this country, because that position comes with criticism no matter who you are. And what happens when a reporter has the courage to run a piece about Trump that he doesn’t like? Right now, all he can do is stomp his feet like a toddler and squeal about it. He’s promised as president to go after the media for running “negative” articles about him. So don’t brush off this story as no big deal. Stories like these say a lot about whether or not someone is presidential material, and in Trump’s case, they say nothing good.