Previous post
Unease In the Middle East With Arrests In Jordan

Questions About The Illegal Immigrants At The Border

Next post
DeSantis Is The Threat That 60 Minutes Fears

Questions About The Illegal Immigrants At The Border 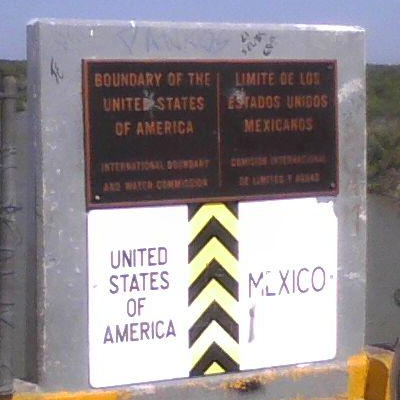 Victory Girls own Deanna wrote a great post yesterday about Joe Biden trying to change the narrative on the border crisis. Reading her post, raised so many questions. If we had journalism in this country, the journos might be asking these questions, but we don’t, so they don’t.

You can read Deanna’s full post here. Deanna recounted the story of the three and five year old sisters who were dropped over the wall by the smugglers, who also dropped a bag with their passports and a cell phone. Their mother is already in the United States. Here are a few questions. Is their mother in the U.S. illegally? Did she condone, coordinate or pay the cartel to smuggle them to the border? Is this the kind of mother we want to turn children over to? This mother allowed her children to travel 3100 miles with drug and human trafficking cartels. We sentence mothers to jail for leaving their children in a car while they go for a job interview.

I have questions about the payment to the cartels. We are told that these migrants are desperate to get to the United States. They have nothing in their home countries. How much do they pay the cartels to bring them to the border? From Market Watch in 2019, here is part of one story:

When the doors of the semi-trailer in southern Mexico swung open to the crowd of waiting migrants, the 26-year-old Honduran man wanted to turn around and leave with his wife and 4-year-old daughter.

The windowless metal box was not what a smuggler had promised some 310 miles to the south in Los Amates, Guatemala, near the border with Honduras. There, $7,000 promised a care-free journey to the U.S. border aboard luxury buses with meals included.

Now he could only think of his daughter and the $4,000 they had already paid and couldn’t afford to lose.

“I risked my daughter because they told me that we weren’t going to suffer, that we were going to come comfortably, eating well, but it was all a lie,” said the man, who agreed to be identified only by his middle name, Jesús, out of fear for his family’s safety. “On the journey it’s another reality.”

That sounds like $11,000.00 to me. That’s a big chunk of change. Let’s assume they sold everything they owned to get that eleven grand. They don’t seem that poor to me. I know people who couldn’t raise one grand selling everything they own, here in the United States. And, they have cell phones. Those aren’t cheap. How do they charge them? Are there charging stations in the desert?

Where is our vaunted “compassion” for the people being trafficked? According to super reporter Lara Logan, these people are enslaved:

If you haven’t paid the cartels what you owe them when you get to the border, you still owe them. That’s why those hardworking immigrants have two jobs. As Logan said, the migrants wear wristbands that link to databases to track both them and their family back home. You want your brother in Guatemala to live, you better pay up. Different rates, too, for different parts of the border.

As Joe Biden prepares to open another 90,000 square foot facility for illegal immigrants in Eagle Pass, Texas, there are more questions. These children are checked for lice when they are processed. What other diseases are they checked for? We have to assume they don’t bring their vaccination records with them. The sheer volume would suggest that they aren’t being tested for Covid-19. Are they being checked for tuberculosis? Meningitis or Hand, Foot and Mouth disease? In addition to the tent cities being Covid super spreader centers, with people packed in the way they are, could they be super spreader centers for the stomach virus?

This, this is what the Liberals call compassion?

Why are the American people not asking themselves questions? It’s our tax dollars going to fund this human disaster at the border. We deserve answers.