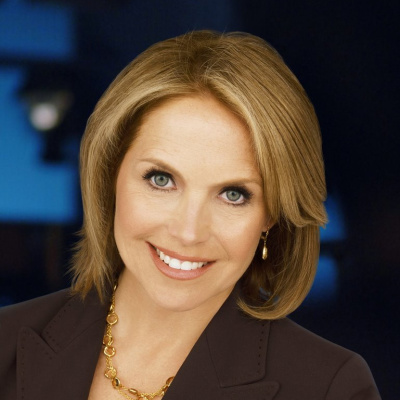 In case you do not believe that we are in a civil war in the U.S.A., consider the breadth and reach of the PsyOps or Psychological Warfare currently being deployed against the Right by the Democrat Media Big Tech Industrial Complex. When you start putting the pieces together, you will be gobsmacked by how all-encompassing it is and how many characters are involved. Most of them are useful idiots.

Having a definition of PsyOps that we all agree on is a great starting point. From the Rand Corporation:

Psychological warfare involves the planned use of propaganda and other psychological operations to influence the opinions, emotions, attitudes, and behavior of opposition groups.

Note, that PsyOps are different from advertising, where you are trying to persuade your audience. Psychological Operations are aimed at division. Barack Obama used this effectively with his “bitter-clingers” comment in 2008. He separated his voters as elite, from the unwashed in middle America.

The rhetoric has been cranked to eleven now. We hear it. We know it. But, I never heard anyone say it until I heard Lt. General Gerald Boykin (U.S.Army,ret.) say it on the radio. Boykin knows of what he speaks. He was with Delta Force for a decade and a half. He said that we are in a civil war and the Left is using Psychological Warfare. And, then I put it all together.

The Russia Collusion farce, the Impeachment farce, the stolen election and the uncompromising words used against Trump supporters or those who may be perceived as Trump supporters, like law enforcement and the military. Victory Girls’ Kim wrote about Congressworm Steve Cohen and his vile comments about the military yesterday. You can read her post here. Steve Cohen has a long history as a weasel, so no one is surprised. He is from West Tennessee, and as I told Kim, he couldn’t get elected to a Homeowner’s Association Board in East Tennessee.

Perky Katie Couric was, is and always will be a useful idiot. Not known for her intellectual heft, she told Bill Maher:

“I mean, it’s really bizarre, isn’t it, when you think about how AWOL so many of these members of Congress have gotten. But I also think some of them are believing the garbage that they are being fed 24/7 on the internet, by their constituents, and they bought into this big lie. And the question is how are we going to really almost deprogram these people who have signed up for the cult of Trump.”

What garbage, Katie? And, how do you want to deprogram 75,000,000 people? Kirstie Alley called out the perky former morning chat host:

Wow @katiecouric we’ve known each other for 35 years but if U really think I need to be deprogrammed along with 80 million conservatives ur gonna need to organize massive deprogrammers. Curious who they would be. Shrinks or Nazis? I hear both were good at it, yet still failed

Asked by Robinson how the country could go about deprogramming Trump supporters, Hannah-Jones said that history shows people need to face consequences for their actions.

“I know we can look to history,” Hannah-Jones said. “What ultimately breaks that power structure in the South is enforcement, right? There has to be consequences. And then once you get those consequences … people have to take a second look at their actions.”

Deprogramming AND punishment for our actions? We exercised our rights as citizens and voted for the candidate of our choice. We must be punished.

.@SpeakerPelosi and I agree:

Congress needs to establish an investigative body like the 9/11 Commission to determine Trump's ties to Putin so we can repair the damage to our national security and prevent a puppet from occupying the presidency ever again. pic.twitter.com/yR7LQmXm5Z

If anyone is damaging our national security, it’s these two females.

Language is an important weapon in any war. All of these people are firing shots in the civil war PsyOps against 75,000,000. They call us everything from deplorables to insurgents. They accuse us of sedition and insurrection. If those aren’t fighting words, I am a Liberal. Be prepared and keep your head on swivel.