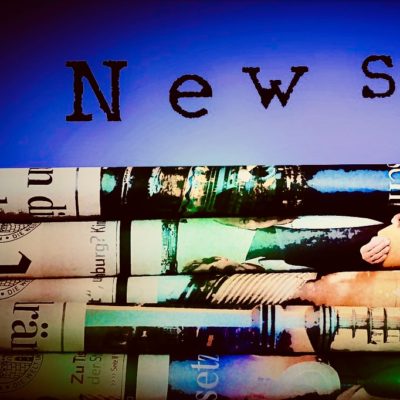 Next post
Student Journalists Walkout Because Boss Was Mean 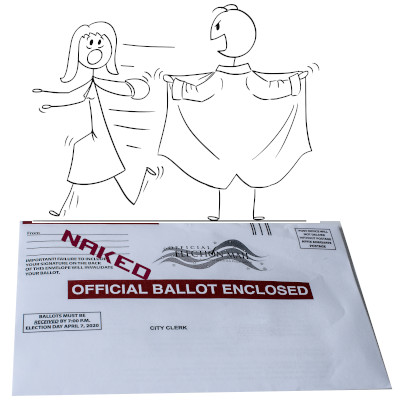 Just when you thought you’d seen it all, a group of Pennsylvania lawmakers prove you wrong. Three female lawmakers “got naked” to remind everyone of the problem of naked ballots. Way to go, ladies–and I use that term loosely. You’ve not only made a mockery of the voting process but you’ve set back women’s rights at least a couple of decades.

“Hey, I have this wild idea. Let’s get naked to try to save our democracy.” That’s how Bethany Hallam, an Allegheny county council member, got this naked ball rolling. I don’t want to sound cynical, but this is nothing new. If you’re old enough to remember the 1960’s on, you’ve seen some variation of this. Too bad Hallam didn’t learn to sound and look more convinced of the seriousness of her “cause”.

Desperate times call for desperate measures! So your favorite elected officials got naked so that you remember to make sure that your mail-in ballot is NOT submitted without its secrecy envelope!! #nonakedballots #dressyourballot pic.twitter.com/bQXaQRHj0j

Now I don’t know about you, but the only thing this sort of thing does for me is give me three more politicians I don’t want to vote for.

But, Amanda, they say these are desperate times that call for desperate measures.

Oh, and while we’re asking questions about the tweet’s images, where are their masks and why aren’t they social distancing? Inquiring minds want to know.

Admittedly, the issue of naked ballots is a serious one. Or it could be if the election is close in PA. A naked ballot, for those of you doing whatever you can to erase the images from your brain, are mail-in ballots returned in something other than the official envelope. In the primary, a number of voters failed to use the provided envelope and it wasn’t until recently that a judge ruled those votes could be counted. However, naked votes will not be counted in the November election.

Hence the panic that seems to be at the root of the above tweet.

And, yes, that panic comes from the Democrats who are terrified Trump will once again win the state.

So, instead of putting forth a candidate who can string three words together without forgetting his train of thought, they let three female lawmakers get naked. Because this is such a serious concern.

Bethany Hallam is the mastermind (mistressmind? What’s the politically correct term here? I know–crackpot!) behind the scheme.

Immediately when I heard the term naked ballots, and being a woman in the male-dominated environment of politics, where they are always trying to control our bodies, I thought, ‘Why not take some control back? And also get the voters’ attention,” Hallam told the Guardian.

Say what? When did this go from making sure voters properly fill out and return their mail-in ballots to a commentary on men in politics, reproductive rights and control issues? This isn’t about making sure the ballots are properly filled in and returned. Instead, it is all about Hallam and company getting “attention”.

Do you doubt it? Take another look at the images in the tweet. The cheesy cheesecake pose should tell you a lot about just how serious Hallam is taking this.

Hallam said she had fun posing joyfully for her campaign to make every vote count.

“It was empowering. And to stand alongside two other badass elected officials that I enjoy working with … we were having a blast and also helping voters,” she said.

Hmm, there she goes again. Notice what she mentions first, probably because it is the most important factor to her. It was empowering. They had a blast. Oh, and it was helping voters.

Funny how the voters come in last in her list of why she did it.

“I’m not just trying to protect Democratic voters. I’m trying to make sure all voters ballots are counted,” Hallam said.

I have to ask again, how? How does posing naked and making a mockery of the vote protect anyone? (Unless she hopes it will keep people from voting? Then it would protect the Dems.) How does her “campaign” protect anyone when she ignores any applicable mask mandates and social distancing in this age of Covid? You know the Dems would be screaming to high heaven if three conservative women posed as these three Dems did. Cries of outrage mixed with screams that they want grandma to die would fill the air. The media would be denouncing them and doing what it could to drive them from office. But not these three. They’re golden, at least in the eyes of the media, because they are liberated women wise enough to be Dems.

Gag me with a spoon–or maybe with a naked ballot.

This is a good example of what the Dems are putting up to run our country. This is a better example of why we must get out to vote. The Dems are desperate. We already know Pelosi is doing everything she can to stack the deck in case the election winds up going to the House. We can’t let that happen and the only ways to prevent it are to vote and to man the polls. Make sure no voter suppression takes place there. Demand your law enforcement and election officials prosecute those who commit voter fraud.

The ability to vote for those men and women who serve us is a right we must not take lightly. Nor should we forget that they are there to serve us and the best interest of our country, not the other way.

As for Ms. Hallam, I suggest she take a look around and realize folks are getting tired of this sort of behavior. She is doing nothing for women’s rights, voting rights or much anything else with antics like this.

So here’s my vote to avoid naked ballots and PA lawmakers getting naked to mock our voting process. 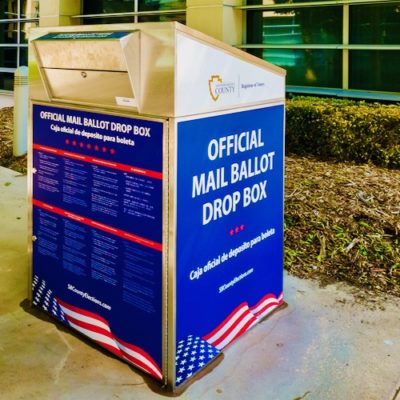 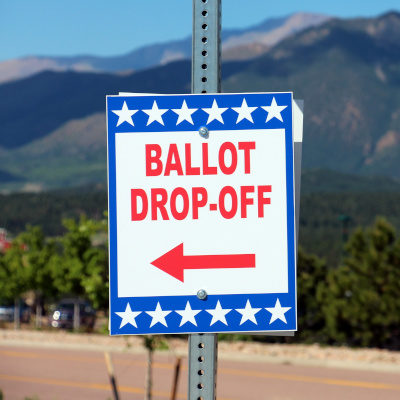