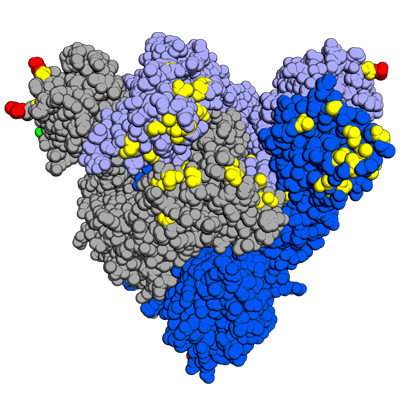 Who didn’t see this coming? The Omicron variant of the Covid virus just showed its ugly little face in California, as announced by the Centers for Disease Control. On November 22, Patient Zero just returned to the Golden State from . . . you guessed it. . . South Africa. At this time the patient is in isolation, but is showing mild symptoms and is improving. According to reports, the patient had been fully vaccinated.

So how’s that travel ban working out for ya, huh?

The New York Times reported that the World Health Organization — Xi Jinping’s toadies — warned that the risk that Omicron poses is “very high.” Why? The NYT notes that the virus carries more than 50 — 50! — genetic mutations that may make it more contagious while it can wage war the body’s immune system more efficiently. Theoretically, anyway, they said. Plus, Omicron has been detected in over 20 nations, mostly through travelers.

So naturally WH Press Secretary Jen Psaki trotted out the Patron Saint of Wuhan, Dr. Anthony Fauci, to announce the news to the press pool.

… not all of them clung to his every word like the cultists so many of them are.

Like Philip Wegmann of Real Clear Politics, who asked Fauci if some governors, like Kathy Hochul in New York, are hitting the panic button too early. However, Fauci didn’t want to comment.

.@PhilipWegmann: "Last week, the governor of NY signed an executive order to postpone elective opt surgeries to prepare for the omicron variant…Do you believe that some states might be going too far too quickly before we know too much?"

And of course Peter Doocy fired a gotcha question at Fauci: he wanted to know if those border crossers were going to be tested for Omicron.

Well, that’s different, said Fauci. Of course it is.

Doocy: “You advised the president about the possibility of new testing requirements for people coming in to this country, does that include everybody?”

Fauci: “The answer is yes.”

Doocy: “What about … these border crossers?”

Finally, you just knew that Sen. Rand Paul would have words about Fauci’s comments on Omicron. Appearing on Fox News right after the presser, Paul fired at Fauci’s desire to test everybody for the variant:

“Instead of waiting to find out whether this is a dangerous variant, he immediately wants to test everybody. . . .”

“Now, if it’s a black plague, maybe we do have to do more testing. I’m not saying absolutely we don’t. I’m just saying we have no idea. Why would you make a blanket decision for the whole world on locking the country up, banning travel before you know whether this is a deadly variant or a less deadly variant? It’s incomprehensible that this man is still in charge of anything.”

Especially when you consider what Dr. Angelique Coetzee, chairman of the South African Medical Association, had to say about the panic. The patients she has seen, she wrote in an op-ed, have had mild illness. So nothing has warranted the overreaction by countries like the UK. Also, one presumes, what Dr. Fauci would plan for the United States if he gets the chance.

Yes, please do read it. https://t.co/ADByB8uyEc

“The “variants” will supply a never-ending supply of reasons to extend lockdowns, vaccine mandates and punitive measures as mutation occurs and what constitutes a new variant arbitrary.”

So this, my friends, is how totalitarianism starts.