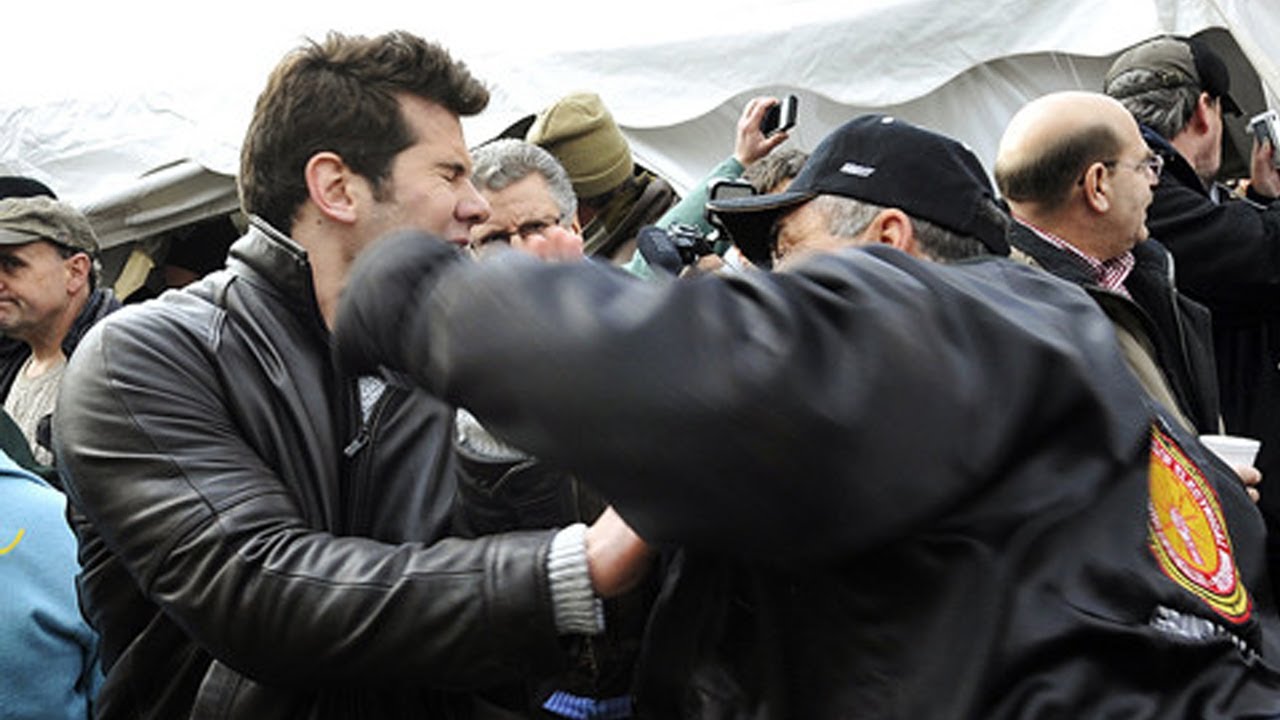 Steven Crowder, conservative comedian, was physically assaulted by union thugs today in Lansing, Michigan. The picture and video below shows Crowder being punched repeatedly in the face and one man is heard yelling, “I’ll kill a motherf*cker with a gun!”. Will these assaults be reported on mainstream media? Or will it be left to new media to report it? Here is the Union thug that assaulted Steven Crowder. Arrest him.

The connection with Obama to this latest thuggery is direct and unmistakable. Barack Obama went to Michigan to encourage the unions and oppose the state government; the unions then turned out to protest, attacking those who had come to support the right-to-work legislation. In addition to the assault on Steven Crowder, union members also tore down a tent that had been pitched by Americans for Prosperity.

Threats, intimidation and violence. This is the way Obama’s union thugs behave and the American people are watching. State-by-State we will take you down. These are the REAL domestic terrorists. DHS are you paying attention? 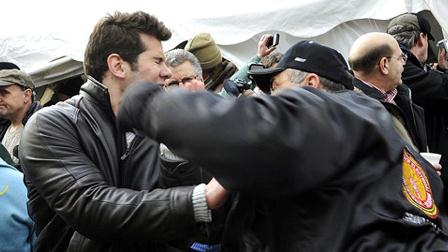