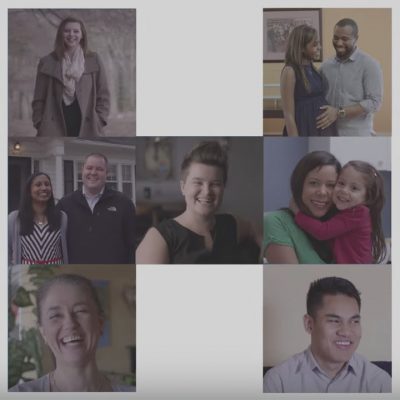 In a small conference room at the 7th Summit of the Americas held in Panama City, Panama, President Obama and Cuban President Raul Castro met for an hour on Saturday, the first time in over 50 years that the heads of both nations have met. Obama claimed that it was an “historic meeting” and that it was “possible for us to turn the page and develop a new relationship between our two countries.” After all, he said, “I’m not interested in having battles that frankly started before I was born,” which is amusing considering that at a White House prayer breakfast in February he bashed Christians for slavery and the Crusades.

They also shook hands, over which the media swooned:

Raul Castro, finding the event to be a great time to curry favor with Obama, called him an “honest man,” an epithet that some Americans found somewhat less than accurate.

@CombatJourno @billpostmus Reassuring to know O is held in more esteem by Commies than most of American people.

But while Obama was not interested in old battles, Castro trotted out the old America-as-imperialist-aggressor canard. In a speech at the Summit that was supposed to last 6 minutes but lasted 50, Castro described America as a “hegemonic force that plundered territories throughout the Americas,” and accused the US of a series of historic outrages against Cuba. But he apologized to Obama, “because he doesn’t have anything to do with all of that,” so it’s all good.

Color Senator Marco Rubio (R-FL) unimpressed. As the son of Cuban refugees, Rubio noted that Cuba is “harboring the fugitives of American justice, including the killer of an American police officer, and dozens of people who have stolen millions of dollars from Medicare — fraud from the American taxpayer. . . .” He also noted, “This is the country that is the third most active espionage force in America today, operating against us, [and also has] military officials who have been indicted in federal court for the murder of U.S. citizens over international waters.”

Another Cuban-American and presidential candidate, Senator Ted Cruz (R-TX) issued a statement critical of Obama’s overtures to Castro. He wrote, “The President said today that his unprecedented meeting with Raul Castro was a step towards the future. Unfortunately, he is leaving the Cuban people imprisoned in the past.”

Oh, but a pox on those detractors! Obama was riding high in Panama, as evidenced by the arrogance he displayed at Saturday’s press conference in Panama. How dare he be criticized! Questioned about the ongoing nuclear negotiations with Iran, the prickly president compared American Republicans who disagree with him on Iran with Iranian hardliners.

He singled out Republican Senator John McCain (R-AZ) for particular treatment, as McCain, the Senate Armed Services Committee chairman, last week had called Iran’s supreme leader Khamenei’s suggestion that Iran wouldn’t allow unlimited inspections “a major setback.” “These differences need to be thoroughly explained by the administration if we are to give serious consideration to this agreement,” McCain warned.

Obama pouted, “I don’t understand why it is that everybody’s working so hard to anticipate failure,” and complained about 47 Senators who sent a letter to Iranian leaders admonishing them that any deal the Obama administration made with Iran may not hold up after Obama left office.

He also lashed out at Senator Mitch McConnell (R-KY) for that senator’s criticism of Obama’s climate change goals. McConnell has been urging states not to comply with Obama’s power plant rules, saying that the US could never meet those goals. Obama claimed that McConnell had been “telling the world” not to have confidence in the US regarding climate change.

What an embarrassment Obama has become: he caters to a Communist dictator, an Islamist regime that sponsors terrorism, repeatedly snubs the Israeli prime minster, and castigates two sitting US Senators while on the world stage. I look forward to 2016, when Americans will have an opportunity to elect a mature, conservative patriot to occupy the White House.