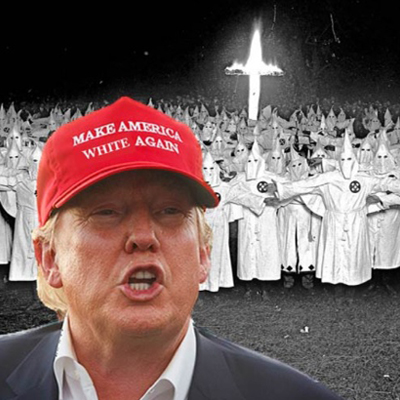 Previous post
Did You Vote for Donald Trump? Then You're Racist, Says CNN Guest. [VIDEO] 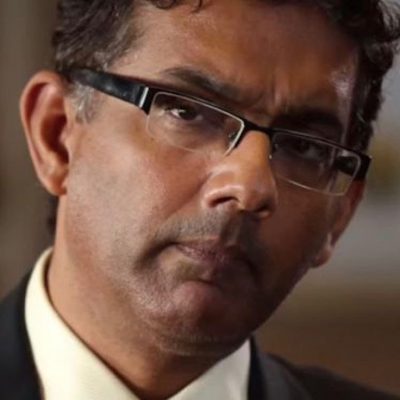 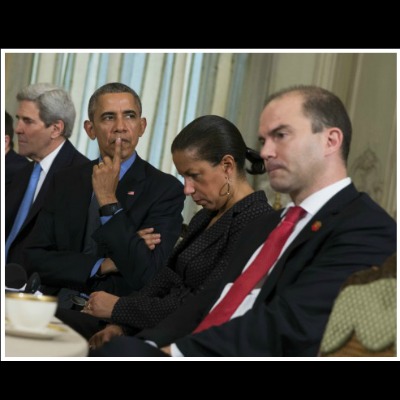 Ben Rhodes was the Deputy National Security Advisor for Strategic Communications for U.S. President Barack H. Obama, and if I remember correctly, political adviser to the Obama campaign. Rhodes has written the first memoir of the eight hundred years of the Obama Administration. 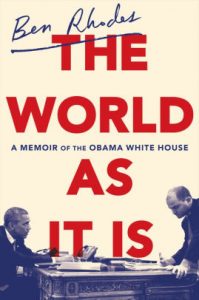 You can tell right off that Rhodes is a self-important twit because his signature is above the title, right? This book “The World As It Is” with the subtitle “A Memoir of the Obama Administration” comes off, from the tidbits released, as as self-important, narcissistic and insufferable as the 952 years Obama was in office. This is the blurb on Amazon:

From one of Barack Obama’s closest aides comes a revelatory behind-the-scenes account of his presidency–and how idealism can confront harsh reality and still survive–in the tradition of Arthur Schlesinger, Jr.’s A Thousand Days: John F. Kennedy in the White House.

Hey Amazon, wipe that drool off of your face.

And, according to another sopping wet bit pre-released in the Washington Post, German Chancellor Angela Merkel HAD to run for a fourth term after Donald Trump won the Presidency to save the world from misogyny, racism, financial collapse and adult acne:

In “The World as It Is: A Memoir of the Obama White House,” Ben Rhodes, a former top adviser to President Barack Obama, recalls how Merkel told Obama after Trump’s victory that the election had contributed to her decision to run again, to defend the liberal world order, according to excerpts published by the New York Times on Thursday. In his book, Rhodes goes on to describe an emotional last goodbye between Merkel and Obama as president, writing that she had a single tear in her eye. “She’s all alone,” Rhodes quoted Obama as noting at the time. 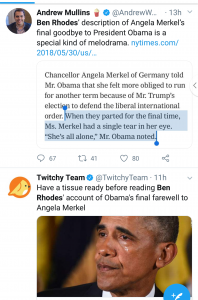 “A single tear in her eye.” Rather than needing to “defend the liberal world order, would it be lovely if Merkel defended the German women who are victims of assault and rape because Merkel’s immigration policies?

And, our new President is a “cartoon figure”, so described by Barack Obama. I enjoyed this next part. From Fox News:

President Barack Obama was veritably shell-shocked in the wake of Donald Trump’s election victory in 2016, and even asked aides “What if we were wrong?” as he struggled to come to terms with Hillary Clinton’s defeat, former adviser Ben Rhodes writes in a new memoir coming out in June.

The book, titled “The World As It Is,” highlights efforts by Obama’s brain trust to reassure him that he would have won re-election if he were allowed to run for a third term.

But Obama remained alternately optimistic and dejected, according to Rhodes, who has been feted as an aspiring novelist-turned national security wunderkind.

While the Deep State and both Coasts are wetting themselves with glee over the epic prose of Ben Rhodes, we, the little brained, unwashed of flyover country, are cackling with glee over Rhodes speechless reaction over the Hillary Clinton 2016 loss. 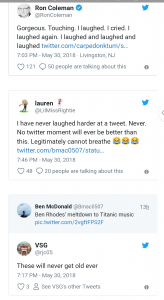 Rhodes, the great writer, he has a MFA in writing doncha know, is struck incoherent by the Victory of Donald Trump over Hillary Clinton, in a new HBO documentary. “The Final Year” is the title and the final year of the 1740 years of the Obama Administration is the subject. @TimRunsHisMouth took that clip, added Hillary’s “Fight Song” theme and gave us the video that will be played for sheer enjoyment over and over and over.

Well, someone else go read Rhodes book when it comes out on June 5. I will still be enjoying the video of Ben Rhodes as his world tilts off its axis and reality slaps him like the little beyotch he is.