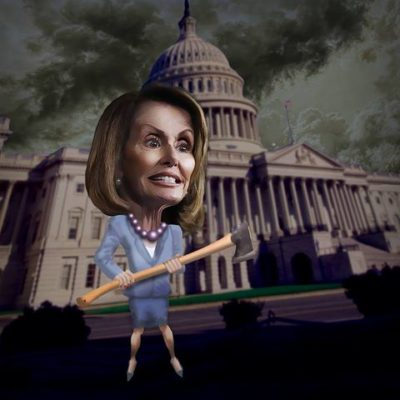 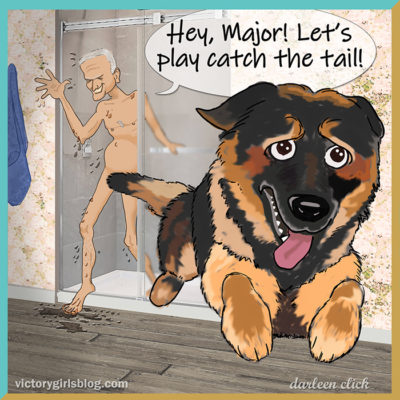 Next post
Creepy Joe Explains How He *Really* Broke His Foot 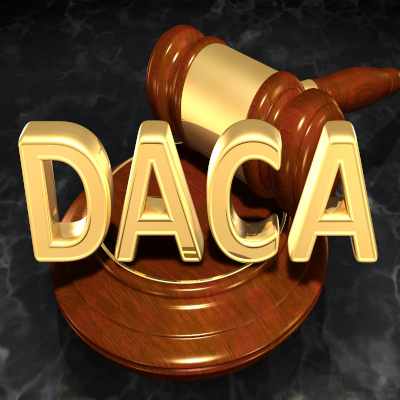 That sound you heard yesterday evening was the sound of liberals across the nation cheering U.S. District Judge Nicholas G. Garaufis’ decision to fully reinstate the Deferred Action for Childhood Arrivals or DACA. The only thing that would make them happier, short of Trump leaving office early, would be throwing open our borders and tearing down the wall.  What each and every one of those cheering the decision forget–or at least ignore–is the fact this is a U. S. District Court ruling out of Brooklyn. The Department of Justice can still appeal. In other words, the proverbial fat lady hasn’t taken the stage, much less sung.

DACA is one of those issues that brought Trump and his Administration directly into the liberal crosshairs. After all, how dare they not welcome these illegal “immigrants” with open arms? They’d been brought here as children and should now be allowed the opportunity–nay, the right–to apply for citizenship.

Forget about the fact many of them have been here for years after becoming old enough to apply for citizenship. Forget about the fact they have been afforded an education and a number of them have attended college. Forget about all those others who have immigrated legally to our nation and have to wait years and pay thousands of dollars to go through the process. These “Dreamers” should get special treatment because they’ve been here illegally for so long.

Pardon me while I find my eyes. I rolled them so hard they fell out of my head.

Don’t get me wrong. l feel for those young men and women who were brought here as children by their parents or other family members and who know nothing but the U.S. Hell, I wouldn’t want to be sent back if I were in their shoes. But does that give them special status over everyone else who wants to come to the U.S.? How about those who come from regimes where their very lives are put in danger each and every day they have to delay leaving?

Those were some of the questions the Trump Administration asked when it was decided to dismantle DACA. It wasn’t that the door was slammed in the faces of those young men and women. It simply meant the special treatment ended. The Dems screamed “Racist!” and “Orange Man Bad!” and began a round of court challenges with Judge Garaufis issuing the latest ruling.

So what did he have to say?

To give you an idea about the impact of this decision, there are approximately 640,000 people currently enrolled in the program. Pardon my cycnicism, but how long do you think it will be before they find a way to fast-track even more the road to citizenship for these “Dreamers”, possibly at the cost of those immigrants who are here legally and trying to become citizens?

In case Garaufis’ name seems familiar, it should. He’s the same judge who ruled last month that Chad Wolf did not have “lawful authority” to be the Acting DHS Secretary. In doing so, he threw out Wolf’s July memo reducing DACA recipients’ work permits to one year.

This is a victory for our dreamers, and we won’t stop fighting for them.#HomeIsHerehttps://t.co/MNZGnW7x0y

Because this is little Chuckie Schumer, these Dreamers would be wise to ask what he wants in return. I worry they will see only that their “dream” is closer to reality and not look beyond to see the motivation behind the Dems and this push to reinstate the program.

Garaufis, a Bill Clinton appointee who was recommended for the position by Daniel Moynihan, stayed true to the liberal roots that helped put him on the bench. However, his word on the matter won’t be the last. As noted earlier, the DOJ can appeal. But there is still at least one other DACA still to be decided. This one is centered in the Southern District of Texas. State Attorney General Ken Paxton is determined to move ahead with the case, notwithstanding Garaufis’ decision.

Even so, the usual cheerleaders for all things that strip away actions taken by the Trump Administration, Elizabeth Warren is applauding yesterday’s decision.

DACA is back, and our Dreamers are #HereToStay. Congratulations to everyone who fought their hearts out for this victory.https://t.co/VR61YZRezH

And like all good Socialists–is there such a thing as a “good Socialist”–Warren promises something she has not control over. The Dreamers are getting a repreive. But, to put it into criminal law parlance, they have not yet been given a pardon.

The Dems call themselves the party of compassion, of equality. But answer me this: how is it compassionate and equal to treat these “immigrants” different from those who have followed the law and done everything that’s been asked of them to become citizens? Yes, there is a difference in situation because the Dreamers were brought here by their parents or other adult. But where do you draw the line?

Under the Obama era DACA provisions, you could apply for protection under the act as long as you were “born after June 15, 1981 (or have been no older than 30 on June 15, 2012).” They also must have entered the US before their 16 th birthday and must be 15 years old to apply for DACA status. How does that apply now?

Ordering DHS to go back to Obama-era rules does nothing to solve the problem of illegal immigration. All it does is give the liberals what they hope will be a deeper voter pool. It is another way of eroding the rule of law in this nation. It is time to let your representatives in Congress and your Senators know how you feel about this latest liberal decision.

Dreamers can dream and I encourage them to do so. But not at the detriment of others who want to immigrate here legally. And most certainly not simply because the liberals see them as political pawns in their eternal quest for unending power.