No One Died at the Watergate Hotel

No One Died at the Watergate Hotel

It is now official – the special select committee is now in existence, and Representative Trey Gowdy will be chairing it.  The vote was 232 to 186, with 7 Democrats joining all the Republicans to vote for the establishment of the committee.

Predictably, House Democrats freaked out.  Debbie Wasserman Schultz of Florida claimed that the vote and committee are simply fundraising stunts for the GOP.  Louise Slaughter of New York seized on that theme, trotting out the “have you no shame?” line.  Elijah Cummings of Maryland also took to yelling on the House floor.

I did some thinking as I went about my day (mostly in my minivan), thinking about what the point of this committee is, and what is its ultimate goal.

The point, I concluded, is to have a complete timeline and picture of what happened in Benghazi on September 11, 2012.  And not just what happened, but why it happened.  And then once it did happen, and 4 flag-draped caskets were being flown back to the United States, why were we all told that the man responsible for these 4 deaths was a guy in California who made a cheap YouTube video (11 months earlier)?  And to this day, why is that man the only one who has spent any time inside of a jail cell?  And why is the administration – who promised “justice” for those who carried out the attack on the Benghazi complex – now content with jailing someone who was a world away, actively avoiding turning over documents until forced to, and sending out idiot lapdogs who say flippant crap like “Dude, this was like two years ago.”

I’m sure the Stevens, Smith, Woods and Doherty families feel the same pain today, almost “two years ago,” as they did upon learning that their loved ones had been murdered in Libya.

Even if the committee is a “waste of time,” as the Democrats would say, what is harmed by having the answers to all of those questions.  If, after all, there was no cover-up, no delays, if this was such a sudden and vicious attack and it was all over before anyone could have done anything – then why wouldn’t the administration be falling over themselves to produce that evidence, and lay all of these questions to rest, once and for all?

The longer this goes on, and the shriller the cries become from the most loyal of Democratic tools, the more obvious it becomes that the administration can’t answer those questions without looking either grossly incompetent, or criminally liable.

And the thought that keeps ringing through my head is that no one died at the Watergate Hotel.

Watergate is supposed to be the greatest political scandal of modern American history.  The crime and cover-up forced the resignation of a sitting president, and 48 government or White House officials were found guilty of crimes related to the actual break-in or the subsequent cover-up, and most served jail time.  The entire Watergate scandal made such an impact on the American consciousness that scandals still carry the “-gate” suffix.

And yet Benghazi, where a serving United States ambassador, one State Department employee working in the Foreign Service, and two former Navy SEALs and current CIA operatives were all killed in a terrorist attack, is not worthy of the time or attention of the United States Congress to figure out how and why they were killed.

Tom Cotton of Arkansas summed up his disgust at the Democrats’ hissy fit, and said it far better than I could:

These four men deserve justice.  Their families deserve answers.  The American people deserve the truth.  Where it will lead us, who knows?  Bob Woodward and Carl Bernstein had no idea when they were sent to cover the break-in at the Watergate Hotel where it would eventually lead them.

And there were no deaths there. 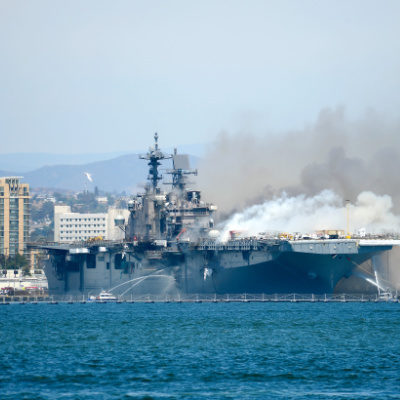