Previous post
Swalwell Attempts to Work Up a Media Frenzy, No One Falls for It

Next post
Liz Cheney: January 6 Will Happen Every Four Years 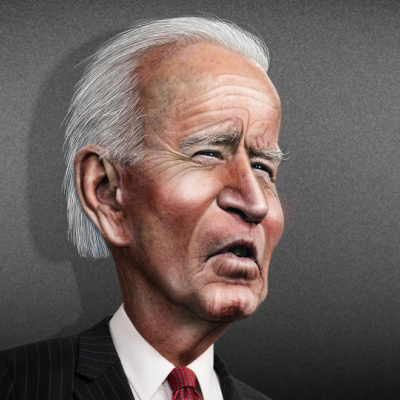 You know it, I know it, most of the sentient world knows that Joe’s brain functions are not as high as they once were. Now, I am not saying that that was ever a high bar, but he is mostly gone. Well, I do have one BLM friend who says it’s just his stuttering problem. I’m not kidding. Our Kim wrote the post on Biden’s Cincinnati Town Hall. You can read her full post here, but below is an excerpt:

The pandemic, of course, figured prominently into the evening. Someone asked a question about kids under 12 getting Covid vaccines, and Biden answered her. Oh, lordy, his answer! His mental freight train, chugging down its cognitive tracks, jumped track and took a dirt road:

“And the question is whether or not we should be in a position where are why can’t the the the experts say we know that this virus is in fact it’s going to be or excuse we we we know why the all the drugs approved are not temporarily approved and but permanently approved, that’s underway too, I expect that to occur quickly.”

Most everyone has seen the video of Joe wandering around in the wrong part of a Cornwall restaurant at the G7. If you haven’t you can watched the video, it’s here.

Anyone who is being honest knows that it is not that far fetched that Joe Biden would bark out, “My butt’s been wiped”. Let’s take a quick look, shall we?

Thank you, Tim Young, for the video with two different angles.

It does sound like, “My butt’s been wiped.” I could argue that he said, “Must what be what” because he couldn’t hear the reporter’s question over the rotor wash of Marine One, but it doesn’t sound like he’s asking a question.

CNN reporter and Presidential fact-checker Daniel Dale fact-checked the claim of Joe Biden saying, “My butt’s been wiped” and claimed he didn’t say it:

Since this is going viral in MAGA circles: no, Biden didn’t talk about his “butt.”

A reporter shouted over the ‘copter noise, of immigration reform, “Must it be in reconciliation?” Biden shouted, “What must be what?” He smiled, she repeated, he answered. https://t.co/U9j7t87SkX pic.twitter.com/IU5txmyyp8

Joe’s not funny. What Joe is doing to the country is not funny. “My butt’s been wiped” is hilarious.

I am going to tip the scale in favor of “My butt’s been wiped.” Listen to the giggles of the reporters after Biden’s loud bark. I think they were giggling about the fact that the supposed Leader of the Free World said that his butt has been wiped.