Previous post
American support is dropping, but hey, the Germans love him! 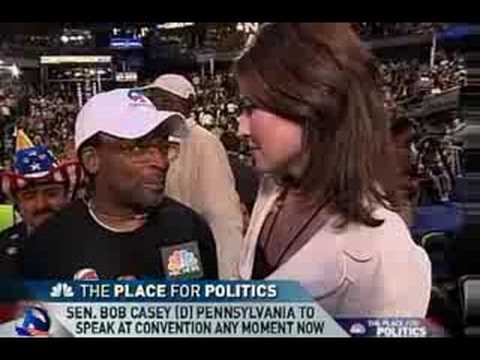 into a crowd of 80,000 screaming disciples, he will decend from on high unto his temple and perform miracles, signs and wonders for our terrible and broken country.  he will restore our hope and change us from a failed country laying in the gutter of despair to a strong and prosperous place were freedom reigns and the weak and down trodden from all over the world take refuge here.   hey wait…

not only will the faithful be there – those who fainted, adored, swooned, and worked their butts off on his campaign;

but stars and celebrities will be there too.  in fact, here are some words of wisdom from that great patriot spike lee explaining to all of us morons bo’s impact on all of humanity:

“It means that this is a whole new world. I think…I’ve been saying this before. You can divide history. BB Before Barack. AB After Barack.”

seems like i have heard something like that before –  bc (before christ birth) and ad (anno domini or after the birth of christ).

prior to the confetti, beach balls and fireworks that normally end the convention happen, will the obamamessiah give an alter call to the heathen (all of us heretics, unbelieving republicans and other thinking americans) to come into the fold?  count on it.