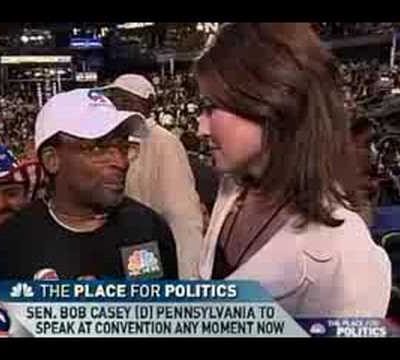 by Cassy Fiano in People 8 Comments

When you’re reading this, remember that Obama is a citizen of the world, and not the United States, so support from Germans does indeed matter. Even if they can’t vote.

Seventy-four percent of Germans say they would prefer Obama as president, with only 11 percent supporting McCain, according to the Forsa survey for N-TV and Die Welt newspaper. Among Germans under 30 years old, 84 percent said they back the Democratic senator from Illinois.

Obama boosted his popularity in Germany last month when he delivered a speech in Berlin’s central Tiergarten park that drew some 200,000 people. Germans also favor positions held by Obama such as his opposition to the Iraq war, combating global warming and greater engagement with European allies.

Wow… good to know that Germans support Obama. Meanwhile, American citizens who actually can elect him are liking him less and less. See? Campaigning in Europe did pay off! But hey, the mainstream media’s gotta do what they can to make it seem like their boy is still the Savior. So even if McCain is outpolling Obama, they have to find a way to make it appear that Obama is still the popular choice.

So hey, when you’re voting in November, just make sure to remember that Germany backs Obama. I’m sure it’ll be an instrumental factor in your decision.