Previous post
Amanda Marcotte is For Women! Unless Their Story Wrecks Her Narrative. Then Never Mind.

Next post
Was African Ambassador Waging War on Woman When He (Allegedly) Beat His Daughter?

As the NFL season begins this week, all the teams need to cut their rosters down to their top 53 players (excepting injuries). And the inevitable has occurred – the St. Louis Rams have cut Michael Sam.

You know who else got cut from the St. Louis Rams yesterday? Mitchell Van Dyk and Christian Bryant.

But because Michael Sam got cut, it is apparently a BIG DEAL. Sam, after all, is the first openly gay man to play for an NFL team. His drafting attracted HUGE media attention – and even a phone call from President Obama. (Yes, we see where your priorities lie, Mr. President.) And now that he has been cut, as so many other 7th round draft picks are, this is also apparently a BIG DEAL. Every single media outlet has covered his release from the team.

Now that he’s been cut, however, people are remembering the previous critiques of Sam’s football ability. He was a part of a good team at Missouri. But just being a part of a good team does not guarantee you a spot in the NFL. However, because the media is so wrapped up in the narrative of the openly gay man playing football, you’d think he was the only one being left out – which validates former NFL coach Tony Dungy’s concerns that he was lambasted for expressing about Sam being a distraction to the Rams.

Why is the #NFL focusing so much about #Michael #Sam getting cut. A 100 other guys cut today. Like #Tony #dungy said he is a distractIon.

Sam, for his part, was classy and gracious.

I want to thank the entire Rams organization and the city of St. Louis for giving me this tremendous opportunity and allowing me to (1/2)

show I can play at this level. I look forward to continuing to build on the progress I made here toward a long and successful career (2/2)

The most worthwhile things in life rarely come easy, this is a lesson I've always known. The journey continues.

Other people who know zip about football and just want to keep the media narrative going… not so much.

Michael Sam, Who Is Better At Football Than You Will Ever Be At Anything, Has Been Cut By the Rams http://t.co/4epZi8Qad4

I think that the Rams really and truly wanted Sam to be a standout player. Sure, the media attention would have been intense, but it would also have meant media coverage and ticket sales. And that is what the bottom line is – ticket sales. Sam would have had to be a standout player in the preseason in order for the Rams to justify keeping a 7th round draft pick. Surely Michael Sam, as someone who believes in his own football ability, would not want to be a media prop for the team. The team exists to win football games. In their consideration, Sam wasn’t good enough to help them win those games. And like so many other 7th round draft picks across the NFL, he was let go.

He might play again, who knows? And yes, someday there will most likely be an openly gay man who makes the opening day roster for an NFL team. But it should be because he’s earned a spot there by being one of the 53 best players the team could buy or draft, and for no other reason. And this year, this time, for this team – that wasn’t Michael Sam. 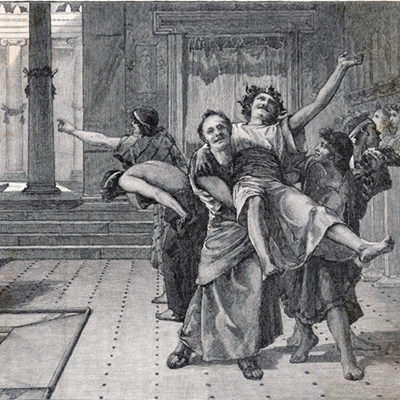