Michael Moore will make 50% of all of Sicko’s profits 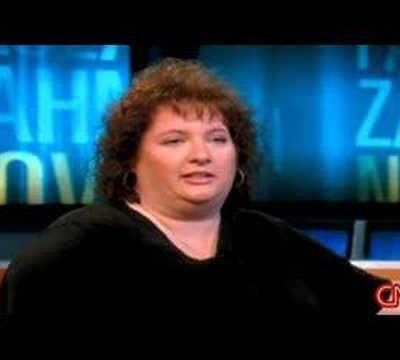 Next post
Our little boy is becoming a woman!

Michael Moore will make 50% of all of Sicko’s profits

Michael Moore, that man who just wants to spread the words of truth and freedom, will make an astonishing 50% of all of Sicko’s profits, the LA Times is reporting.

But what’s even better is the statement he made:

The ramifications of that loaded deal are not lost on the filmmaker, particularly since “Sicko” is arguably his most populist film yet.

“It’s a really interesting irony for me,” Moore says, as his chauffeured Lexus SUV (a hybrid) steers through afternoon traffic on the filmmaker’s return from a taping of “The Tonight Show With Jay Leno.”

While some filmmakers’ wealth can make their films seem elitist, Moore argues that his moviemaking and financial accomplishments actually have allowed him to remain even more focused on the real world.

“What it should do to me is remind me every single day that I have an even greater responsibility to do good with the success that I have been blessed with,” Moore says. “I need to make sure that I am able to make the next film with the money that I have made on this film.”

By being financially independent, Moore says, he is insulated from the corporate pressures that might try to dilute his impassioned documentaries, which include “Roger & Me,” “Bowling for Columbine” and the Oscar-winning “Fahrenheit 9/11.”
“The money allows me to never have to give in, never compromise,” says Moore, wearing his trademark T-shirt, jeans and windbreaker, his Michigan State baseball hat off for the moment. “Nothing can ever be held over my head in the sense of, ‘If you don’t do this, we won’t give you your money!’ ‘Oh, wow, I guess I’ll be in really bad shape, won’t I?’

“That’s an enormous bit of freedom that I have — to stay completely true to the things I believe in. But I have an even greater responsibility because I have been blessed with that great success. I challenge myself with that, constantly.”

“Certainly, the No. 1 question I get asked is, ‘What can I do?’ ” Moore says. “I am not prepared for that. Because I am not leading a movement to revolutionize the healthcare system in America. I am making a movie. I have spent a year and a half making this film, and this is my contribution.”

Moore says his first-class travel, accommodations and car service are not his choice, or even his preference (the latter statement has been disputed by some people who have worked with him).

People who resent his wealth, Moore says, are not generally working-class stiffs like himself who have moved into the upper class. “When one of us succeeds, we’re happy about that. We don’t begrudge that. The begrudging that comes from my success or my financial success comes from people who grew up in a little nicer home and somehow didn’t get the same break that I was fortunate enough to get in this business. So they are embittered.”

I love how he claims he doesn’t want first class treatment or anything… as he is being driven around town in a chauffeured Lexus SUV hybrid. Did I say love? I meant hate. I can’t stand when rich people try to make themselves sound more like us… “Oh, well, we don’t really splurge on too much, we try to spend our money responsibly,” says ____, speaking from the balcony overlooking the tennis courts, pool, and beach view of their estate. Good grief! This is America! We believe in capitalism! It’s ok to spend the money you earned on whatever it is that you want!

However, when you are part of the “do-as-I-say-not-as-I-do” class, like Michael Moore is, I guess you want to keep those little tidbits to yourself.

Anyways, I just found this interesting, to say the least — especially Michael Moore’s whole “Now I can be true to myself!” drivel. Yeah, yeah, we got it. Just stop talking. We’d all be a lot happier.

I also love how he says that his first few crockumentaries were “impassioned”… because he didn’t really care about those. He cares about the healthcare industry… even though he doesn’t want to lead a revolution to change it. Gotcha, Mikey.

I guess we can put it this way: if Dubya was for socialized healthcare, like what they have in Cuba and Canada, then you’d make a crockumentary railing about that, too, huh? Whatever conservatives are against and liberals are for — got it. Michael Moore’s foot, meet Michael Moore’s mouth.

As if I needed another reason to dislike Michael Moore… blech.