Our little boy is becoming a woman!

Our little boy is becoming a woman! 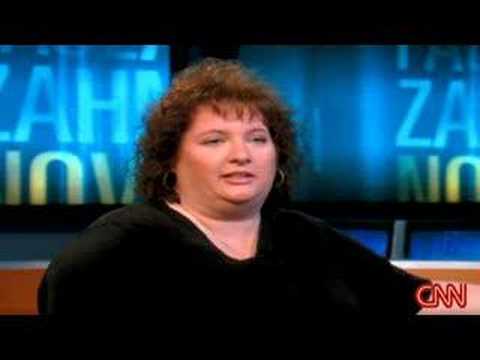 Bet you never thought you’d hear anyone be encouraged for saying that, huh?

A video on CNN proves that, for moonbattery, no low is too low.

Paula Zahn interviews a “transgendered” boy and his family. All right, fair enough. Transgenders can make that decision for themselves and their family should love and accept them for it, right?

Except, in this case, the boy is seven. Let’s start with his parents. They have five boys, and then have a sixth Paula refers to as “George”. And his parents started dressing and referring to him as a girl at around the age of two when they “realized” that he liked pink, pretty, and feminine things — which clearly was a sign from their eighteen-month-old that he wanted to be a girl, not a boy. And the mother gushes about how she “let” her four-year-old boy dress up in a pink gown, there was sheer joy in “her” face and how “she” came out of “her” shell.

More evidence that “George” supposedly wanted to be a girl was that he wanted to go to the bathroom in public with Mommy instead of Daddy — because, you know, little boys never use public bathrooms with their moms. That’s a rare sight, right there. They say “George” became depressed and angry, and attempted to cut off his penis with scissors. And the mother states, very seriously, that if she didn’t “let” her son become a girl, he/she would take his/her own life… “whether it be tomorrow, or the next week, or the next month”.

Because, you know, five-year-olds understand what suicide is and everything.

So the parents took him/her out of school for a year, grew out his/her hair, dressed him/her in girl clothes, and re-enrolled him/her into a new school as a girl.

One of the most disturbing parts of the video is when they interview “Ashley”, who agreed to be interviewed only if “her” face was hidden — because a seven-year-old thinks of things like that. And “her” answers seemed to come too easily for a seven-year-old to have thought them up on their own… it was too scripted, too coached.

As Van Helsing notes at MoonBattery:

In the olden days, if a disturbed child exhibited persistent delusions, science would attempt to provide a cure. But we’re more enlightened now. We indulge the delusions, and twist reality around in an attempt to conform to them. After all, who’s to say one reality is more real than another?

In conclusion, Zahn says of the parents:

They know they will face difficult decisions as [the boy] reaches puberty, but for now they say they’ll do whatever it takes to make their child happy.

How thoughtful. Apparently his future will feature hormone-induced mutation and sexual mutilation, all because no one was politically incorrect enough to refrain from feeding a small child’s delusions.

Frankly, this video makes me sick, and it doesn’t have anything to do with the transgender population making the choice to be transgender. It is because a child at eighteen months, or four years, or seven years, does not understand what transgender is. The parents are the ones pushing this on the child, and at less than two years old! How much more sickening can you get?!

I feel bad for that poor child… robbed of a normal childhood by parents twisting around innocent actions to fit their own sickening ideals.