Next post
Bill Barr Has It Right About Donald Trump 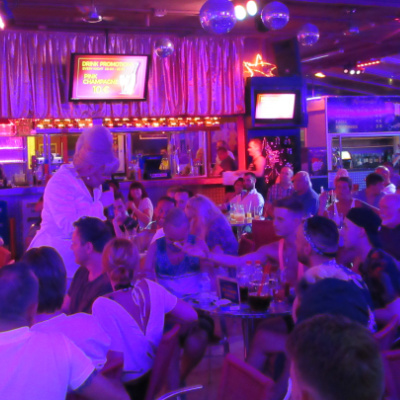 I could never be in the Left Wing in America because their ideology doesn’t work and is detrimental to human life. I may get frustrated with my fellow Conservatives for their lack of intestinal fortitude, but I know that they are not clinically insane. The Left Wing, as exemplified by Media Matters for America, is knucking futz, in every sense of the phrase. Eric Kleefeld writing in Media Matters called Right Wing criticism of a few in the LGBTQ community “pushing a campaign of fear and hatred”.

In case you have spent all your time preparing for a day of Thanksgiving, let me catch you up on the recent shooting. The shooting took place just before midnight on Saturday night. Five people were killed and nearly a dozen were wounded. Retired Army Major Richard Fierro and Thomas James, patrons at the bar, subdued the suspect. The suspect has been identified as Anderson Lee Aldrich. Mr. Aldrich was arrested in June of 2021 for threatening to blow up his Mother:

Sheriff’s deputies responded to a report by the man’s mother he was “threatening to cause harm to her with a homemade bomb, multiple weapons, and ammunition,” according to the release. Deputies called the suspect, and he “refused to comply with orders to surrender,” the release said, leading them to evacuate nearby homes.

In new video obtained by CNN, Aldrich appears to rant about the police and challenging them to breach the house where he was holed up.

“I’ve got the f**king sh*theads outside, look at that, they’ve got a bead on me,” Aldrich says on the video, pointing the camera at a window with blinds covering it. “You see that right there? F**king sh*theads got their f**king rifles out.”

There are now questions being asked about this incident:

Aldrich’s arrest in connection to the bomb threat would not have shown up in background checks, according to the law enforcement sources who said records indicate he purchased the weapons, because the case was never adjudicated, the charges were dropped, and the records were sealed. It’s unclear what prompted the sealing of the records.

Yes, lots of questions. Now that you are caught up, let’s deal with Media Matters blaming the Right Wing for pushing a campaign of fear and hate. Mr. Kleefeld’s article is “Right-wing media continued attacking the LGBTQ community after the mass shooting in Colorado Springs” and he writes:

The shooting must also be placed in the context of an ongoing right-wing hate campaign smearing drag queens and transgender individuals as “groomers” — predators who “groom” minors for sexual exploitation — that has already resulted in multiple bomb threats against children’s hospitals. Right-wing media personalities attacked anyone making the obvious connection between real-world violence and their anti-trans smears, accusing their critics of committing “blackmail” against conservatives while defending their own vicious anti-LGBTQ narratives.

Helpfully, Media Matters put out a compilation video of those “Right-wing media personalities” doing their attacking:

Today, if you are the least bit questioning about sexual subjects in elementary school or hacking off of children’s body parts, you are a hateful Transphobe or TERF. By the by, I cannot be a TERF. I have had Trans friends most of my life. I only exclude them from my bathroom stall and I am neither Radical or a (ugh) Feminist. Outside or inside the “community” you may not criticize. It is forbidden. Like Gays Against Groomers got banned from Paypal and Venmo. Gays Against Groomers is considered Transphobic.

Media Matters is committing social and emotional blackmail against anyone who does not rotely repeat the approved narrative will be shamed or shunned. Army Veteran and out and proud gay man Rob Smith noted this:

On Monday, conservative activist Rob Smith appeared on Fox Business’ Varney & Co., stating that as a gay man he had previously frequented Club Q when he lived in Colorado Springs. “We should all have the families and the victims in our prayers right now,” Smith said, calling the shooting “an absolute tragedy.” But, he then added in response to criticism: “There is a sort of far-left LGBT activist contingent that will stomp over the blood of these dead bodies in order to push their agenda, whether it is a gun control agenda, whether it is an agenda to bully and shame the people that are speaking up against drag queen story hour, against the sexualization and grooming of children that is coming from these far-left LGBTQ sort of circles.”

That is exactly correct. Media Matters doesn’t give a fig or a feather about the victims or our children. Both the site and Eric Kleefeld only care about our compliance and repetition of the narrative, whichever narrative it is. It’s not dissimilar to wearing your mask during Covid. It’s about them controlling us.

We pray for the families of the victims. We abhor violence of any kind against anyone. But, leave our kids alone. Non-negotiable. That had nothing to do with the Club Q shooting.