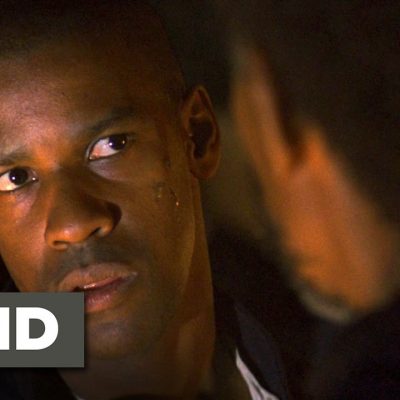 by Jodi Giddings in Headlines 23 Comments

Unless you live under a rock, you’re aware of the Not Guilty verdict reached in the second degree murder trial of George Zimmerman. So I won’t bore you with the details. Nor will I jump on the bandwagon of exploiting a dead American like the mainstream media, and the Obama Administration, have been engaging in ever since the fateful night when Trayvon Martin died. I will, however, call out their hypocrisy in cherry picking what killings to report, and which to ignore, or as many of us would argue, actively suppress.

I suspect you’ve never heard the name Antonio Santiago. Which would not be surprising since the mainstream media barely mentioned his name. In case you don’t know, Antonio was a 13-month-old baby who lived in Brunswick, Georgia. That is, until two teenaged boys became his judge, jury, and executioner.

After attempting to rob the infant’s mother, Sherry West, who had nothing to offer them, the two boys allegedly shot little Antonio, in the face, while he sat in his stroller, to the horror of his mother whom they also shot and wounded. Seventeen-year-old De’Marquis Elkins was charged as an adult with first-degree murder. The other boy, a 14-year-old, has not been identified because he is a juvenile, reported the Blaze. Now why has this story, which happened weeks ago, not garnered the raw outrage and nation-wide protests that the Martin case has, you may ask? I’ll give you three guesses, and the first two don’t count.

While I believe a person’s race is generally irrelevant in most instances (I’m a staunch content-of-character gal), in this case it is, at least from a blatant media bias and race hustler perspective. You see, the two young men who callously took the life of that beautiful little boy were, incidentally, black. In our current culture of exploitative, agenda-pushing, Trayvon Martin glorifying media, a murdered white infant gains them nothing. His name wasn’t even worth a mention on most airwaves. But Trayvon Martin does. His tragic death buys them racial division; it allows them to point fingers at their fellow Americans and label them “racist;” and it provides relevancy, and perhaps even wealth—Alveda King believes they may be receiving payment—to race pimps like Al Sharpton and Jesse Jackson. While they remain silent on the deaths of scores of young blacks, killed by other blacks, in cities like Chicago, the race hustlers exploit the Trayvon Martins of this world to push their selfish agenda and social justice, unwilling to discuss the real reasons, like absent fathers and a lack of quality education, why inner city youth are being decimated. They don’t desire an honest discussion, nor do they desire resolution, for that would leave them insignificant.

It is a sad, sick, upside down world we are living in today. Those who call themselves the leaders of our nation have willingly engaged in disgraceful race-baiting from Day One of the Zimmerman-Martin tragedy, while they continue to ignore cases like baby Antonio’s. And it has already had direct, severe consequences. Which begs the question: Do they really care about the deaths of every precious child in this country, or are those deaths but a means to an end, tragedies to be exploited, like the Sandy Hook survivors, in order to “fundamentally transform America?” I think I know the answer. And the evil it implies devastates me.

As I see it, we are witnessing reverse bigotry via Eric Holder’s Department of (In)Justice where Black Panther Party members are not prosecuted for intimidating voters, but a light-skinned man who was acquitted by a jury, and found not to have practiced racism by the FBI, is under its intense scrutiny. Meanwhile, it is unlikely that murdered children like little Antonio Santiago will ever catch Holder’s eye.

Reverse racism is alive and growing in our country, flying in the face of what the leaders of the Civil Rights Movement all those decades ago fought so bravely for: equal rights for all. Martin Luther King, Jr. said, “The ultimate measure of a man is not where he stands in moments of comfort and convenience, but where he stands at times of challenge and controversy.” I think Mr. King would be terribly displeased with those who currently call themselves our leaders.

**Here‘s an update on the Santiago story. Regardless of the outcome, the hypocrisy of the media and the Obama Administration and the consequences for America remain dire.