Previous post
Title 42 Will Continue, But DOJ Plans To Appeal 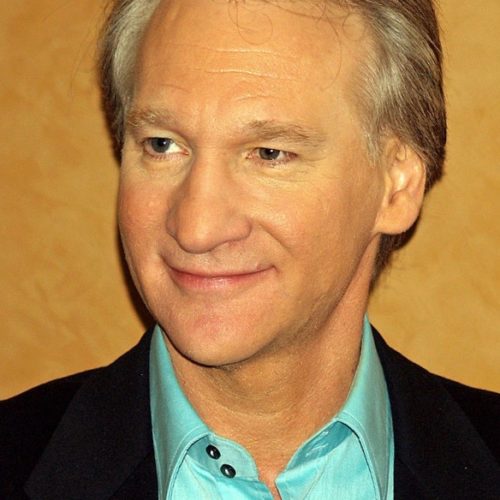 Real Time host, Bill Maher, decided to go there. Last night, he questioned the LGBTQ trend amongst our young people.

Maher is far from Conservative, but he has been vocal as of late in calling out the left on their ridiculous notions. Last night was no exception. NOTE: content may not be safe for work but well-worth the 9-minute watch:

Maher begins with this:

If something about the human race is changing at a previously unprecedented rate, we at least have to discuss itBroken down over time, the LGBT population of America seems to be roughly doubling every generation.

And he ends his monologue with this:

“If kids knew what they wanted to be at age 8, the world will be filled with cowboys and princesses. I wanted to be a pirate. Thank God nobody took me seriously and scheduled me for eye removal and peg-leg surgery!”-Bill Maher

Is it true that Bill Maher claimed this Trend-trend to be “California chic”? Why, yes he did. Maher mentioned the California cocktail parties where parents of young children claim to have a “trans” child. It’s all the rage these days in the hip, liberal circles of the rainbow-haired mom’s club. (Sipping Chardonnay): “My child has decided to be trans,” says one mom. “Oh yeah? Well, my child is trans-semi-pan,” says another. And what does indeed happen when one child comes to school and claims to be somewhere on the LGBTQ spectrum and their parents are cool with it? Others in the group follow.

This is a phenomenon we need to take into account when we look at this issue. Yes, part of the rise in LGBT numbers is from people feeling free enough to tell it to a pollster and that’s all to the good, but some of it is — it’s trendy.”-Bill Maher

This is where the Gen X-er comes out in me. I am happy that I grew up in a time of punk rock, spiked hair, safety pins in the ears (yes, it was painful) and non-malicious rebellion. As a young woman, I was not very “girly” at all. I wore baggy clothes, played field hockey, sang in choir, was part of the drama club, and did not have any interest in the jock on the wrestling team who asked me to dance in sophomore year (the irony that I am parent of a wrestler is not lost on me). In fact, boys scared me. Dating scared me. I knew the peer pressure of doing things that went along with dating and did not want any part of them. It was not because I didn’t think some boys were cute. I totally did. But to act on sexual impulse was not something I was ready for in my teenage years.

When looking back, I look to times like these where everything with our youngsters is over-sexualized. Gone are the days of non-malicious rebellion. Out with the old, and in with the new. The new is much more sinister, however. If a child is of the heterosexual persuasion, it’s all about social media as early as elementary school. It’s all about acting like a rapper or a Kardashian. Ever see a third-grade boy with a gold chain dropping f-bombs and rapping along to his favorite tune on TikTok? Ever see a fifth-grade girl in a halter top making duck lips? It’s cringe. Then, there are the young kiddos not yet on social media-the boys who play with babydolls and girls who play with tractors. This has spiked a trend in parents that perhaps their Kindergartener is “questioning”. This “questioning” eventually leads to the parental claim that their child is trans. No longer gay, as Bill Maher said, but trans. Parents are pushing their children to have sexual identities at a very young age. At an age where these children should be learning their ABCs and 123s and about the Golden Rule, they’re learning to recite they are “proud trans” and their birthing persons are pushing to get their names and preferred pronouns changed at the school office. In some cases, the schools are on-board with this and even promoting the dysfunction. Hell, our administration is actually on-board with this. Think about it. A senile, old clunk and his administration are instrumental in this identity crisis and current trendy behavior of our youth!

Even big-box stores like Target are even hitting it out of the park, according to UpWorthy. Need to buy your daughter who is a trans-boy a chest binder? They’ve got you covered!

Then, there is the sheer confusion of it all. My son reports to me about the high-school drama he sees in the hallways. Boys, already well-into puberty are dating girls who are also well-into puberty who want to be boys and then calling the girls they are dating their “boyfriends”. True story. And we will not even get into the girl who claims to be a boy who changes in the boys’ locker room. Then, there are the ones on puberty blockers in the middle schools.

Lack of bone density? Yeah, Bill, one would think that would be an important consideration to anyone who desires to have a skeleton. One, especially to a parent who is pushing puberty blockers on their “trans” kid.

I’m happy for LGBT folks that we now live in an age where they can live their authentic lives openly, and we should always be mindful of respecting and protecting. But someone needs to say it. Not everything’s about you.”-Bill Maher

What Maher said ought to trigger a few. You know what? To grown-ass, liberal adults who have been able to go through their childhood and grow comfortably to decide who they are as they got older, it’s not about you. This is about a generation of very emotionally unstable, confused children who are following a trend brought on by adults in the political arena. A trend that does not pass but has lasting and sometimes damaging impact to their physical being and psyche. This is about how your ideologies are impacting these children. And it is wrong.

When I was seven years old, I wanted to be Wonder Woman when I grew up. I would spin around on the schoolyard in the hopes of changing from my Catholic School uniform into her superhero costume. It never happened. I came to terms with this. My mother bought me a Wonder Woman swimsuit and Under-Roos and gave me realistic expectations of fantasy versus reality. There were times in my dating life in college where that magic lasso to make men tell the truth would have come in handy, though.

Doesn’t look like Maher had a magic lasso around him last night but he did indeed spit the truth. What I would not give to go back to the days of bright red, trendy Reebok high-top sneakers and passing notes in the hallways for our kids right now.